Disney+ has a blockbuster opening year Pokemon Go did it in 19 days. If that didn’t demonstrate the power of gaming, then nothing does.

Late comer Disney + took just 16 months to do the same.

And by spending vast sums of money, about $8bn last year, Netflix has come to dominate the streaming market. It had 204m customers at the end of 2020.

A sign of its dominance was when it offered to throttle its picture quality during the first months of lockdown, to ease traffic on the global internet.

But all the other broadcasters In the United States wanted in on the action and a plethora of competing services have emerged – including Hulu etc.

South Africa’s own MultiChoice has a superb streaming service of its own, ShowMax. Meanwhile Amazon’s Prime video and Apple’s own TV initiatives have launched with brilliant shows of their own.

It truly is a golden age of television. It doesn’t hurt that we’ve mostly been locked down, watching from home – the other #WFH acronym.

Disney’s powerful brand has been a strong drawcard, as are it’s equally powerful entertainment franchises in Marvel, Star Wars and Pixar.

Even more interesting is that Disney+ is eschewing the binge-watching, entire-season release schedule that Netflix pioneered.

Disney+ has returned to the traditional weekly, single-episode release. Lovers of great shows like The Mandalorian and WandaVision have been prepared to wait.

Disney CEO Bob Chapek is understandably confident, saying the streaming service’s “enormous success… has inspired us to be even more ambitious, and to significantly increase our investment in the development of high-quality content.”

There’s another interesting development coming as Netflix seems to be on the edge of stopping the widespread practise of sharing passwords. That might increase Netflix numbers somewhat but it won’t be enough to match Disney’s growth.

Where are these new subscribers coming from? Are they being cannabalised from other services?

There was a time when you could only, and only needed to, subscribe to one streaming service, Netflix.

But all the broadcasters, and Amazon and Apple, wanted their own piece of the pie. The question is, how big is the pie? And how many people are going to subscribe to every service?

I subscribe to Netflix and Amazon Prime Video while Showmax is included in my DStv Premium package.

Disney Plus has a vast library of content and great brands to draw from.

And they have found a way to get the premium for a theatre release by charging $30 for new films which are showing in theatres, in the few places it’s possible. Subscribers well be able to watch those films for free a few months later. 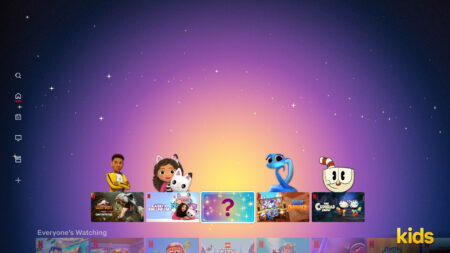