Would you pay R250,000 for an iPhone with Fortnite preinstalled? This is a twist in the Epic Apple debacle that no-one saw coming, but we’re not surprised at all. People have started selling iPhones with Fortnite preinstalled on eBay for ludicrous prices, following its removal from the Apple App Store. It’s Flappy Bird all over again, only this time people are seriously pissed off.

Last week Apple removed the popular battle royale title from its App Store, making it virtually impossible to load the game on any i-device including iPhones. Shortly after, Google followed suit, removing Fortnite from the Play Store. This came after Fortnite developers Epic Games introduced a new payment mechanism users can use to buy V-Bucks, the in-game currency, that cut Apple out of the loop.

This meant Apple wouldn’t receive its 30% commission from payments made through the app — and this made Tim Cook rather cross. Shortly after, Epic served both Apple and Google with lawsuits, with the ultimate goal of the suits (hopefully) being making the platforms more accessible and affordable for developers. 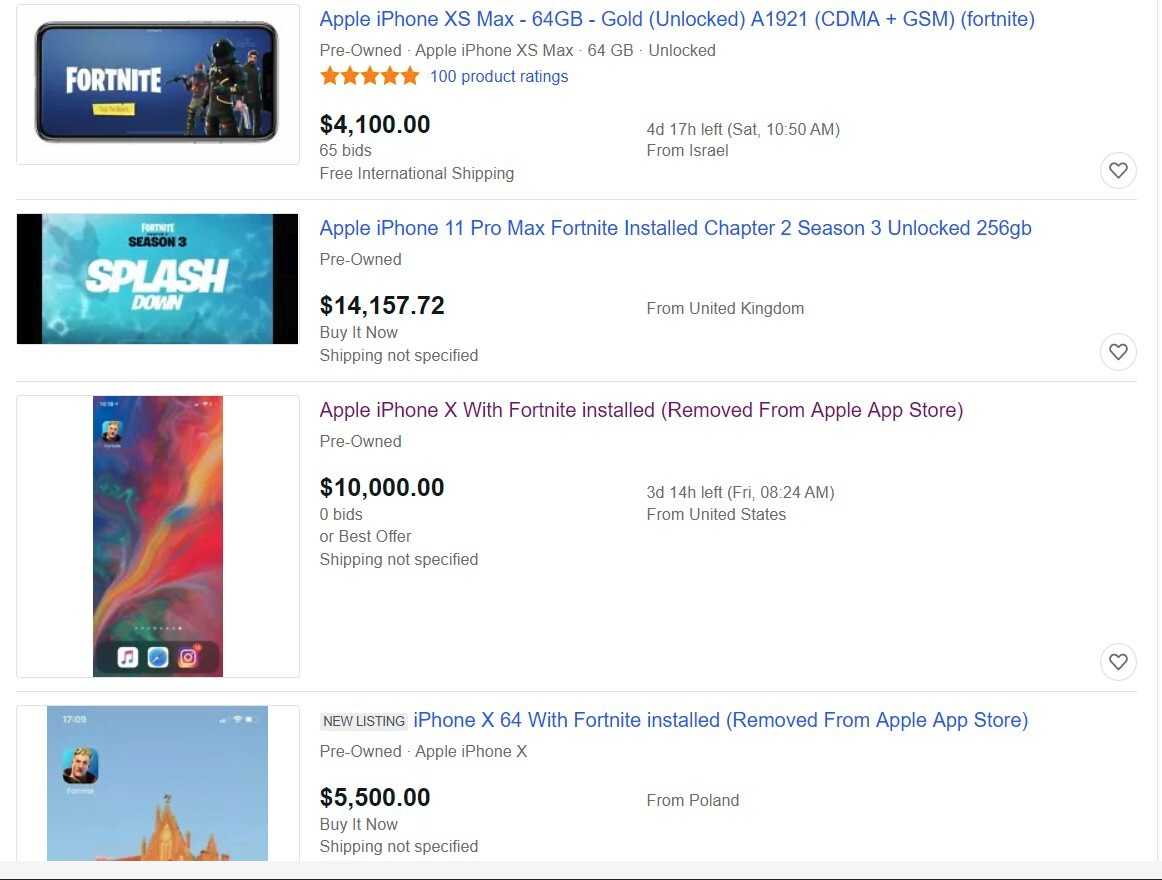 Although it’s relatively easy to sideload APKs of apps onto Android devices, that’s not the case with Apple devices. All apps loaded on Apple devices need to route through the Apple App Store, which means Fortnite is off the platform for good while the court case is handled, at least. So the obvious next step? People are selling iPhones with Fortnite preinstalled for insane prices online, ranging up to $14,000 for an iPhone 11 (which loosely converts to R250,000).

There are numerous listings on eBay, and we’re impressed that people saw this business opportunity immediately. We can’t see that someone would be so keen on an i-device with Fortnite that they’d invest their life savings but if you can afford it, just get an Android. Even better, get a high-end gaming rig.