For a relatively small (sometimes zero) investment, you can tote along hours of fun on your Android smartphone or tablet. It’s not as easy as Apple’s curated store but that’s what Stuff’s for. We’ve got you covered when it comes to Android gaming quality.

No matter which of these titles you choose — be they free-to-play, paid, or in-app payment supported — you can be sure of one thing. They’ll be well worth either the cash investment or the entertainment you’ll get from little more than the price of the download.


If you’re looking to play some FIFA, then go and play some FIFA. Get an Xbox. But if you’re after some retro-style football, either on your phone or tablet, then Retro Goal is where you should look.

It harks back to the days of the SNES, design-wise, but its developers have cleverly modernised the touch controls so that swipes and taps will have you headed to victory in no time. There are even sections that slow down, at crucial moments, to give you some epic shots.

Yes, there are in-app payments but you really don’t need to spend a cent. What you earn in-game will let you level your team well enough that actual cash never comes into it.


How fast are your reflexes? However speedy you reckon they are, ALONE... will make you reconsider your ability in that line. A bit like NES classic Macross, a little like Flappy Bird, and a whole lot like an endless runner, this one’s going to have you biting your nails.

Navigate a speeding ship through a cave system, dodging the changing environment, falling rocket, projectiles and anything else the game throws at you and might might eventually get somewhere. Play is as simple as sliding your finger up and down.

That’s about it. You’ll die, sometimes fast, sometimes after an adrenaline-pumping few minutes, and then you’ll head back and do it again. That’ll all you’ll do, but it’s also all you’ll need to.


We’re not sure what you’re expecting from a game like Giant Dancing Plushies. Pretty much everything is in the name. The developers aren’t doing anything more clever than being descriptive here.

So, basically, you control a gigantic dancing stuffed animal as you stomp through a city and squish everything you come across. But this is a rhythm game, because making it a straight-up action title just wouldn’t work for some reason. Matching the beat is how you’ll get along here.

There are various unlockables, because you gain XP for your widespread destruction. Unlock new plushies so you can go out and do it again. There are also new locations to destroy, as well as combos to unlock. It’s absolutely insane, but it’s gloriously so.


Okay, so this is a bit like if you took Left 4 Dead, Days Gone and ran it through an AI that was fed a steady diet of classic Zelda games, but it’s quite a trip. A road-trip, that is. Death Road to Canada sends players on a zombie-filled trip from Florida to Canada to escape the hordes of the undead.

Along the way you’ll drive, stop, shoot and loot your way through all sorts of scenarios. The game is randomly generated, so you can expect a spot of weirdness, and actually making it to your destination will be an exercise in both skill and luck. Mostly luck, we think.

But it’s tense gameplay, incorporating stealth, action, shooting, and more than a little RNG, combined with the sort of pixel-art weirdness that’s endlessly charming. Just like those Canadian folks you met that one time at that thing.


There’s a little Freelancer and a little No Man’s Sky in this gorgeous-looking space shooter published by a ‘real’ video game company — Deep Silver. But no, Johnny Gat isn’t in this one.

What is in this one is a 20-hour campaign, ads, and in-app purchases, but you’ve still got a heck of an experience ahead of you despite all that. Fly, fight and trade your way across the galaxy, battle aliens and pirates and upgrade your ship(s) and space station.

If you choose to buy it, that is. It’s perfectly possible to spend cash on this one but it’s also completely optional. We’re sure the devs would prefer that you did, though.


This top-down shooter has a thing for replacing the letter ‘u’ with the letter ‘y’, probably for Dredd-ful reasons. It takes place in the city of Edenbyrg, where players control the Jydge. This is a customisable law-enforcement officer that tends to go all Demolition Man at the slightest provocation.

You’ll customise your own warrior and then send him after bad guys. And good guys, if they happen to do silly things like ‘not get out of the way in time’. Walls are more or less optional and justice is served fresh and steaming. Like coffee. Or turds. Depends on your point of view, really.

There’s no real artistry to this one, just wanton destruction in the name of ‘peace’. So it’s basically every cop movie made between 1982 and 1996, really.


For something a little slower-paced and cerebral, a bit like the first Resident Evil without the zombies, check out The Room: Old Sins. You’re investigating the disappearance of an engineer and his wide, which eventually leads you to an attic and a dollhouse.

Using video game logic, you wind up inside the dollhouse and you’ve got to navigate the mysteries it contains. There are loads of puzzles to uncover and solve as you navigate from room to room.

It’s not just shades of Sherlock, though. There’s a solid chunk of horror to get your heart pumping, even if the pace isn’t quite enough to start the adrenal glands flowing.


You might have encountered this one on one of the big-boy consoles and now it’s available on Android. This is a platform-puzzler that looks to be part Journey and part Child of Light. The concept is simple — unlock doors, keep moving on.

But it’s in its presentation where the game shines. You play as Gris, who has lost her voice and been dropped into a colourless, ruined world. It’s up you to find your way out.

The painted style is a joy to experience and there are all sorts of encounters that elevate this one beyond a mere platform game. Top-notch animation drive the story, but you may need a second go-around just to appreciate how utterly gorgeous GRIS is. We don’t like to throw the word ‘masterpiece’ around but this… definitely justifies it.


Do you ever feel like you have too much time on your hands? Well then download Civilization VI and never worry about that ever again. The formerly PC-only strategy title has had a few good years on mobile and this is just the latest way to never fall asleep again.

As usual, it’s all about evolving your empire through as many tech stages as possible, fulfilling various defeat conditions. It’s not just about making the largest, nastiest weapons before your opponents — but that’s certainly an option. But there’s a catch.

See, you’ll only get 60 turns for free. This is enough to convince you whether you’re willing to open your wallet for more, and then there are expansions to consider as well. Perhaps keep an eye out for a sale, as those can knock down the price of Civ considerably.


When smartphone makers tout their high-end 120Hz screens, it’s because they’ve got games like GRID Autosport in mind. Formerly a PC and console exclusive, it’s now playable on Android and damned if it doesn’t look as good as its larger counterparts.

There’s more than 100 cars and circuits to choose from, the ability to customise your ride and a whole lot of driving simulation to get to grips with. And it’s not exactly an arcade racer. Finesse is required to get you across the finish line on the podium.

But if you’re actually in the market for a racer that’s more flash then substance, just head on down to our next game.


If GRID is the mobile version of Forza Motorsport, then Asphalt 9 is Forza Horizon — just as good looking but a little less complicated on the technical level. By which we mean each racer is a high-speed stunt-racer where anything goes and physics are kinda optional.

There’s not too much to control here. Follow onscreen prompts to drift, jump and blast nitrous through the engine block while dodging as much as you need to to get across the finish line. It’s all about some sort of desire for expeditious velocity. If you catch our drift.

Does it make a whole lot of sense? No. Does it have to? Also no. Just download it, unless it comes preinstalled on your phone. That also happens a lot.


They really should make a skateboard version of this game (wait, they did). All you need to do is take the Invisible Man BMXing in Touchgrind BMW 2.

It’s a bit of a weird one — you play this game with two fingers, as though each digit is controlling the handlebars and seat respectively. Roam tracks and parks, flipping and spinning at a touch or swipe of your fingertips and (hopefully) sticking your landing.

Getting used to the control method will take a little while, however, so persevere until you get the hang of it. It’s a little like Dark Souls in that sense — it takes a while before the systems all make sense. Even then, disaster is still moments away. That’s what makes this one so fun. That, and the backflip tailwhips. 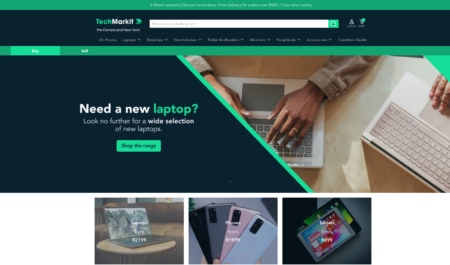