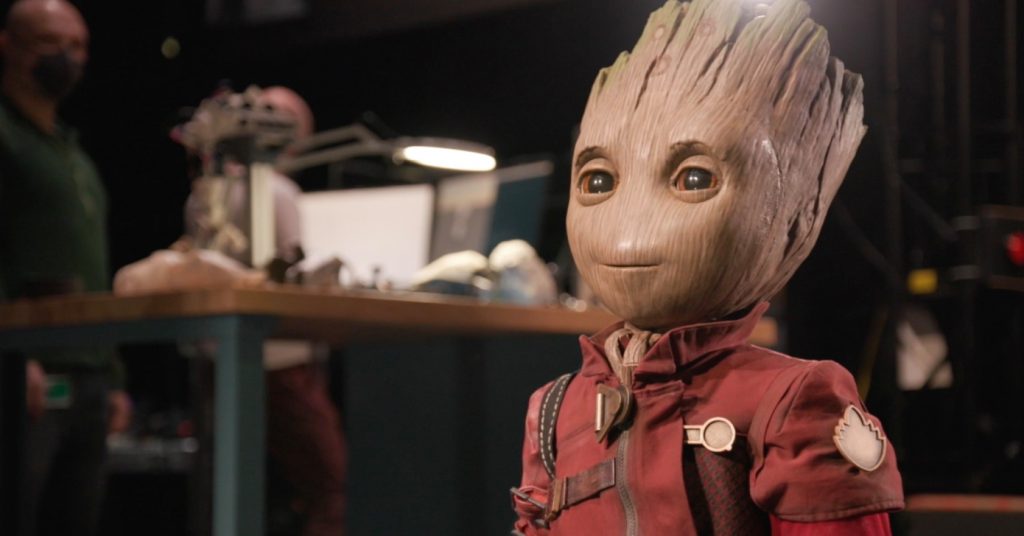 When they say robots are coming for our jobs, they’re not joking. Especially if ‘they’ is Disney, in this case, and ‘our’ is the people in Disney princess outfits. The company’s Project Kiwi is reportedly working on robotic life-sized versions of our favourite Disney characters, including Guardians of the Galaxy’s Baby Groot.

Project Kiwi is Disney’s new Imagineering research and development studio that’s been tasked to develop its robotics platform. These robots will take the shape of a variety of Disney characters. These life-sized critters will be used to populate the Disney theme parks in lieu of real-life people in costumes. That means children won’t be able to tell the difference between the on-screen character and the robotic one. Because those Goofy and Mickey Mouse suits are slightly terrifying. Not to mention Barney the dinosaur. Thanks to Project Kiwi, Disney’s creations will finally come to life.

The majority of the robot’s components are custom-made, according to Engadget. In addition, they’re building these machines with some interesting features, like making them hollow to allow for increased airflow. According to reports, they will last 45 minutes on a charge. Because you don’t want Baby Groot to catch on fire during a chat with a tiny human.

Netflix had a stellar haul at last night’s Academy Awards If anyone’s still on the fence about the quality of streaming service content versus big-budget Hollywood films may be interested to know that Netflix grabbed seven Oscars during the 2021 Academy Awards. This made them the most successful studio of the night.

Even though the studio couldn’t pick up Best Picture this time around (it actually went towards Disney’s Searchlight studio’s Nomadland), it did grab Best Documentary Film for My Octopus Teacher. The doccie was incidentally filmed in South Africa by director Pippa Ehrlich. Other studios that made the cut include Pixar for its animated film Soul that’s distributed on Disney Plus and Amazon’s Sound of Metal. Hold onto your critic-hat, because even Facebook managed to nab an award for a 24-minute film Colette, that featured in Medal of Honor: Above and Beyond, on the Oculus virtual-reality platform. It won the best documentary short film. It’s also the first video-game franchise to win an Oscar, which in itself is game-changing.

You may say that streaming services had a good run this year simply because the filming industry was hit by COVID-19 restrictions for most of the year. Thing is, everyone was hit by restrictions — it seems streaming platforms are pumping out more content on smaller budgets, allowing for a whopping 35 nominations this year for Netflix. This weekend, India broke the record for most COVID-19 cases recorded in a single day, capping out almost 350,000 cases in a 24-hour period. In addition to this, citizens of the country and beyond have taken to Twitter to raise their concerns. Right up until the Indian government requested Twitter remove all critical tweets.

On Friday, the country’s government sent the social media platform an emergency order to remove a total of 52 tweets. “The tweets came from accounts belonging to a member of India’s Parliament, two filmmakers, an actor, and a West Bengal state minister…” Cnet reports. The government is under fire for its methods in handling the current second wave of COVID-19 in the country. Twitter removed the tweets as per the request it received but said that it informed the users of the reason why their tweets were removed.

“When we receive a valid legal request, we review it under both the Twitter Rules and local law. If the content violates Twitter’s Rules, the content will be removed from the service,” a Twitter spokesperson told the site, according to Cnet. “If it is determined to be illegal in a particular jurisdiction, but not in violation of the Twitter Rules, we may withhold access to the content in India only. In all cases, we notify the account holder directly so they’re aware that we’ve received a legal order pertaining to the account.” Right. Just as we forgot that traditional TV ads are still a thing, Google shows off with a prime ad spot in the Academy Awards show this weekend. The ad, named “A CODA Story”, details how the world has changed since the pandemic began. It looks at how specifically families have been impacted, most turning to video-calling to stay in touch.

Now that everyone can stay in touch at the ‘touch’ of a button, it’s important to make all technologies more accessible to people with disabilities. “Tony, a Google employee, starts by introducing the term “child of deaf adult” (CODA)…” 9to5Google reports. Here, Google shows off its Google Meet auto-caption feature that now recognises English, Spanish, French, German, and Portuguese. In the ad, Google shows off its newly developed user interface that’s fitted with more intricate controls and increased utility for the WFH generation.

“Meanwhile, Live Caption on Android and Chrome does the same for any video or audio playing on your device. While captions are a staple of movies and TV shows, they are not common in real-time or homemade content,” 9to5Google reports.