Although we tested the MegaPower power bank in the 50k capacity (R5,000), it also comes in an 80k (R6,500) capacity if you need even more power to keep things running in your house. If you’ve got a whole bunch of these, you can probs power a whole house, bar big appliances, but at this stage we’re just happy if we can finish bingeing Cobra Kai on Netflix even when load shedding hits.

When you’re this deep into load shedding or, to use the politically correct term, ‘rolling blackouts’; you get to a point where you really need to make a plan to keep that interwebs on for four-hour intervals. But getting the perfect power-up solution for your load shedding needs goes deeper than just walking into Makro.

We’ve covered topics on how to choose the best solar panel, what an inverter is, which generator suits your needs and even how to go off the grid completely. But what if your load shedding needs are more… minimal? What if all you want is to keep the WiFi on long enough to binge Netflix until the lights come back on? Or maybe you just want to keep the TV powered up for a bit longer and charge up a smartphone. If this is the case, the RCT MegaPower supply is an ideal companion.

We had a good few weeks to spend with the MegaPower MegaPower 54,000mAh AC power bank and it’s easily one of the most useful little batteries we’ve used.

You don’t have to hide it As with most things that do the heavy lifting in tech, like network infrastructure, batteries and cables, UPS units and power banks of this size are generally… too ugly to show off front and centre. There’s a reason most of that stuff is hidden behind big steel doors or within walls — no-one really wants to see it. But it’s all essential so you have to put it somewhere.

This isn’t the case with the RCT MegaPower power bank. Its design is sleek and rounded on the edges. This is a 53,600mAh power bank you can proudly show off on the counter if you have to. Nobody’s going to know what it is, at first, anyway.

Unexpectedly, our favourite part was the attractive packaging that presented this little battery as a high-end product. You can get away with presenting it as a gift, while not looking like a wacko giving their friend a mere power bank.

Power to the WiFi 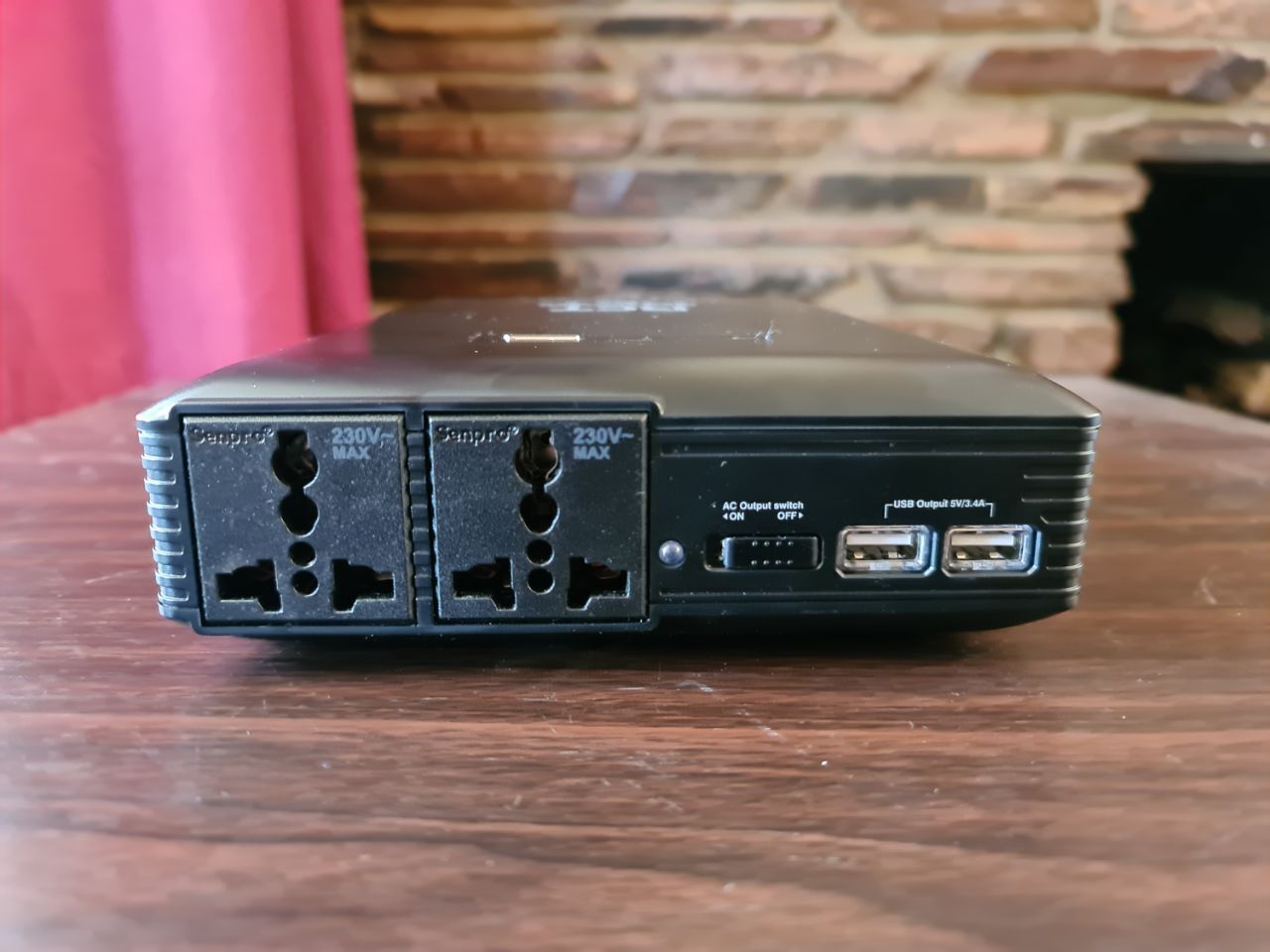 Complete with two 230V AC outlets, two USB Type-A’s and one USB Type-C, there is ample space to charge up a few key electronics during blackouts. We mainly tested the unit with our fibre-WiFi setup, including the router and the wall-mounted CPE, and what a little battery pack this is.

It’ll easily power through a long session of load shedding. Or one of those ‘planned maintenance’ sessions where no-one was actually told and the suburb loses power for eight hours? Yeah, those are the worst. But at least you’ll have the MegaPower unit to keep the interwebs running while charge up a smartphone or two.

Read more: How to keep the WiFi on during load shedding

This power bank keep a router and CPE running for up to eight hours in one sitting, more than enough for a ‘usual’ session of load shedding. If it’s completely depleted, it’ll take another eight hours to charge up.

It can even power notebooks for up to four hours, and the same goes for a low-powered LED TV if you just can’t live without the big screen while the power’s out. But only having two ports and a max capacity of 200W limits the number of electronics you can keep powered with this little bugger, so use it sparingly. They call the RCT MegaPower 54,000 mAh AC Power Bank a universal power bank for a reason. You can use normal 2-pin plugs or universal adapters, and it’s got separate USB ports for smaller electronics and smartphones, which is a sweet bonus.

Although we tested the MegaPower power bank in the 50k capacity (R5,000), it also comes in an 80k (R6,500) version if you need even more power to keep things running at home. If you’ve got a bunch of these, you could probably power a whole house, barring larger appliances, but at this stage we’re just happy if we can finish bingeing Cobra Kai on Netflix when load shedding hits.