The sun giveth, and Eskom taketh away. Here’s how to go off the grid If you haven’t yet, it is about time to start researching alternative energy solutions for your house. The future of electricity in South Africa looks dull indeed. And while Eskom decides who gets to flip the switch when load shedding strikes, the sun is beaming down free energy from above.

It makes logical sense for us to harness this energy, right? Instead of relying on a grid that could collapse at any time, it’s not that hard to implement a solar system at a residential home. The only thing is: the initial investment may look daunting.

First things first. We need to do a wee bit of math to get to the actual cost of installing solar power at any premises. You’ll need to figure out just how many kilowatts your house uses on a daily basis. The national average monthly consumption for a typical household, according to Eskom, is around 600kWh. Kilowatts is a unit of measurement, and it the amount of power used, multiplied by time. There’s a relatively easy way to figure this out: check all of your appliances — they should have consumption numbers. If it’s listed in watts, don’t panic. There are 1,000 watts in a kilowatt.

Keep in mind that your TV isn’t on all day ‘erry day (or at least we hope not). So, you’ll need to calculate it’s watt-hours by taking the number of watts it consumes and multiplying it by the number of hours you use it.

Another, hassle-free way to do it is by reading your power bill at the end of the month. But with the power utility cutting corners by doing estimates, you might be bamboozled by the use numbers. We recommend doing it the old-school way and reading labels and/or manuals.

Shake up your behaviour

If you’ve just realised that 1) you’re bad at math and 2) you’re using way too much power, you’ll have to make a few power consumption changes. This is especially true if you plan to go off the grid completely. You’ll need to kick a few of those habits. First, the sun is only out for part of the day, obviously. So you’ll have to schedule most of your consumption during peak sunlight hours. You can also replace certain devices with lower-power devices, like using LED lightbulbs in lieu of the incandescent ones we’re used to.

For those dark times sans sunlight, you’ll need items to store the power the solar system has generated throughout the day.  So excluding expensive solar panels, you’ll need some other expensive things called deep cycle batteries. And an inverter.

Just know that any one of these could cost you upwards of R3,000. You’ll need a deep cycle battery or two (depending on the output you want), and an inverter. An inverter is a thing you need to change DC current from your battery into AC current that can be used to power your house.

If you’re not an electrician, you better call your cousin from Brakpan to come and help you set this up. He should be able to explain to you how much power output your inverter provides — so you’ll know exactly how many devices you can run on it. You may get more than a few appliances running on one of these, depending on the size inverter you’ve purchased.

We’re not gonna lie, though, getting an inverter and a couple of deep-cycle batteries won’t be cheap. You can buy pre-built units for around R6,500, but if you’re going all-out you could find yourself spending anything from R15,000 on your inverter (pure sine, for preference) and between R3,500 and R12 000 per deep-cycle battery. But at least you won’t have to listen to a generator groan when the power’s out.

Above that, the solar panels themselves will cost a whole wad more than that. This is probably what is stopping you from converting to solar. Right? We get it.

We’re sounding like financial advisors again. But, installing a solar system should be seen more as an investment than flipping the bird to Eskom, especially considering the typical solar panel installation (with a 4-7kW peak output), can cost anything between R60,000 and R100,000.

If you do all the fancy math stuff, that translates into roughly R1.30 per kWh for the next 15 years. Which is impressive considering you could pay as much as R2.20 per kWh on the grid, depending on where you live. Using the previous example of 600kWh a month, the house is using around 20kWh per day, which is relatively high. If you’re not prepared to pay upwards of R200k for a solar system, the first step is to get your consumption under control. Push those numbers down, fam.

Let’s say you don’t currently have R100k for a solar system that can handle your power needs, there are options. Many banks are approving loans to help people implement solar power in their houses. How very nice of them… While this is an option, more debt isn’t necessarily what we want.

Some alternative energy companies in SA also offer a loan facility, where you’ll pay a monthly fee to have a system installed. It’s just a different way to finance your system.

This method is for those blessed with self-control. The faint-willed will suffer, but the payoff is worth it. A solar system can also be installed in segments, which means you cough up money as you save up to install. This way you’ll convert your house stukkie-for-stukkie. This allows for more efficient use of your budget and time. As pieces of tech start running off solar power one by one, your contribution towards power utilities should drop.

You can get a 1.2kVA system (kVA is just a measure of energy) which has an output of almost 1kWh, for R10,000. Get one of these once every two months for a year and your output is already at 6kWh per day. That’s decent.

To supplement solar energy, you’ll need to change up your behaviour, and invest in a few more things. Yes, this is becoming an increasingly expensive endeavour, but it’s worth it. We swear. 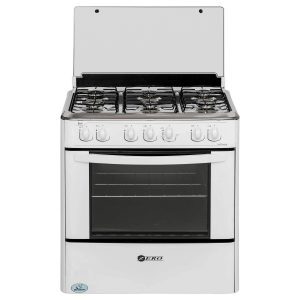 Generator Ex: You’ve got your renewable power patch, now you can burn some fossil fuels to make up for the top-up you need when it’s overcast outside. Yeah, solar won’t work without sunbeams. A generator will set you back anything from R2,500 to R100k, but nothing will take away the pure resentment from your neighbours.

Such an environmentalist: An easy way to cut down on coal-powered Eskom current, is by converting a few big items. The Zero 6-Plate Gas Stove is a perfectly proper replacement for an electric stove at R4,765 (livestainable.co.za). A solar geyser is also a viable option, you can get a Low-Pressure 100L Solar Geyser for R3,290 (shop.thesunpays.co.za).