You may or may not have noticed but South Africa’s in a bit of a power bind. And not the good kind of power struggle, that looks good on TV and may hook a few advertisers. No, our power struggle is a literal struggle for power. Load-shedding, a word that’s been around since 2008, is back and it’s not going away for at least 18 months (and if Eskom’s saying it, we reckon we should double the number. Eskom likes to double the number without warning).

But your struggle for power doesn’t have to be a massive struggle. We’re all rocking electric devices and those devices make life easier when it comes to power outages. The trick is keeping those devices topped up when Eskom’s out — three hours of gaming on a Nintendo Switch will ding the battery pretty hard. There is an obvious answer, though: batteries. Loads and loads of batteries. Lithium-ion, Lithium-polymer, lead-acid — there are ways and ways to keep your kit from er… kollapsing. Here are the battery packs you should be considering. Odds are you’ve seen this thing sitting in vast numbers in a South African shopping centre. There’s a reason why it’s everywhere, as it happens. Magneto’s rechargeable lantern is just the thing you need to light up your home on a dark and load-sheddy night.

It’s powered by a large (and replaceable) lead-acid battery, which promises up to 60 hours of light. Which, by our calculations, is five 12-hour nights of uninterrupted load-shedding. Hopefully it won’t come to that (ever) but the bank of bright LEDs ensure that you’ll always be able to see what’s going on in your home at night — no matter what skullduggery Eskom happens to be up to.

But what’s it doing here? Isn’t this article about power banks? About that… Magneto’s LED lantern will also top up pretty much whatever you’ve got. That cuts into your light time, obviously, but if you’re choosing between another episode of Doctor Who on your tablet or enough light to see where the mozzie got to, we know what we’d pick. Another bonus? This one’s compatible with solar panels, so you can top it up as long as the sun’s out (and you have a solar panel). Do your worst at this point, Eskom. 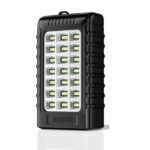 Magneto’s smaller brother, also named Magneto, is a more compact model with a lower uptime but also a lower profile. There are two power modes (all the LEDs are lit on both — it’s a question of intensity) and you’ll snag about five hours on a charge — enough to last through a standard South Africa shedding episode. If we go to Stage 7 or 8, though…

It also charges devices, though it’s a little less useful for that as the included lithium ion battery… could be larger. But it’s compact, it’s cheap, it’ll charge your phone, and it’ll keep you from tripping over the furniture. If you’re a camper, you should own one anyways. A combination power bank-LED torch isn’t just something you need for load shedding. This is a life essential that everyone should have at least two of. Why? Because have you seen how long these bloody things last?

You’re never going to use its 2,000mAh Li-Po battery to top up your phone. Your smartphone’s battery is too big for that, but this little torch will do in a pinch if you need to keep going just a little longer. No, what you’re keen on here is the LED torch itself. It’ll last for ages on a single charge, making it a useful addition during regular outages as well as load shedding. Its IP64 rating means it’ll handle the elements fairly well so it’s excellent for camping, and the aluminium casing means you that while you can stomp it to death, that’ll take a little effort.

Let’s run through that again. Bright as heck (120 lumens), fits in a pocket, runs for ages, won’t die if you breathe damply on it — like we said, it’s not just useful for load-shedding, it’s useful for everyday life as well. 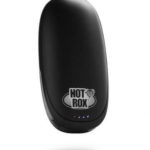 Yes, we know what it (kinda) looks like, no, it isn’t what you think. This power bank is just a dinky little hand warmer, which might seem silly now in the balmy (or humid and sweaty) February weather. But when Eskom’s killing the power as the mercury is approaching zero, you’ll be glad that you tucked this thing in your car/bag. It’ll give you up to six hours of warmth (which is cut down to three on high), allowing you to pretend you’re cradling a warm cuppa joe when our state power utility has made sure that’s the last thing you’re capable of. On that note: buy a Thermos. Load-shedding is a great time to be an astronomy nerd. Not only are the night skies clear of light pollution thanks to Eskom’s blundering about in the dark, odds are you’ve also already got a whole lot of portable power options at your disposal.

Options like Celestron’s Lithium Iron Phosphate PowerTank, a compact-but-powerful portable battery designed to run astronomy setups for the night in remote locations, far away from things like lights. And electricity. To that end, the bank itself has both white and red LEDs. If you’re an astronomy nerd, you know what the red is for.

It’s fairly rugged, operating at temperatures down to -20° (that’s Celcius) and up to 60° (ditto) and delivers 86.4 Wh of power. That’s not the largest battery capacity on the market (coming in around 7200mAh at 12V) but it’ll power something that needs 12V (like… well, a telescope) all bloody night. If you’re charging something substantially smaller like, say, a smartphone, then the battery’s size is more like 17,280mAh (at 5V) — which should see you through a substantial outage, and then some. 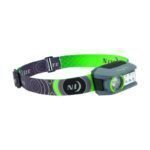 If you’ve already got the Celestron Powertank Lithium, you might as well go full-astronomer with the Nite Ize rechargeable headlamp or a decent equivalent. The important bit to remember is that it should be… well, rechargeable. Nobody has time for batteries, no matter how cheap they are at Toys’R’Us. (They are, though.)

This headlamp is rated up to 250 lumens, meaning it’ll blind anything you point it at, but — and more importantly — it also has a red LED mode for retaining night vision in the dark. Technically it’s a power bank (since it’s rechargeable) but you’re not going to wind up using its Li-Po battery to make any of your other tech work. Look, you really should own a car jump starter anyway. Might as well make the purpose multi-function. These critters are available everywhere, start from around R1,500 and will do everything from starting a car to charging a phone. And a surprising number of things in between.

That’s because they tend to contain an LED, meaning you can light up the darkness when Eskom’s come calling uninvited again, and they tend to feature USB ports as well as comparatively gigantic lead-acid batteries (which can often be replaced) compared to lithium-ion. Translation: They’re quite capable of keeping your mobile devices up longer than MTN and Vodacom can keep their towers going.

But there’s another benefit. The cigarette lighter (12V DC) port can be used to run most camping gear. If you’ve got a fan or a pump or a heated blanket that’ll plug into a car, it’ll also run here — meaning you can chase off the mozzies in the heat or dispel the cold in mid-winter, without having to resort to costlier deep-cycle battery/inverter or generator solutions. As we said, you really should own one of these anyway. 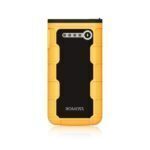 The downside to a car jump starter you’ve picked up at Midas is that the lead-acid battery should be charged monthly, it’s bulky, and it’s kinda unattractive. If you’re looking for something multi-function but are mostly concerned with keeping your iPad on, the Romoss 12,000mAh power pack is your port of call.

It’ll jump your car a bunch of times, act as a torch, or top up a mobile device, while being small enough to tuck into a bag. It’ll make an ideal camping companion as well, provided you don’t need the 12V DC port — that’s missing. Dual USBs, though, so there should be less fighting while the lights are out. We’ve got a whole mess of interesting power banks on this list but there’s something missing. And here it is — a high-capacity power bank.

Like the average Sony smartphone, this one’s a bit chunky, is black, and is basically just a rectangle. And, you know, the battery is pretty damned awesome. The Sony smartphone comparison is especially apt when you realise that this thing is highly functional but, ultimately, boring. There’s 20,000mAh of power in the plain black rectangular shape, it’s covered in sturdy plastic and… well, that’s about it, really. Besides the LED indicator telling you just how much power (as a percentage) is left in the brick.

If you’re only after charging your mobile devices, and want to do it several times over the course of a load-shedding session, then a regular ole’ power bank is what you’re after. 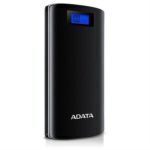 There are more than a few of these rectangular things out there in the world, in capacities from 2,000mAh to 25,000mAh and beyond. Adata’s P20000D offers up a full 20,000mAh of power (as the name suggests), as well as an LED indicator and an LED torch as part of the brick.

Which means you could use it as a torch that never runs out but you’ll be able to top up even the highest-capacity mobile devices (which aren’t much beyond 5,000mAh these days) at least four times. It’s boring, functional, and that’s also okay. It’s not cheap to outfit your entire home with solar tech but it’s worth considering a smaller, more affordable option like this solar kit. There’s a panel, LED light, and a solar panel for charging it. Which you’ll hopefully never have to use in all seriousness — because it’ll mean Eskom’s power grid has finally fallen over. And if it has, at least you’ll be able to watch Netflix until all those cellular tower batteries run out. And maybe keep a few lights on while they get the power back.

The kit isn’t exactly lightweight, with the main 4Ah Lead Crystal battery unit weighing in at 5kg, but the 5W solar panel will keep its 50wH battery (with up to 15 hours of power per full charge) going in the event of an Eskom catastrophe.

But, like most of the other items on this list, you don’t have to wait for the worst to happen in order to use it. If you’re wandering off-grid, the Ecoboxx kit is a fine addition to your collection. You can keep your kit going (including USB fans) in the absence of everything including electrical infrastructure, using the power of the sun. That’s worth something, right? This one’s only technically power bank-related, because it comes with an LED torch that also acts as a 3,400mAh bank. Which, if we’re being honest, is enough to get most phones to 50-100% charge. Once. But once is enough when you’re out of juice.

But you’re buying this for the solar panel charger, that allows for topping up of compatible banks (including the Magneto LED Lantern up top) in the event of a catastrophic Eskom bugger-up. Or if you’re completely off-grid somewhere in the wilderness. Hey, some people actually choose to experience the things being forced on the entire country.