Samsung’s Galaxy Note 20 will be along a little later this year, even if the launch format is set to be a little… unconventional. This means, though, that it’s time for Samsung’s well-oiled leaks factory to spring into production and dribble out bits of totally-not-planned info for its fans.

The latest bit of dribbling from the Samsung factory is a pair of new renders of the upcoming smartphones. They show that Samsung’s going big this year. Really big, at least as far as screens go. 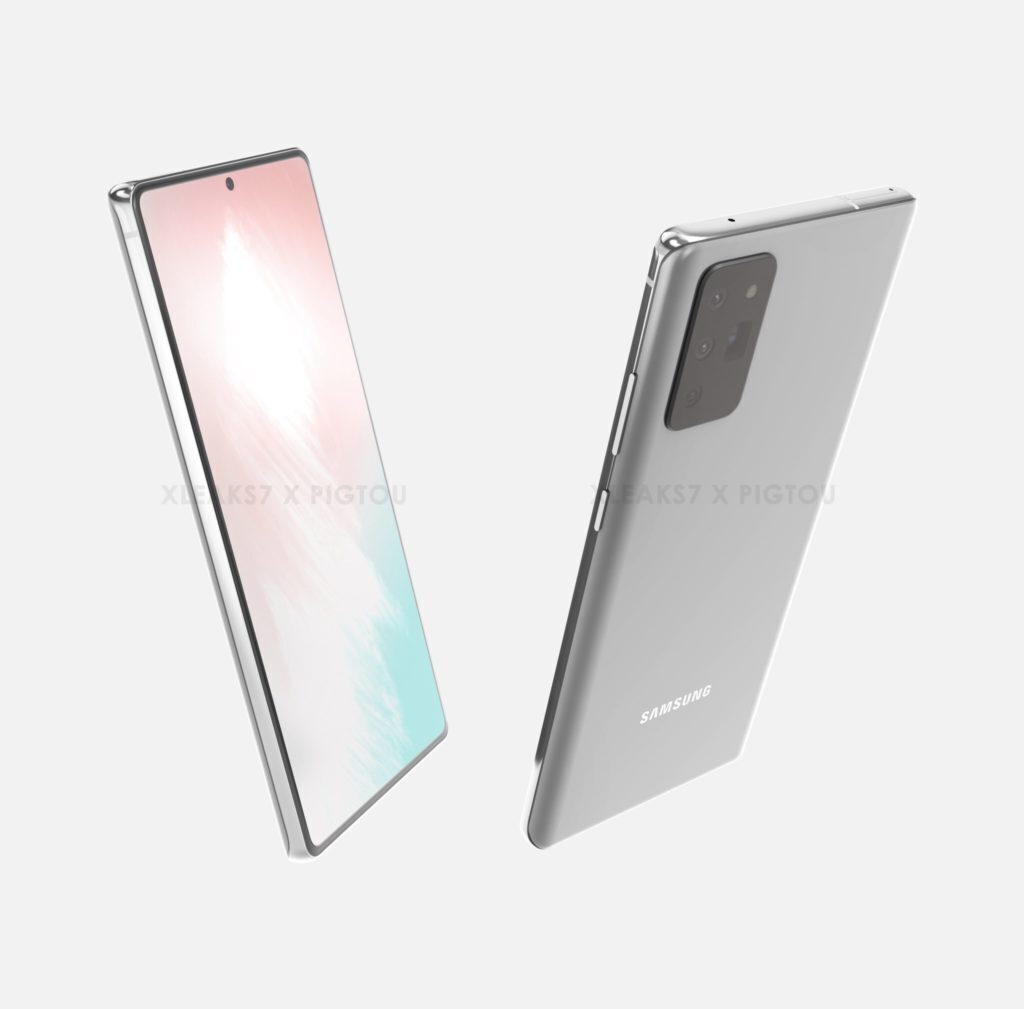 Samsung’s Galaxy Note series has long bridged the gap between smartphones and tablets, giving us that lovely word ‘phablet’. For 2020, that term might be edging a little closer to the ‘T’ side of things — the Galaxy Note 20 Plus is set to have a huge display. 6.9in, specifically, just like the Samsung Galaxy S20 Ultra.

But that’s not really where the largeness comes in. The smaller of the two handsets, the Galaxy Note 20, will arrive sporting a 6.7in screen. According to reports, there’s not going to be a smaller version of the phone released this year. For reference sake, last year the standard Note 10 measured in at 6.3in up front. Samsung’s going big for 2020.

The renders also give us some idea of what camera tech to expect for the Note 20 series. We already have vague details — the S20 Ultra’s 108MP sensor might be used as a selfie-cam, for instance — but the physical design makes it look like a lot of the S20’s camera tech will be making the jump. Specifics, though, aren’t available just yet. We’ll know more closer to the Note 20 series’ expected August 2020 launch.