It’s time for a new phone but you can’t just…upgrade. You want something that matches the connection you had with your previous mobile. Then you see it. Perched on the window display, showing off that sleek design. How could you have missed that? It’s the Huawei P40 Lite.

So what exactly is so special about the Huawei P40 Lite? Loads. Huawei pulled out all the stops to bring this phone to life. Sporting some amazing camera technology and powerful internals, the P40 Lite is all about the experience of a flagship model on a scale that’s both more affordable and easier to carry around.

Nothing obscura about this camera Love your digital memories? The P40 Lite has got you covered with an impressive roster of cameras and lenses, all designed for both casual and professional photographers alike. With a 48MP main camera, an 8MP ultra-wide angle (UWA) lens, a 2MP Macro Lens and a 2MP Bokeh Lens, do you even need to lug that DSLR around? Huawei’s Quad-camera setup is smoothly incorporated into the phone’s design, never sacrificing aesthetics for function. Why choose one when the P40 Lite proves it is very possible to have both?

It’s not form-meets-function. The P40 Lite has seriously advanced AI that tracks body posture and help stage both photos and videos way more efficiently. If you’ve already got footage and need it cleaned up? An AI video editor helps add background music, cut footage and even apply video transitions with just a single tap on the screen. Take selfies at night using the P40 Lite’s 4-in-1 Light Fusion tech and Super Night Mode 2.0. Your phone detects dark environments and segments the subject of your selfie apart from it, meaning it can make the background lighter and clearer than you thought possible. Now that’s cool.

All the best pieces 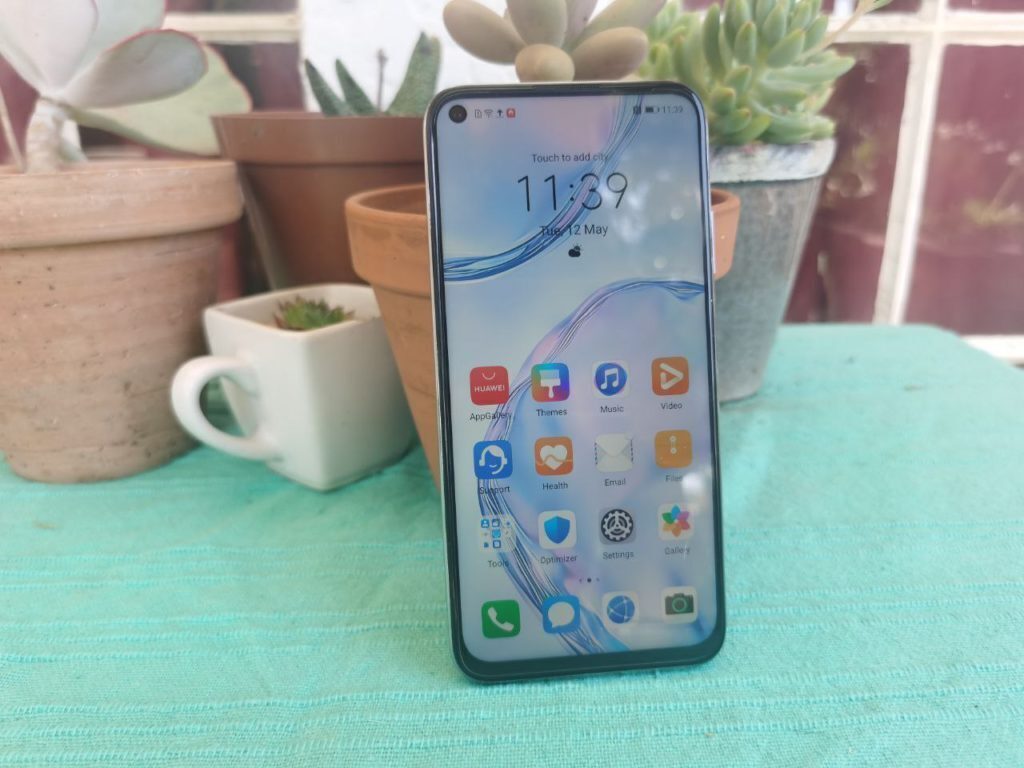 Speaking of cool, the next thing Huawei has spent a good chunk of their time on? Improving on earlier models and building a phone that looks great while never sacrificing performance. The P40 Lite is equipped with a 6.4-inch Huawei Punch FullView Display in a four-sided curved body, meaning you won’t find a screen that’s crisper and more detailed than this. As is customary for Huawei devices, the colour, material and finish (CMF, for all you fans of acronymic abbreviations) set the P40 Lite up as a premium phone that’s built to appeal to anyone.

Powered by a Kirin 810, the P40 Lite offers excellent performance while keeping power consumption low. We could throw out names for the various internals, but that’s not important to you. What is important is the knowledge that even under duress the P40 Lite’s 4,200mAh battery will last the whole day. Been watching a little too much Netflix? That’s no problem. Thanks to Huawei’s SuperCharge support, you’re back up to a 70% charge, from nothing, in 30 minutes flat. That’s all well and good but it can’t all be business. It’s time for a little fun. How does the P40 Lite deal with games? Once again, Huawei has you in mind. The device is equipped with Huawei’s latest GPU Turbo technology, eliminating any bottlenecking that occurs across both hardware and software. The GPU Turbo installed in the P40 Lite uses 10% less power than older iterations and a quick touch response in the realm of milliseconds, you’ll be able to run demanding games like PlayerUnknown’s BattleGrounds and Arena of Valor at frame rates you’d never expect to see on a mobile device.

What more do you need from a smartphone? It’s got the looks and the style you want from your handset; it’s got power in all the right places whether you’re more fond of work or play, and it’s also priced just right. It might be Huawei’s P40 Lite but that pedigree and Huawei’s customary attention to detail mean that this handset it anything but lightweight. Make the right choice. Get your hands on Huawei’s P40 Lite now.