Let’s say you took the absolute perfect selfie, printed it out and accidentally threw it in the washing machine with your clothes. It came out all kinds of messed up. Luckily, developers have created an AI tool that can build an HD portrait from blurry or pixelated pictures.

The AI HD rendering tool was developed by researchers at Duke University — and is mainly supposed to be for photo corrections. But… how does it work? The answer is more basic than you’d expect.

Instead of cramming a bunch of photograph editors and retouchers in a room and making them work full-time without leave, the system searches through AI-generated images of HD faces until it finds ones that look like the original (albeit blurry) image. It then compresses the image to fit into the frame at HD-quality. “The photos are created using generative adversarial networks (GANs), which produce new pictures by pitting two neural networks against each other,” The Next Web explains.

So the next time you take a picture that would’ve been beautiful, but your photographer was a bit shaky, there is a tool that can sort it out in a jiffy. Following Sony’s PlayStation 5 reveal event last week, people were up-in-arms about this Spider-Man game featuring Miles Morales. Is it a full game? Is it a DLC? Is it a spin-off? The internet had many questions, and very diverse reports on what everyone was expecting.

Now we have concrete information in the form of a short tweet by developer Insomniac Games. “Marvel’s Spider-Man: Miles Morales is the next adventure in the Marvel’s Spider-Man universe. We will reveal more about this standalone game at a future date. #MilesMoralesPS5,” the tweet reads.

Even more, the community director James Stevenson tweeted in response to someone asking about a “remaster,” “Remaster what? It’s a new standalone game.” Well, now that we’ve cleared that up, let’s enjoy that beautiful teaser trailer again…

Check out the trailer here Arguably best horror franchise ever invented: the Resident Evil game series has officially sold over 100 million copies since it started out in 1996. PC Gamer made the announcement over the weekend, noting that RE7 sold 7.5 million units. By itself.

We should also mention that the Resident Evil 3 remake sold 2 million copies in its first five days, which is an accomplishment on its own.

When asked what it attributes to the success, publishers Capcom talked up its “consistent schedule” for new games. “That is, it hasn’t let the franchise stay dormant for long — while that isn’t as good as Capcom claims (don’t ask about stinkers like Operation Racoon City), it does mean the series has stayed in the limelight virtually since launch” Engadget reports.

Even more, we’re expecting another new RE game with the next-generation of consoles, and the trailer looks absolutely brilliant. You can expect Resident Evil: Village on the PS5 in 2021. Hold onto your hats folks, because you might just break out in spontaneous dance to your favourite K-Pop song when you lay eyes on this special edition Samsung Galaxy S20 Plus.

We all know that Samsung likes to punt its special editions. Well, this time around they teamed up with Korean Pop band BTS to create a pretty-in-pink BTS-edition smartphone. And it all comes with a matching set of Galaxy Buds Plus. “The Galaxy S20 Plus BTS Edition looks like Samsung’s regular flagship, but with a unique iridescent purple exterior (the colour is heavily associated with the K-pop group) that has a BTS logo on the back and the band’s heart iconography on the camera array,” The Verge reports.

If you’re a K-Pop fan in any way, shape or form — check out this SE Samsung because its subtle hint of fandom will be more than enough to keep the K-Pop dream a reality. 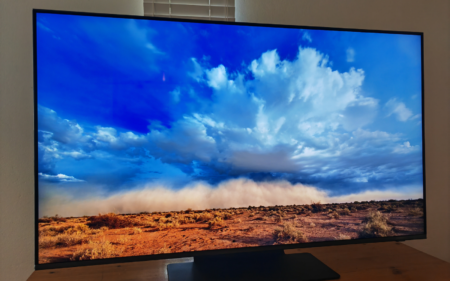