Look, it’s probably very unnecessary to dredge up all the drama that’s unfolded between Huawei and Google over the past year. Through no fault of either company, America placing restrictions and bans on local enterprises working with Chinese companies was no doubt a huge hit for Huawei. Having Google apps available on an Android device is almost unquestionable at this point, it’s difficult for consumers to see a life where Google isn’t an essential part of their mobile experience. Thus, Huawei’s been facing a bit of an uphill battle, whether it wants to admit it or not.

So there’s a lot riding on it’s latest range of phones, particularly the P40 Pro. Their most powerful flagship device to date, the P40 Pro doesn’t just need to be a good phone. It needs to be the phone that proves that a Google-less future is possible. Huawei knows this, it’s put in place loads of measures to make sure people can accommodate successfully to the change. Yet all the customer support lines and FAQs mean nothing if the actual hardware isn’t up to scratch.

So that’s what we’ve been up to, using the P40 Pro for just over a month now as a primary device to see just how well it holds up to the competition and we’re pleased to inform you that this phone? It’s pretty fantastic, if you’re willing to look past some less than stellar software.

Let’s just get this out of the way, there are few phones that run as smoothly as the P40 Pro. It makes sense, given the kind of internals packed inside this thing. The Kirin 990 5G processor is an engine of a V8 Bugatti installed inside the body of a Toyota Yaris. It’s wild that something so powerful has been built into such a small chassis with enough room left for the massive array of cameras (more on those in a second).

Even running multiple apps at the same time, downloads in the background, the phone never hitched. Menus continued to run smoothly and without a problem. The power of the device is most notable when playing games; running a game like PlayerUnknown’s Battlegrounds, something that’s been known to chug framerates on plenty of high-end phones, ran like a dream. With a consistently high frame-rate and a display that never disappointed, it’s difficult to recommend anything else for mobile gaming. The P40 Pro is a machine built to express as much power as mechanically possible and on that front, it excels.

Oh, it’s also important that we don’t forget to mention that battery life on the P40 Pro because it’s truly impressive. Under high duress, including running at the full resolution on maximum brightness, the P40 Pro was able to last a whopping 8 hours from full to empty charge. Under more normal conditions, it was pushing a solid day without charging. Like, a solid 12 hours and even a bit more on days that required less frequent use. The fast-charge capability of the battery makes this longevity even more impressive, something that will definitely be appreciated by folks that aren’t around plug points all day.

Yet, much like the suits of armour fashioned by genius billionaire playboy philanthropist Tony Stark, just because the P40 Pro is built to be powerful doesn’t mean it has to sacrifice on it’s aesthetic. The display on the phone, a 6.58-in Full HD+ (2,640 x 1,200) screen with an aspect ratio of 19.8:9 deliver incredibly crisp visuals, even if the colours can appear a little washed out at times. Of course, having the screen take up such a large portion of the device has forced Huawei to implement rather slight bezels at the top and bottom of the phone and while they’re probably easy for many people to overlook, we’ll admit to thinking they looked slightly bizarre which is a small sacrifice for such an expansive display.

In terms of the actual ergonomic design, the P40 is a comfortable phone to use. While certainly bulky on first impressions, the surprisingly heavy weight took us by surprise, it’s a shape that’s easy to acclimatise to. It makes sense that the device is heavier than other phones, given the hardware it’s packing. It’s not too large (so that it doesn’t fit into your pocket) but it’s not too small (so that it feels cheap); there’s a good heft to the P40 Pro, a factor that might have slid under the radar at first but definitely become more appreciable during our time with the phone.

Okay, this is the big one folks. So many phone companies have been pushing the limits with their mobile cameras and Huawei is no different. First off, let’s cover what we have on offer here: The P40 Pro comes with a main 50MP camera, an ultra-wide 40MP lens, a 12MP telephoto camera and 32MP selfie camera. That’s a lot of cameras to choose from and they certainly do an excellent job.

The P40 Pro takes some of the best pictures we’ve ever seen on a phone. Crisp and clear photos with an abundance of “pro” features to tweak and change that will appeal to both enthusiasts and professionals. Excellent low-light imagery and an utterly fantastic “point-and-click” option that ensures excellent photos with minimal effort.

This sentiment carries on over to the phone’s video recording capabilities, with the P40 able to capture footage in UHD 4K at 60/fps on both rear and front cameras. You can also just record in 720p HD or 1080p Full HD if you’d rather not zap the phone’s storage capacity into non-existence. It’s a phone that’s capable of filming some of the best video footage we’ve ever seen on a mobile device and certainly sets the benchmark for Huawei’s future technology and the competition in general. 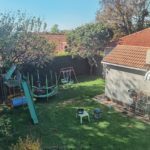 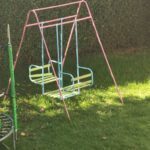 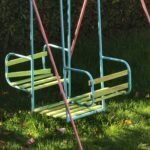 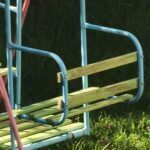 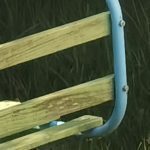 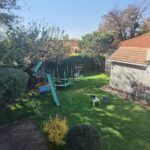 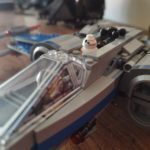 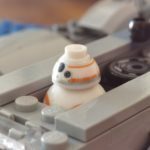 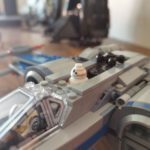 Yet, it’s time to talk about the app in the room, or rather the lack thereof. Look, it might be unfair to hold this against Huawei, given the truly commendable effort they’ve put into easing consumers into a Google-free ecosystem, but it still has to be noted that the Huawei P40 Pro can an incredibly janky phone to use in terms of its software. Many apps that Huawei have used in place of the Google alternatives just don’t feel as polished or slick to use. While the phone does come pre-loaded with apps like Phone Clone to assist people in copying files over, the fact that one has to use a third-party downloader for essentials like WhatsApp, Twitter, Facebook and YouTube suuuuuuuuucks.

Which is something Huawei clearly knows, given that searching for those apps in the Huawei AppGallery actually prompts you to the browser page where you can download them but that doesn’t make for an especially user-friendly ecosystem. Yes, you can use the browser to access all those sites but the convenience of having those apps there all the time instead of manually searching for them makes the whole process a lot more cumbersome.

So that’s something to bear in mind if you’re looking at integrating into Huawei’s ecosystem. You’ll have to jump through plenty of hoops to access apps and features that many other phones just have organically built-in. It’s clunky and more than a little annoying but it’s something that Huawei is clearly trying to rectify. They’ve taken some good steps forward on this front but overall, they still have a long way to go.

So that’s the saga of the P40 Pro, a phone boasting some truly spectacular hardware that’s, unfortunately, let down by less than stellar software. There’s so much potential in this device and if you’re the type of user that just wants to take photos and maybe send the occasional WhatsApp, you’ll find a lot to like about the P40 Pro. Yet those users who need the constant convenience of their digital life and apps always ready to go on their phone will likely struggle a little. Which is a real pity because the P40 Pro is without a doubt one of the most powerful and physically well-designed phones we’ve seen in a while.