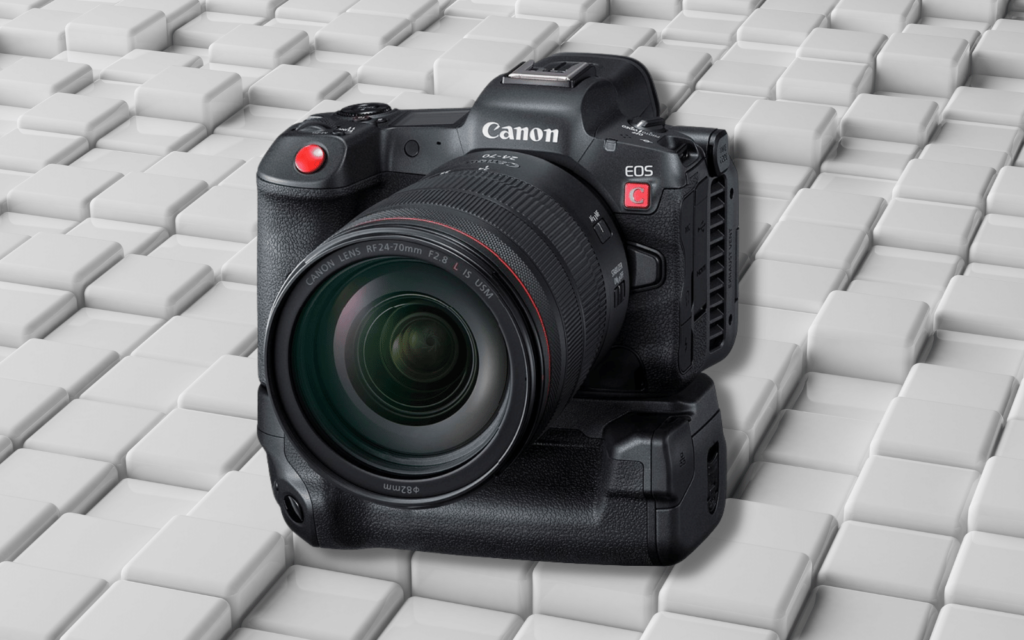 What do you get when you combine a full-frame camera with cinema-grade video recording? Canon reckons the answer looks a lot like its newly-announced EOS R5C. Which, as you can tell by the name, looks an awful lot like the Canon EOS R5. From the front.

Peek around at the camera’s rear and it’s a different story. There’s considerably more body there than you’d expect. There’s a reason for the extra padding too.

These facts are Canon Canon’s slapped a new active cooling system inside the EOS R5C. We’re choosing to believe that the ‘C’ stands for ‘cooling’, and there’s nothing anyone can do about it. What this cooling system does is allow the EOS R5C to shoot 8K video at 60fps more or less forever. Or at least until your battery and/or storage runs out. It also records 4K at 120fps, in case you’re looking for a lower resolution and more frames.

The standard EOS R5 can also shoot 8K video at 60fps, but only for so long until it overheats. It was limited to 20 minutes of operating time at launch. This was extended by a firmware update, but it’s still not nearly as video-capable as Canon’s upcoming hardware.

But if you’re only really concerned with stills, then the EOS R5C might be your second choice. Functionally, it’s the same as the R5. Well, except that the R5C lacks in-body image stabilisation (IBIS). But there’s a 45MP sensor, a physical shutter speed of 12fps, and a digital shutter for up to 20fps.

Users will choose their function on start. The power button either boots up a set of menus for stills or video, based on which way you turn it. It looks like switching between the two requires a shutdown, which is where that whole 2-in-1 idea comes from. Canon seems to be trying some interesting things of late. We’ve never been averse to a little experimentation, so this is a good thing.

The Canon EOS R5C has an international launch date of March this year, where it’ll drop at around R70,000 ($4,500). Local pricing isn’t known yet, but since the standard EOS R5 still costs around R80,000, we’re expecting the pricing to be around the same price point.