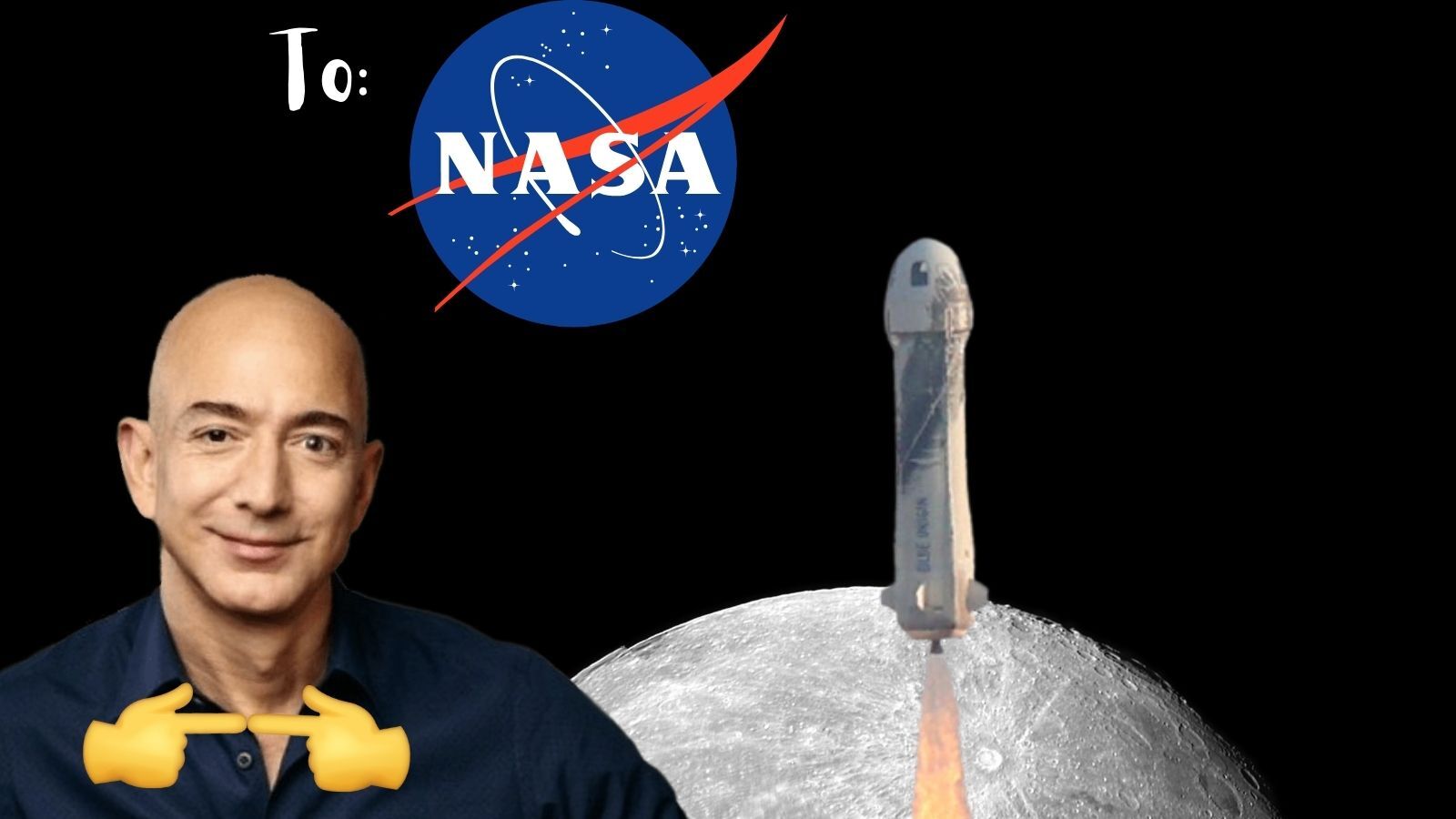 Remember the Artemis Lunar Lander contract NASA awarded to SpaceX in April this year? Yeah, Jeff Bezos, the very rich man who very recently went to space on his own rocket, still wants that contract. So much so that he’s offering NASA $2 billion to let Blue Origin (and the others involved in their pitch for the lander) build the freaking thing.

At least, that’s what the open letter by Bezos, published on Blue Origin’s website and addressed to NASA administrator Bill Nelson, says. Specifically, the company has offered to save NASA’s Human Landing System (HLS) program money “…by waiving all payments in the current and next two government fiscal years up to $2B to get the program back on track right now.” By which he means, please take the contract away from SpaceX and give it to Blue Origin.

See, this isn’t the first move the former Amazon head and Blue Origin have made in the direction of throwing a spanner in SpaceX’s works. There were objections when SpaceX was awarded the $2.9 billion contract — Blue Origin is still due to hear whether those objections were successful but it’s unlikely that the US Government Accountability Office (GAO) will rule in the company’s favour. So this is the next attempt to secure Blue Origin a high profile NASA contract — something it hasn’t achieved as yet.

Blue Origin looked likely to be awarded the contract back in 2020, securing funding as part of the National Team (which included Blue Origin, Northrop Grumman, Draper and Lockheed Martin) to develop a pitch for the HLS contract that was ultimately awarded to SpaceX. Bezos was extremely unimpressed at that turn of events, as his open letter shows.

Will it convince NASA to change their minds, in the likely event the GAO protect fails? Probably not, but it might lead to the space agency securing the funding to let Blue Origin conduct parallel development of a lander for future Artemis missions. That was always the plan, but a lack of funding means that NASA was only able to select one provider. A redundancy wouldn’t be a bad thing for space exploration, and it would give Jeff Bezos something more to do with his company than just send very rich people into not-quite-space.