Samsung may have a closer look at its new smartwatches coming to MWC this year but there’s also a chance that we’ll see the Galaxy Buds 2 turn up as well. It’s a small chance, considering Samsung loves to launch its new headphones alongside new smartphone hardware, but it’s a chance.

Check out the Galaxy Buds 2

Whenever the reveal does happen, we’ve already got a fairly accurate idea of what they’ll look like. Website 91Mobiles got its hands on what it says are official renders of Samsung’s newest in-ears, and the images show hardware that looks quite similar to its most recent ‘buds, the Galaxy Buds Pro. 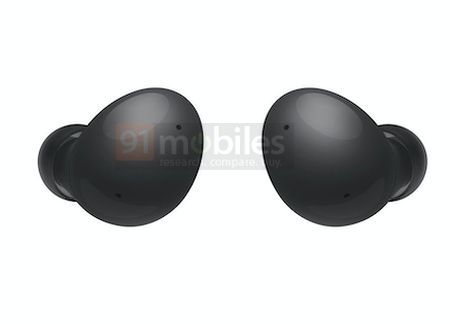 There’s the same sort of bulbous design to the new in-ears, in contrast to our favourite design — the Galaxy Buds Live. They don’t appear quite as top-heavy, which was our chief complaint with the Buds Pro. The casing looks to be a little different too, but not remarkably so.

Aside from the appearance changes, and a few minute details — the case is expected to have a 500mAh battery with each bud containing a 60mAh battery — there’s not much else known about Samsung’s in-ears. It’s possible they’ll turn up this evening, but they’ll far more likely launch when Samsung announces its newest folding smartphones, both as individual products and as pre-order bonuses. That’ll probably be a standalone event, because Samsung absolutely loves having the spotlight to itself.