Showmax shows and movies you may be missing in June As winter makes its presence known, this is the best time to stay indoors and catch up on some fantastic entertainment you may have been missing out on. Showmax has you covered. This month the streaming service is offering great series and movies to help chase away the chills.

Last month the great screwball superhero team slugfest Birds Of Prey dropped onto Showmax, and you may not have known it at the time, it was a forerunner to Showmax’s DC box-set. This month, viewers can not only watch Zack Snyder’s gritty reading on Superman in Man Of Steel they can also watch Christopher Nolan’s Batman trilogy – Batman: Begins, The Dark Knight and The Dark Knight Rises.


These three films arguably have done more to reimagine the superhero film genre than any before them. If you’ve never seen them before, you owe it to yourself to give them a go. Oh – and this is the last chance you have to watch Aquaman, which takes one of DC’s most overlooked heroes and recasts him as an absolute badass.

If you were watching TV in the 90s there’s no way you didn’t catch at least one episode of the hit comedy show Friends. To be frank, it was as much of a staple of modern pop culture as Coca-Cola, internet dial-up and ripped jeans. Broadcast between 1993 and 2004, Friends was one of the most consistently funny, most consistently watched and best comedy show ever made.


Friends: The Reunion gives both the show’s cast and long-time fans the chance to relive the series’ best moments. Starring the iconic cast of Jennifer Aniston, Courteney Cox, Lisa Kudrow, Matt LeBlanc, Matthew Perry, and David Schwimmer, along with some special guests, this is a must-watch for anyone who knows, what Chandler does for a living and whether Ross and Rachel were on a break before the former was handed a letter – that was 18 pages long (FRONT AND BACK!!!).

Perhaps the most definitive zombie apocalypse series ever made, the 10th season of The Walking Dead ups the ante on its predecessors and then some. Long-time fans may barely recognise the haggard remnants of the original cast, but if they’ve stuck with the series this long they’ll want to know how the survivors are dealing with their latest external threat – The Whisperers – and their ongoing internal one – Negan.


If none of that makes any sense to anyone reading this, you have a lot of catching up to do – and it’s well worth it (the rest of the series is still available on Showmax). For veterans, it’s time to break out the popcorn and settle in for several nights of hellish dystopia. You know you want to.

The most twisted version of Back To The Future – and anywhere else really – is back, as insane scientist Rick Sanchez enlists the help of his grandson Morty in a series of intergalactic, inter-spatial and time-bending hijinks.


If you’re new to the series, we highly suggest watching a few early episodes as a palette test. This is easily the most unique animated series made in recent memory and it is by turns grotesque, disturbing and laugh-out-loud hilarious. Combining banal US homelife with sci-fi concepts that beggar belief, Rick & Morty is fast becoming a cultural touchstone for our times. Don’t miss out.

This critically acclaimed series has held viewers hooked for six seasons and now the question that has been on their minds throughout may finally be answered:  Liza (Sutton Foster) choose Charles (Peter Hermann) or Josh (Nico Tortorello)?


Well, it’s now Season 7 and she’s going to have to decide because, not only has Charles proposed, but this is the final season – although the trailer suggests there may be a third possible suitor in the offing. Fans will likely be streaming this as soon as possible, while newbies can catch up on what they missed because the whole series has been available to binge from 11th June.

Oscar-winner Kate Winslet stars in this gritty HBO drama of a small-town detective sergeant who is trying to solve a murder while desperately holding the strands of her life together. A former local hero, she has failed to solve the disappearance of another local girl, so the community doubt she’s up for this new case.

Directed by multiple Oscar-winner and Hollywood legend Clint Eastwood, Richard Jewell tells a harrowing story about media intrusion and how suspicion can spiral out of control.


The titular protagonist (played by Paul Walter) first finds himself hailed as a hero after discovering the explosive device at the 1996 Atlanta bombing. Before he knows it, his life is turned upside after the FBI point to him as the bombing’s prime suspect and then he’s vilified by both the press and public. Co-starring Kathy Bates, John Hamm and Olivia Wilde, Eastwood’s film leaves an unforgettable impression on viewers.

If you’re in the mood for some spine-chilling entertainment, Showmax has some good news: the second season of the horror anthology Into The Dark is now available.


Produced by the CEO of Blumhouse Productions, whose credits include Sinister, The Purge, Us and the Oscar-winning Get Out), Into The Dark follows a series of tales themed around calendar holidays – Halloween, Christmas, New Year’s and the like – and stars Dermot Mulroney (Shameless, The Last Outlaw) and Judy Greer (Ant-Man).

How recycling and reforestation are advanced with 4IR Tech 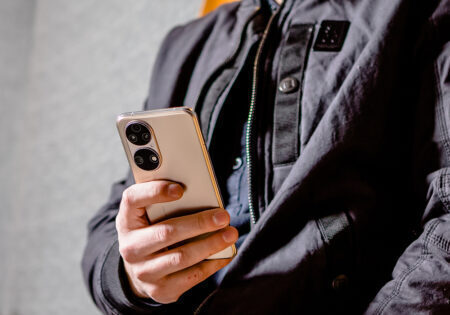 The HUAWEI P50 Series: A New Era of Photography That Breaks the Boundaries of Physics 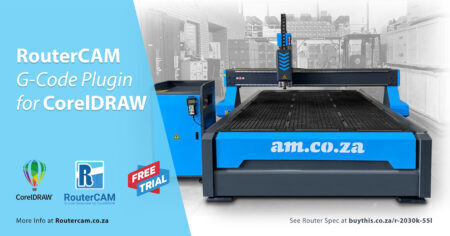