It’s important to consider consumer technology little helpers, instead of heavyweight medical assistants. Of course, it’d be irresponsible to solely rely on a smartphone, a smartwatch or a smart scale to give medical advice, but these tools can be used in tandem with a medical professional to help track and treat a variety of chronic illnesses.

In June 2019, the World Health Organisation estimated that around 50 million people worldwide were diagnosed with epilepsy. It’s currently one of the most common neurological diseases that affect humans of all ages.

Meet Aimee and her chronic illness 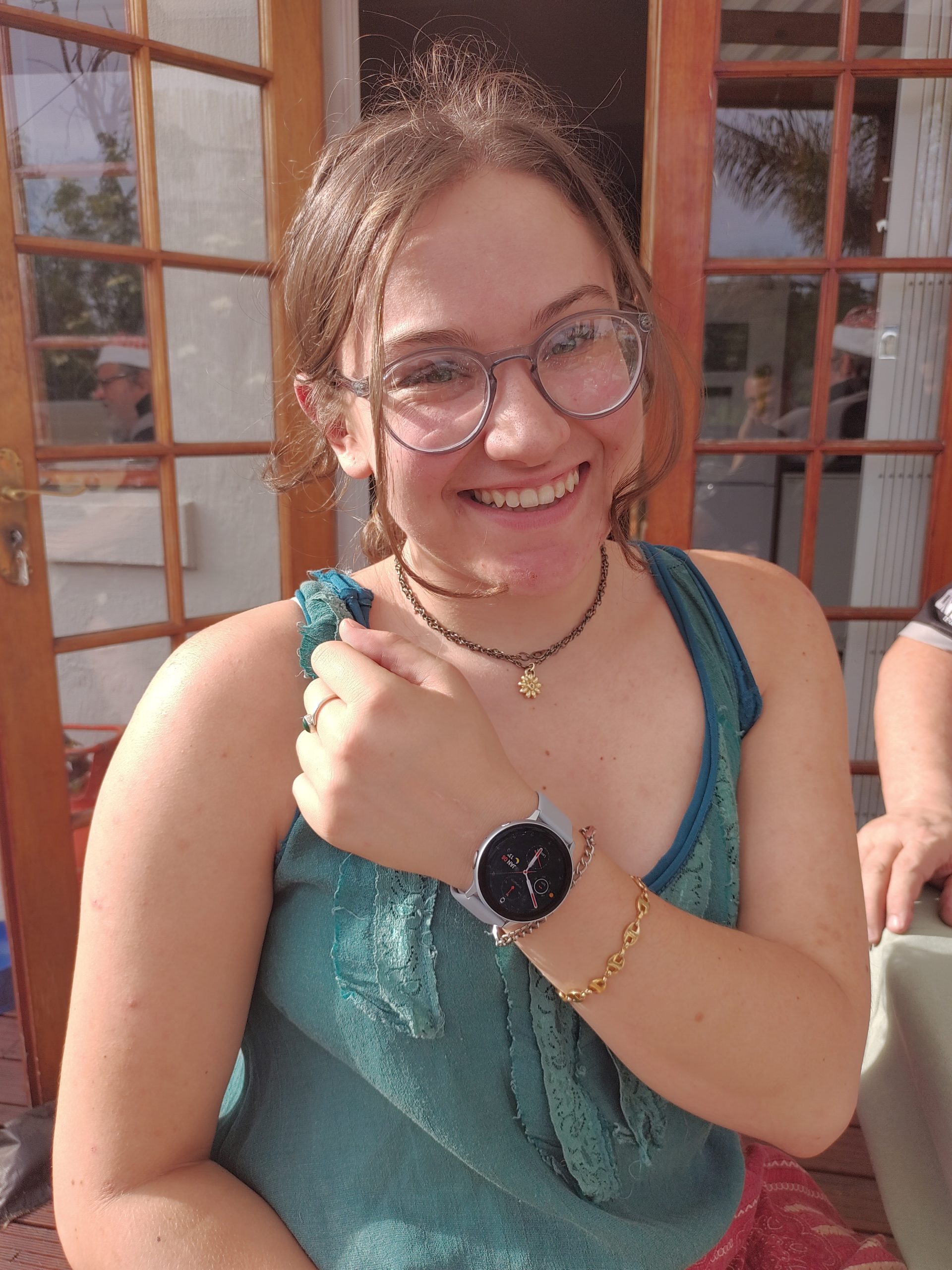 The same was true for Aimee Bester, who experienced grand-mal seizures from the young age of 13. At the age of 20, her doctor recommended she acquire a smartwatch to help keep track of any abnormal bodily activity. Her seizures have steadily been declining over the years, which could point to seizures while she was sleeping, or when she was not being monitored by a parent or family member.

She opted for a Samsung Galaxy Active 2 smartwatch in blue, and equipped it with the excitement of a person who may finally see the end of their chronic disease. According to her medical advisor, the watch would pick up any abnormal heart rate activity during the night or whenever she was sleeping.

They gave her one assignment: Make sure you sleep with the tracker, and make sure it’s charged.

Of course, smartwatches of all designations have access to certain apps built specifically to send notifications to emergency contacts when the wearer experiences a seizure. Some include EPIWatch, OpenSeizureDetector and My Medic Watch, and they all require a monthly subscription, and in some cases, an upfront fee.

These apps are developed to use the watch’s internal gyroscope to detect falls and alert the wearer’s next-of-kin. They aren’t particularly useful when the seizure occurs during sleep, in a horizontal position, however.

Over the first month, Aimee kept a close eye on her heart rate stats during the sleep cycle. While her heart rate wasn’t particularly low, she didn’t pick up any unusual spikes in either direction.

Interestingly, the Watch Active 2 had a dual function in her case — it doubled as a reminder to take her vital epilepsy medication. These meds have to be taken exactly 12 hours apart, each day. And the friendly buzz on the wrist was far more appealing than a shout from a worried parent.

Two months passed, and it became apparent that Aimee wasn’t experiencing seizures during her sleep cycles at all. After reviewing the stats from her Galaxy Active app, her medical advisors are happy to send Aimee for an MRI to see if she had outgrown her neurological condition.

While consumer technology wasn’t built to treat serious medical conditions, sometimes the most basic of features on these devices can actually aid in diagnoses, monitoring and hopefully cures.