Who doesn’t love a touch of the classics? That’s why they’re called “the classics”, right? The wonderful part about owning a micro computer that fits into your pocket (and conveniently makes phone calls) is that it can run nearly any game you spent your childhood playing. The question then becomes: Which are the best old school games to play on your phone? Back before we had taste, we’d play anything and now that our time is a little more precious… well, we want to be selective in the games that we consume.

That’s why we took a trip down memory avenue to figure out which good games are currently playable on your mobile device. Bear in mind, some of these will only work on certain operating systems with Android being able to play the majority of entries on this list. Apple’s nice and all but for retro gaming, it’s certainly not your best option.

Step back to a time when all consoles used cartridges with Comix Zone, in which a cartoonist jumps inside his own creation and starts beating up his… imagination, we guess? Said imagination is more than capable of defending itself, though. And, if this Sega classic doesn’t float your goat, there are hordes more to choose from, from Golden Axe to Sonic to Streets of Rage. Wolfenstein 3D put first-person shooters on the map, but for most people Doom defined the genre. As you blasted and sometimes chainsawed your way through swathes of demons, you realised games would never be the same again. Now this seminal shooter’s on your phone, complete with controller support, widescreen visuals, countless foes and buckets of pixelated gore. 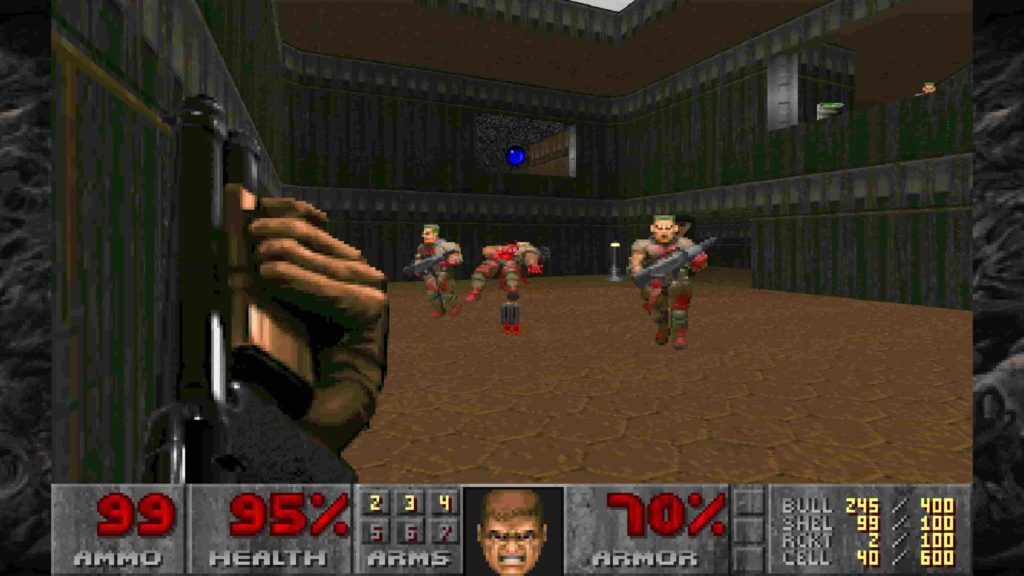 Ya ya ya ya ya! Forget tiresome racers that want you to stay on the road; Crazy Taxi’s time-attack antics have you blaze around LA, soaring into the air and scaring the wits out of your fare as the Offspring blares from the radio. This remastered take on a Sega Dreamcast classic works superbly on the touchscreen as you commit the map to memory and delve into its strange selection of mini-games. Many retro gamers have as much fun rifling through boxes as actually playing. Reset gets this and transforms your digital collection into browsable box art. Settle on a title and the app displays a description and a clip of the game in action; confirm your selection and it opens in your emulator of choice. If you have a carefully curated games selection, this launcher tops the high-score table. With Apple not being keen on emulators, Vectrex is a rarity on the App Store. It beautifully recreates the only vector-display console ever made for the home market, and bundles 25 games. On the larger display of an iPad, the visuals shine; and the care and attention to detail — such as the wonderful 3D games room — make us wish creators of more workmanlike fare would take a similar approach. Google Play is stuffed full of emulators for every ancient gaming system you can think of, and we don’t have space to cover them all. You might not have space for them on your homescreen either — in which case, try RetroArch. It’s fiddly to get working, but take some time and you’ll have one app that’ll play pretty much anything from the first few decades of video gaming’s history.