We’re no strangers to high-end headphones but, while we’ve seen the best that the likes of Bose, Bowers and Wilkins, Sennheiser and the rest have thrown at the market, the absolutely best has long been Sony’s WH-1000XM.

Back when we were taking planes and going out in public, the best way to really block out all those other people was the WH-1000XM cans. Combining wearability, noise-cancelling and audio performance, there simply isn’t a better package. The competition has gotten close over the years but they never quite made it. And now the Sony WH-1000XM4, the imaginatively-named successor to our favourite noise-banishing cans, is here. They look and sound almost identical, but are a range of new features enough to keep Sony on top?

The Same (But a Tiny Bit Different) We’re not sure how anyone could have been offended by the design of the XM3s, but if you weren’t a fan, you’re not going to much like the headphones that succeed them either. The two are almost impossible to tell apart.

Available in either black or silver, the Sonys are made of plastic with a pleasingly premium matte-like finish. The headband is soft pleather and the accents on the black model are copper. They aren’t particularly flashy, but the best headphones usually aren’t. And most importantly, they’re exceptionally comfortable to wear, manageable even during the dragon breath heatwave we’ve had recently.

Sony has tweaked the hanger structure for the M4s, resulting in a curve that more evenly distributes weight and makes them look decidedly less boxy on your head. The headband has also been ever so slightly trimmed. Thinner too are the earcups, while the pads are softer and 10% bigger than before. Out of the box you get a pair of headphones that are a teeny bit lighter than their predecessors. Can’t argue with that.

As for buttons, it’s the same deal as before: power/pairing on the left cup, with touch-sensitive controls on the right. And if you insist on a comprehensive game of spot the difference, you’ll find a wear sensor inside the left earcup. More on that in a second. They might look the same as Sony’s older cans, but take a look at their respective feature sets and you’ll notice a number of small but worthy additions to the M4s.

First up is Speak-to-Chat, functionality that as far as we’re aware is an industry first. Say something and the M4s will recognise your voice, pause whatever audio is playing and let in ambient sound so you can easily have a conversation without taking the headphones off or manually toggling the ambient setting. Stop talking for 30 seconds (customisable in the app) and the music resumes.

It works exactly as advertised and is quite handy, but it’s also extremely sensitive. While you can mess around with the responsiveness in the app, a badly sung line and even a gentle throat clearing was enough to activate Speak-to-Chat in testing. If you like to sing along, you’ll probably want to turn it off.

Quick Attention returns for the M4s, so you can also easily trigger ambient mode by holding your hand to the right earcup. Very useful for announcements and eavesdropping on conversations people think you aren’t listening to.

Also new is the ability to connect the headphones to two devices simultaneously. Just tap an audio source on the device you want and it’ll play there. Take a call on your phone and the headphones know to switch to that. The multipoint connection was buggy at first, but that was smoothed out with a firmware update, and it’s a huge improvement on the M3s, which made often laborious work of simply changing the Bluetooth device you wanted to listen to.

The M4s can detect your actions and locations, automatically switching to the most suitable setting. They can learn your frequently visited locations (house, gym, etc) and when to go heavy with the noise-cancelling. It’s clever, but we found the noise the headphones make when they want to tell you just how smart they are to be quite interruptive, and eventually turned it off. But since we’re not doing a whole lot of destination-hopping right now we probably haven’t seen the adaptive functionality operating at full flight.

The M4s now feature wear detection, so they’ll automatically pause playback when removed and resume it when you put them back on. Sony is late to the party, but it’s definitely a worthwhile addition and the sensors worked flawlessly during testing.

The microphones are now far better at picking up and isolating your voice on a call, which was another of the M3s’ very few weak spots. As is now pretty standard on noise-cancelling headphones, Alexa, Google Assistant and Siri are all supported. The WH-1000XM3s were already a formidable pair of noise-cancellers, but Sony has advanced its tech even further with the M4s. By pairing its trusty HD Noise Cancelling Processor QN1 with a new Bluetooth Audio SoC (System on Chip), the headphones are able to adjust to music and noise on the fly at over 700 times per second, which is rather a lot.

The M3s’ 40mm drivers are called into action once more here, with support for hi-res files and Sony’s own 360 Reality Audio format, which remains a bit redundant to most without Apple Music or Spotify on board.

They sound broadly the same as their predecessors, but again, that’s nothing to complain about. They’re still brilliantly bassy enough on the default setting that you likely won’t need to fetch more from the EQ, but the low end never overwhelms detail.

This time round, Sony also employs the AI-fuelled DSEE Extreme, which is designed to restore lossy compressed files to their former greatness. You can toggle it on and off in the app to see how discernible the difference is with your streaming service of choice.

As for battery life, it’s still an admirable 30 hours, with quick charging giving you up to five hours of juice from 10 minutes of charging with the right adapter. 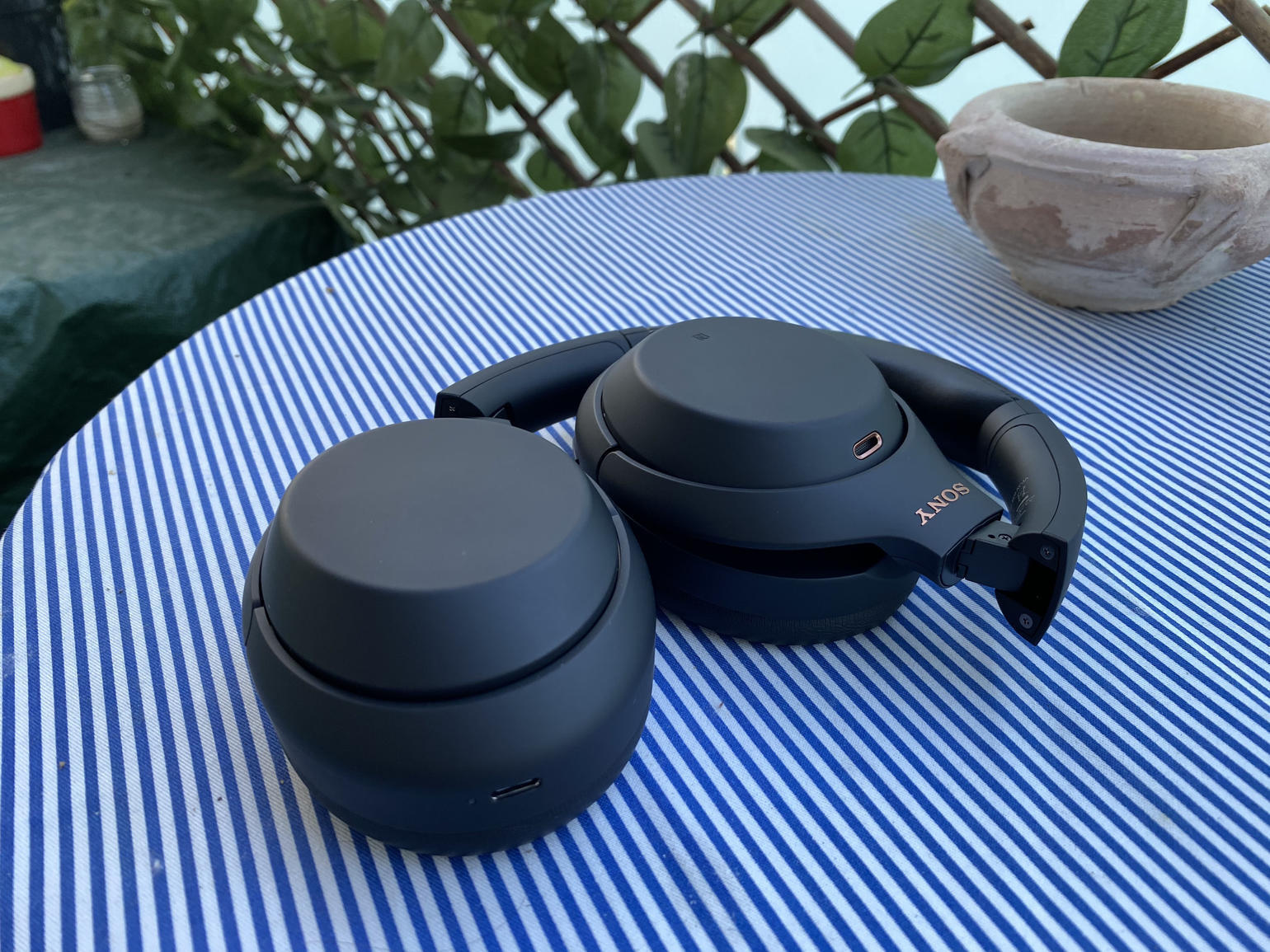 The Sony WH-1000XM4 over-ears improve in numerous ways on its predecessor and, by extension, over just about everything else on the market. If you have the R8k or so to throw at a pair, you won’t regret the decision. Unless, that is, you’re already toting around a pair of the XM3s. Yes, there are new features to be found here but it’s hard to justify another eight grand just to use them.

Automatic wear detection, multipoint connection and Speak-to-Chat are cool and all but they’re not massively compelling when you’ve already got its predecessor sat around at home. But if you’re still waiting to board this particular audio train, these are the best of their kind. Unless, that is, something really special comes along to take them down.