Sony’s gone above and beyond bringing us the best tech available right now in a sleek (albeit gigantic) package. RTX-powered graphics give us chills, SSD loading time makes us hold off the bathroom breaks, the controller blows our minds and the PS exclusives make the whole thing worth it. You will be sacrificing storage for convenience -- welcome to the console business.

2020 threw us some massive curveballs. While businesses across the globe scrambled to transition to work-from-home, one industry experienced incremental growth.

That industry is gaming. Adjust your view slightly and you’d see that it is actually the perfect year to launch new consoles and gaming hardware. Enter the PlayStation 5 — the newest entry into the world of casual (and competitive) gaming, and one beast of a system.

Sony played up a variety of features on its newly launched console (finally available in South Africa). Some are absolutely brilliant, bringing the gaming experience to a new level, quite literally. As with most new hardware releases, however, there are a few things that downplay the experience slightly — but not enough to make you not buy one.

On the contrary, I believe every console-fan should own one sometime in the next few years. Even if it’s just for the fire exclusive game lineup (with more to come, no doubt) or the experience-enhancing DualSense controller. If there was a console war (there isn’t one, calm down), the PlayStation would win just because of this little piece of hardware that comes in the box, sitting neatly next to your brand new console.

Let’s discuss the tower in the room first. This is a big console — it doesn’t matter what angle you look at this from. Sony brings out its weird side, as we’ve seen on all the odd-console releases. 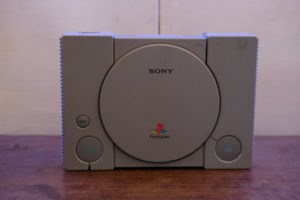 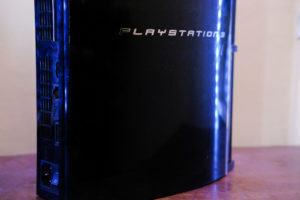 Remember the Original PS? And the PS3? Both features rounded edges and strange formats — we’re back there with the PlayStation 5. Sony just managed to make it look extremely classy. The addition of a bunch of next-gen tech like RTX graphics, SSDs and a bigger fan (to minimise jet-engine noises) meant this thing was going to be big from the start. Sony just didn’t want it to look like another PC tower (ahem… Xbox).

The curved white side plates mounted on a single black tower with Sony’s light-strip doubled up this time, meaning it’s more of a showpiece than just a gaming system. While PCs are best hidden under the desk, this is a piece of hardware you wouldn’t mind displaying next to your TV. This is helped along with its vertical format, which actually doesn’t take up all that much space on a table. To make your life easier, Sony’s included a stand in the box that’ll allow you to place the PS5 either vertical or horizontal — depending on your preference. The same attachment can be used for both formats, which is a nice addition.

One of the biggest promises for next-gen, is the inclusion of SSD storage and memory tech. These are the main reasons why loading screens in-game will be a thing of a distant past. Solid-state drives are just… so much better than conventional hard drives. They allow for faster loading for a variety of reasons, and offer next-gen some insane opportunities for in-game content. The reason this works is that the data transfer speed of SSDs (over 400 MB/s) is significantly higher than that of HDDs, which generally only deliver under 170 MB/s.

But. There’s a but. SSDs are hellishly expensive to manufacture. For this reason, you only get an 850GB SSD in the PS5 console (both disk- and digital versions). After the system’s allocation, you have around 660GB to play with. That’s… not enough. As we know, games aren’t getting smaller. So additional storage space is something many players have been asking for over the years. Just to give you an idea — I managed to fill up the PS5’s storage space within three hours of receiving my review device. That’s both dedication to the cause of testing and a sad fact that I’ll never have more than 6 games on this thing. In addition to the SSDs, the PS5 is fitted with Sony’s proprietary RTX graphics system. It’s the first time (bar the next-gen Xbox) that we’ve seen the improved graphics tech in the form of ray-tracing in a console. This brings far more true-to-life lighting capabilities to games. Running Black Ops: Cold War on the PS5 brings some beautiful neon lighting techniques, reflections in puddles and shiny surfaces. Clearly, this gives developers more room to play with graphics, making games even more engaging.

Then, you have the choice between a disk-variant and the diskless, both of which come with the same amount of SSD storage. There’s also a R2k difference between the two, but if you’re a collector — make sure to save up extra cash and get the disk-version. Disks will take some of the storage load off your SSDs.

If you put aside the SSDs, the brilliant RTX graphics, the improved cooling system, the towering size of the box and… just disregard the whole box, actually. Then the PS5 still features a massive upgrade in the form of the DualSense controller. This time you get improved haptic feedback. It’s literally so good we couldn’t comprehend the accuracy and detail in the vibration feedback. First thing we did was boot up Astro’s Playroom (I know, I know — there’s a point to this). It’s been developed with the new controller’s features in mind and plays through a small controller tutorial — it’s here where you really get to test the DualSense’s vibration feedback and adaptive triggers.

Dropping into Spider-Man: Miles Morales showed us how the adaptive triggers can be used irl. The PS5 announcement talked it up quite a bit, but using it as Spider-Man, swinging merrily about New York sold us on the idea. You can physically feel tension at different points in the swing as Miles puts more weight on webs. Honestly, we can just swing around town for a day and not be mad at it. Switching over to Black Ops Cold War really shows out the capabilities of the adaptive triggers. With each weapon, the adaptive triggers adjust and gives you a feeling of the weight/power in the weapon you’re using. The heavier the gun, the harder to pull the trigger to aim, while pistols and small automatic weapons feel easier to handle. It’s clear these can be used for a variety of different applications in games. But one thing’s for sure — this controller is the player’s tether to the gaming world, and this is where the PlayStation 5 really shines.

Even more so, the DualSense retains the 3.5 audio jack but now features an improved built-in microphone and speaker. Party chat is made so much more streamlined, especially if you’re not equipped with a pair of earphones. Sound quality of your party’s voices through the DualSense is great, and the microphone picks up the player’s voice clearly. This is a great feature that makes team play more inclusive. Sony’s gone above and beyond bringing us the best tech available right now in a sleek (albeit gigantic) package. RTX-powered graphics give us chills, SSD loading time makes us hold off the bathroom breaks, the controller blows our minds and the PS exclusives make the whole thing worth it. You will be sacrificing storage for convenience — welcome to the console business.

The standard PlayStation 5 will cost you R12,000 while the Digital Edition comes in at R10,000. It seems steep, considering where South Africans are at right now. We know that there is very limited stock coming into South Africa, and the limited stock may last well into 2021, unfortunately. But if you’re keen on one, keep an eye on stock drops and competitions (there seems to be a lot of them going around).

If you’re keen on next-gen gaming and don’t have R25k to splurge on a custom PC, the PlayStation 5 brings gamers closer to the gaming experience as a whole.