It feels wrong hyping up another massive consumer product launch in a year like 2020. As the world’s people struggle to make ends meet (thanks, COVID), corporations have shown no signs of slowing down. With that, the next-gen game console launches planned for this year went ahead as normal. And you know what? We’re so damn happy that it did.

It’s especially in times of turmoil where humans tend to find other avenues that feed them happiness. Whether it’s something small like retweeting a friend’s CV or something larger like saving up to buy a PlayStation 5 — we need these things to thrive and be happier. Even more so when we’re stuck at home.

Enough of the soppy stuff. Let’s see what Sony’s latest and greatest gaming console (the PlayStation 5, if you were wondering) has to offer. Spoiler Alert! It’s a lot.

Its salvation and its downfall

Okay, we haven’t reviewed many devices where the same piece of hardware causes both the salvation and the downfall of a device. That kinda happens with the PS5’s newly designed SSD storage and memory system. Since the official launch (okay, and even before in the form of leaks), Sony has been playing up the system’s new SSD storage. Solid-state drives are just… so much better than conventional hard drives. They allow for faster loading for a variety of reasons (we’re not diving into that deep-end right now), which offers next-gen some insane opportunities in-game content. But. There’s a but. SSDs are hellishly expensive to manufacture. For this reason, you only get an 850GB SSD in the PS5 console (both disk- and digital versions). After the system’s allocation, you have around 660GB to play with. That’s… not enough.

As we know, games aren’t getting smaller. So additional storage space is something many players have been asking for over the years. Just to give you an idea — I managed to fill up the PS5’s storage space within three hours of receiving my review device. That’s both dedication to the cause of testing and a sad fact that I’ll never have more than 6 games on this thing.

It’s here that you ask yourself: can I sacrifice game speed for less storage space? The question should always be yes, but you don’t have to listen to us.

If you disregard the SSDs, the brilliant RTX graphics, the improved cooling system, the towering size of the box and… just disregard the whole box, okay? Then the PS5 still features a massive upgrade in the form of the DualSense controller. 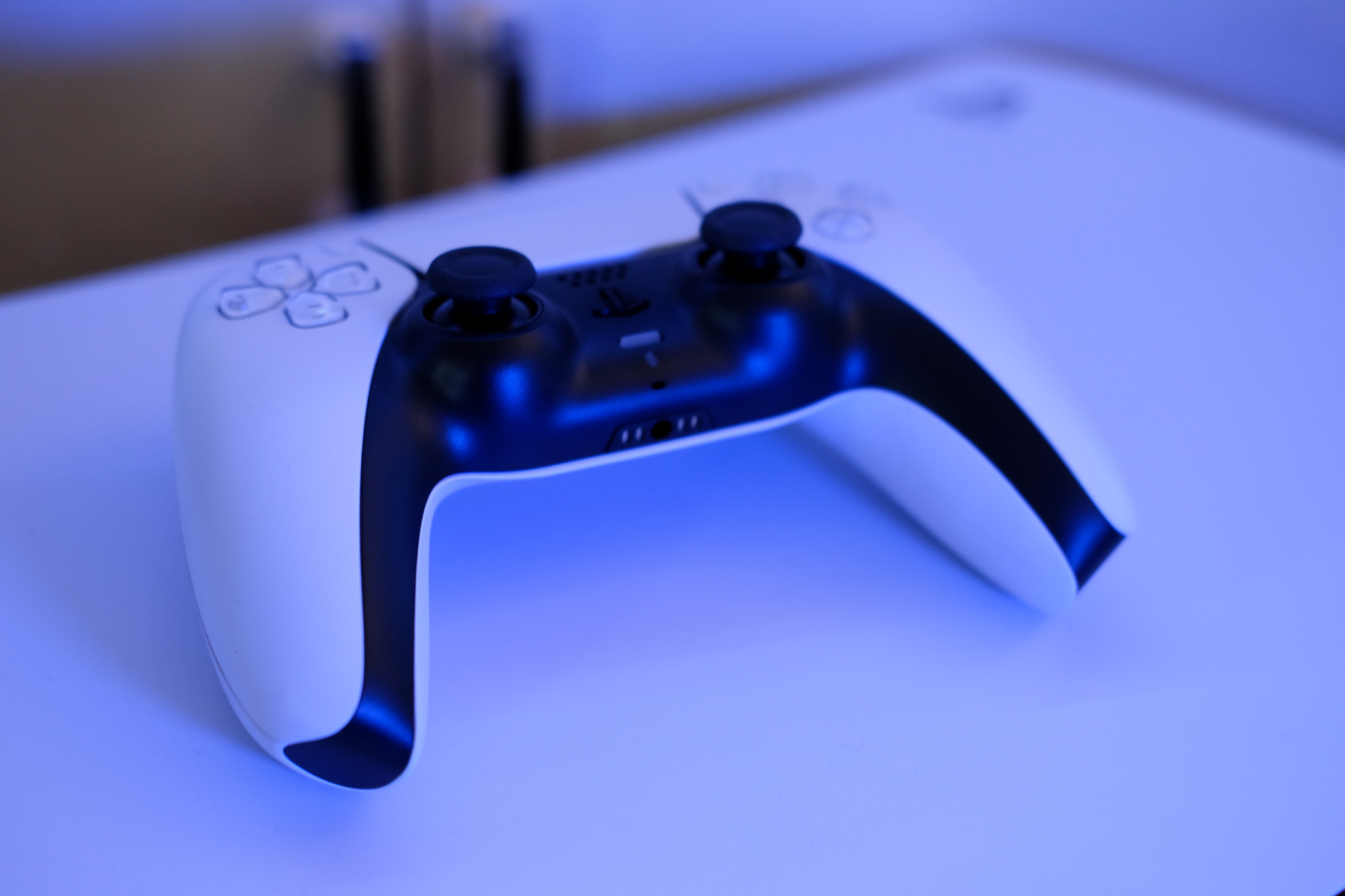 This time you get improved haptic feedback. It’s literally so good we couldn’t comprehend the accuracy and detail in the vibration feedback. First thing we did was boot up Astro’s Playroom (I know, I know — there’s a point to this). It’s been developed with the new controller’s features in mind and plays through a small controller tutorial.

At one point, a bunch of small robots are dumped into the digital controller on-screen, after which it prompts you to turn and shake the physical controller. It literally felt like there were little things in the controller, like a little shaker. This is all done with smart motors and vibration software on the inside, but it completely blew us away. The next upgrade is the adaptive triggers. Dropping into Spider-Man: Miles Morales showed us how the adaptive triggers can be used irl. The PS5 announcement talked it up quite a bit, but using it as Spider-Man, swinging merrily about New York sold us on the idea. You can physically feel tension at different points in the swing as Miles puts more weight on webs. Honestly, we can just swing around town for a day and not be mad at it. Sony’s gone above and beyond bringing us the best tech available right now in a sleek (albeit gigantic) package. RTX-powered graphics give us chills, SSD loading time makes us hold off the bathroom breaks, the controller blows our minds and the PS exclusives make the whole thing worth it.

The standard PlayStation 5 will cost you R12,000 while the Digital Edition comes in at R10,000. It seems steep, considering where South Africans are at right now. We know that there is very limited stock coming into South Africa, but keep an eye on Koodoo for details of more drops. But if you can afford it, it’s so worth it. Full review coming soon.