If you’re anxiously keeping an eye on the gate, waiting for your precious PlayStation 5 delivery, we get it. Sony’s new hardware is highly sought-after for a reason. And if you’re just waiting to load that cross-gen Call of Duty: Black Ops Cold War edition onto your brand new console, there are a few things to keep in mind.

People around the world (that already have access to the PS5) have noticed that simply loading the cross-gen bundle of the new Activision title doesn’t work all that well. Unfortunately, the developers have made it particularly confusing to load and play the right version of the game. Just a PSA: the cross-gen version or the Ultimate Edition of Cold War gives you access to both the PS4 versions well as the PS5 version of the game.

Are we just being dof? Now, PlayStation 5 users may be playing the PlayStation 4 version of Cold War by mistake. The problem lies with the devs, who have implemented a convoluted system. The same happened to the Stuff team on our early review console.

When downloading the game, you’ll be asked whether you want to download the PS4 or PS5 version. If you hit download all (makes sense if you want all the modes, right?), your system will go ahead and download the PS5 and the PS4 version of the game. Fast forward a few hours (depending on your internet speed), and you’re greeted with a new game in your library. Hit play and the PS5 may default to the PS4 version.

The Stuff team played the PS4 variant for a good few hours before noticing something’s off. With ‘something’ we mean the adaptive triggers and feedback wasn’t working the way we expected.

On top of this, some users (including ourselves) are running into a problem downloading the PS5 version of the game. The download doesn’t start automatically, and when prompted, gets stuck in the queue. 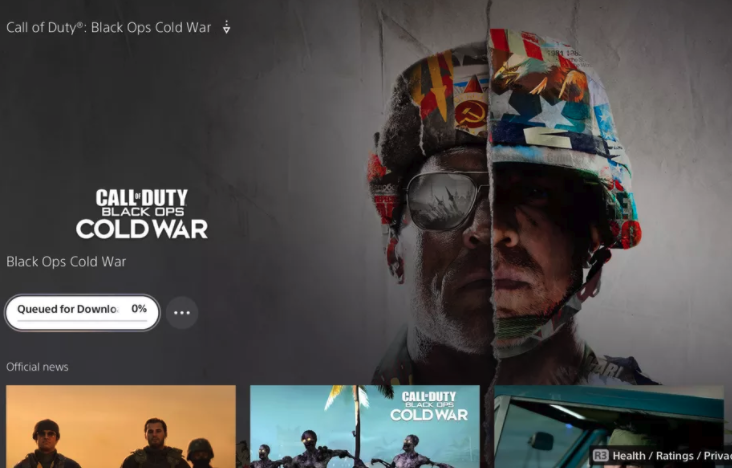 This download queue bug is preventing people from downloading the PS5 version if they have the PS4 version only installed on their PS5. The only solution to this annoyance is a full factory reset of your PS5 system. That means you’ll have to re-download all the data and games that were on the console before.

This is the only game that’s been reported with this issue, and even though there’s a fix, it’s not the most glamorous and will take a lot of time (and data) out of your day. Thing is, this is a new generation of consoles and there is bound to be software niggles, but this is a problem both Sony and developers would need to streamline.