This year Apple, like Samsung, is pushing its luck a little. It wasn’t enough we got more than the usual number of Unpacked events or that Apple’s year-end reveal was split in two. Oh no, Apple decided to split up its event into three, with the final outing titled — appropriately — One More Thing. 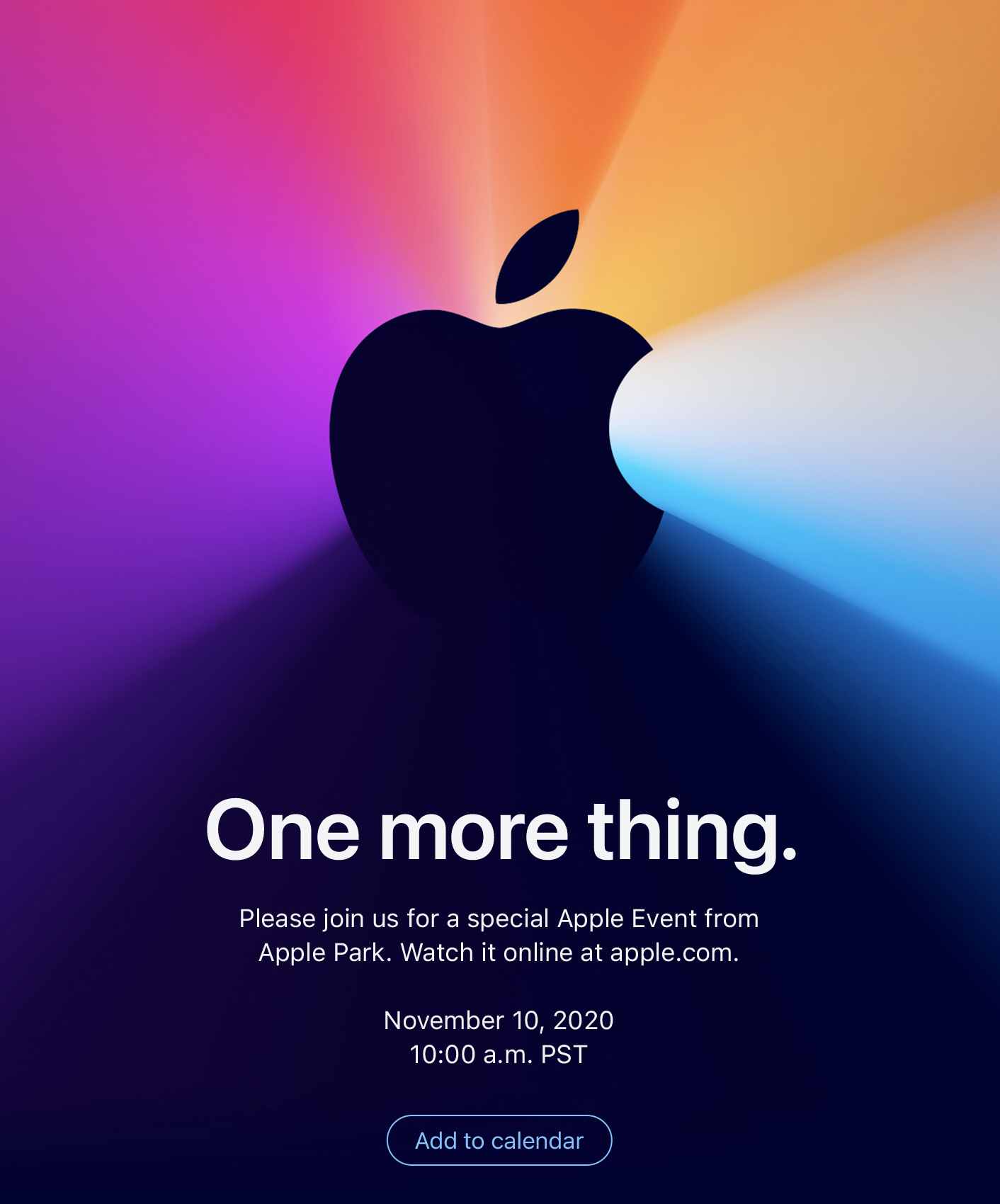 Which, if you’ve been paying attention over the last decade and a bit, is usually what Apple head Steve Jobs (and, later, Tim Cook) would say at the close of a keynote to blow the minds of everyone watching. It generally worked then and we’re hoping it’s going to work now because… well, three Apple events in three months is a little greedy, yeah?

It’s likely that we’ll see the birth of Apple’s new ARM-based Macs, using Apple-designed silicon inside rather than something from Intel. Odds are there’s also a serious augmented reality focus for the event as well, as part of the invitation includes an AR-animated Apple logo that lifts and drops like a laptop lid. Could we see an Apple-made AR headset as well? Nah, that seems a little… unlikely. Or does it?

This is super cool. The Apple event logo in AR resembles opening and closing a MacBook.

A new MacBook powered by Apple Silicon is coming. pic.twitter.com/R6pIpJTWPC

The event kicks off on 10 November (that’s next Tuesday) at 10:00 PST. Here at home, that’ll be 20:00 instead of 19:00 — probably because of Daylight Savings Time or some equally-silly nonsense. As usual, we’ll be keeping a close eye on things so stick around.