South Africans love many things — sports, biltong, cooking meat over fire, beer, South Africa… and those are just the dudes. But perhaps none of these is as venerated at the bakkie, a useful vehicle whether you’re transporting garden refuse, large amounts of groceries, actual farm animals, construction materials or… anything you can fit in the back, really. The point is, South Africa loves its bakkies and, of those, there is none more iconic than the Toyota Hilux. Which is a handy way to introduce the fact that Toyota’s just dropped pricing for its new range.

What does a workhorse cost? The cheapest you’ll get a new Toyota Hilux for is R291,100, which’ll net you the 2.0 VVTi S 5MT single-cab. The S-line is Toyota’s most affordable option. The range has seen the addition of an emergency brake signal, while the step-up — the SR range — gets a new limited-slip diff and Variable Flow Control power steering.

At the very top of the scale is the R765,600 2.8 GD-6 4X4 LEGEND  6AT Hilux — this is a double-cab in the company’s Legend lineup, which all receive a new auto-dimming rear view mirror. All the double-cab 4×4 models get “…leather interior trim, electrically adjustable front seats, a 9-speaker audio system with dash-mounted speakers, keyless entry and push-button start.” There are upgrades across the lineup, from new wheel and paint options to engine upgrades, but that’s not really what we do at Stuff. Unless those motors are electric.

Raiders on the horizon 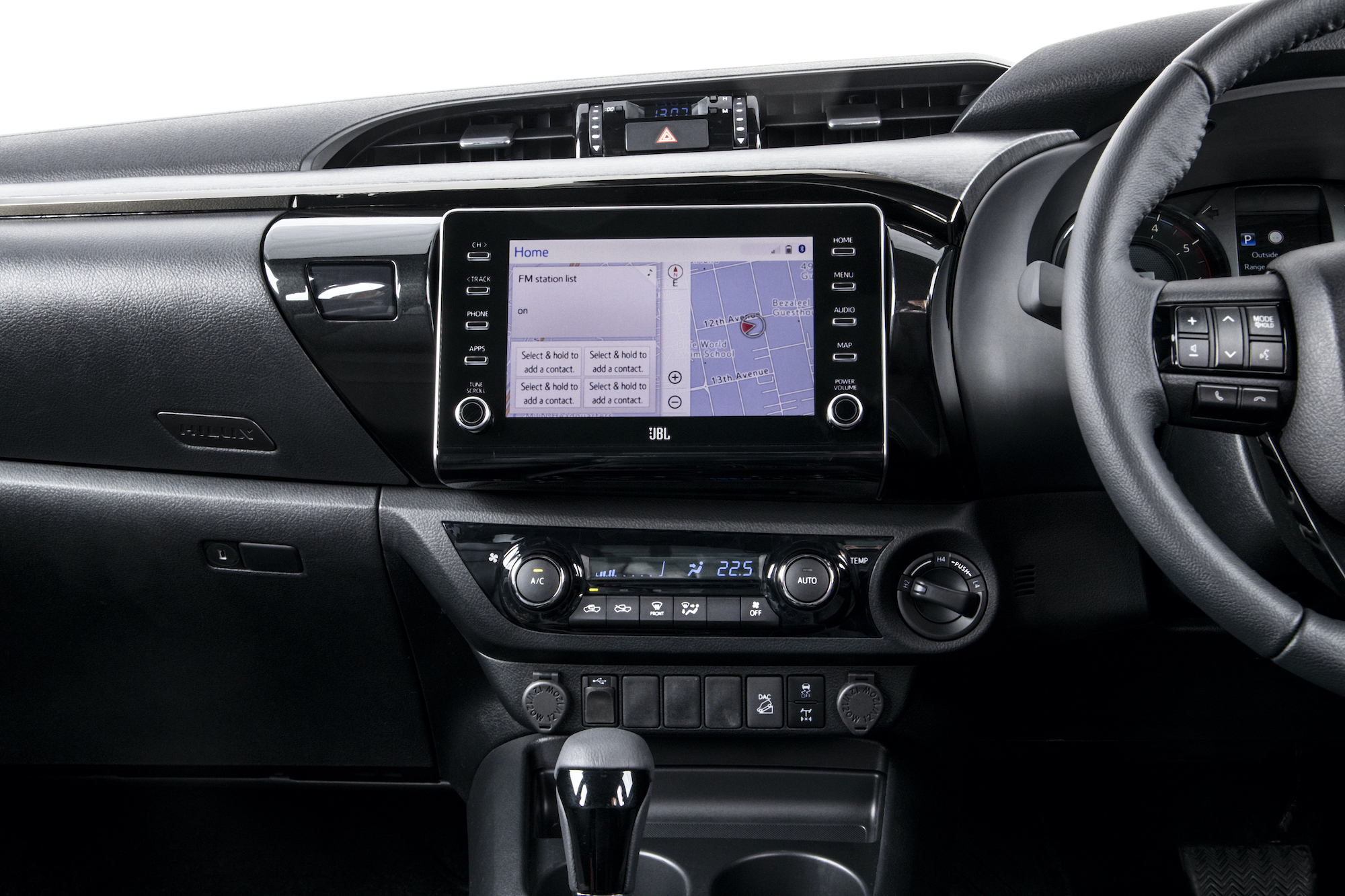 Don’t get excited, yet. There’s no EV model. The largest change to the Hilux is that Toyota’s dropping (kinda) the SRX range, replacing it with the Raider. Glenn Crompton, Vice-President of Marketing for Toyota SA, said “The SRX model has continuously evolved in line with market requests. SRX and Raider have now effectively merged, creating an opportunity for a flagship grade above Raider – precisely what the new Legend grade offers.”

But we’re more excited about what that means for in-car tech. The new Raider and Legend models have an 8in infotainment system that supports both Android Auto and Apple Carplay. Google Maps and Waze are integrated, while all models also support streaming over Apple Music, JOOX, Spotify and SoundCloud. Bluetooth and USB connections are obvious additions as well. And, according to Toyota, “[a]ll Hilux models are also equipped with the Toyota Connect telematics system with an in-car Wi-Fi hotspot and complimentary 15GB data.”

In the market for a new bakkie? All of the pricing options for all of the new Hilux models are below.