An absolute unit. Apple definitely outdid themselves this time around with the Mac Pro 2019. All-round, we think the Mac Pro is one of Apple’s most impressive machines to date. In terms of raw power, it’s the best Mac you can get, but the price makes it almost unattainable for most people.

Who said that a tower PC needs to run Windows (or Linux, for you techies)? Stand down, because Apple has released an absolute beast of a tower machine called the Mac Pro. It’s big, bold and actually pretty beautiful.

Don’t let the pictures fool you, this machine is absolutely monstrous. It’s big and it’s heavy. Just getting it out of the box is a proper workout. The box is fastened with velcro straps along the sides, Outside the packaging, the ‌Mac Pro‌ is a heavy-duty machine constructed from quality components. Also, the “cheese grater” design looks sleek in person — and it’s probs very useful for airflow and cooling. We got to play with the base model, but don’t let that fool you. This tower features an Intel Xeon-W processor with 8-cores at 3.5GHZ each, 32GB RAM, a Radeon Pro 580X graphics card, and a 256GB SSD. Without any additions or extras on the setup, this one’ll cost you R117,600. We only had limited access to the machine for an hour at the Apple head office, so our review won’t cover hardcore testing. Just an overview of its practicality. Apparently they don’t hand these out to everyone to play with.

Step aside, every computer ever made…

When Apple announced the 2019 Mac Pro, it was obvious that this is a machine for heavy-hitters. The outrageous computing power isn’t meant for the general office-worker, mind. If your daily tasks include intensive 3D rendering or running hellishly demanding processes — this tower will look great under your desk.

If you decide to go for all the top-end specs, and all the additions (including R7,000 stainless-steel wheels for the box) you’ll pay up to R975,000. If you’ve got that kinda cash money for a computer, you’re likely in some high-end job that we can’t comprehend yet. Congratulations. What this will get you, however, is an Intel Xeon-W 28-core processor with 1.5TB of RAM and 8TB of storage. That’s some lunacy. Most software can’t even make use of that computing power. But it’s good to know it exists.

Above and beyond that, the Mac Pro is designed to be highly upgradeable, so most of the components can be replaced. People are commending Apple on the Mac Pro’s repairability and upgradability. And we’re proud of you too, Apple. You can swap out the GPU, add all the RAM, and take advantage of eight PCIe slots. You won’t be able to upgrade the SSD yourself though. Apple needs to help you with that, seeing as it’s tied to the machine’s T2 security chip.

It’s heavy, but unlike many other Apple products, the casing is easily removable. Just twist the top handle and slide it off. You can only remove this when the machine is completely unplugged, which is the safest way to go about things. In terms of ports and slots, the Mac Pro offers a decent selection. It’s got single wide and double wide PCIe slots, a 3.5mm headphone jack, two Thunderbolt 3 ports, and two USB-A ports. There are also two HDMI ports, a power supply plug, and two 10GB Ethernet ports. On top of the tower, you’ve got two additional Thunderbolt 3 ports, which are ideal if the machine is standing under your desk.

Although we didn’t get to do proper stress tests in the time allocated, the Mac Pro runs very, very quiet. The three fans on one side optimise the airflow, and the gigantic cheese-grater box is sealed, which helps to keep the thermals in check. We did notice some heat emanating from the back of the case, but nothing too worrying. We’re expecting the model with top-spec components will run very hot. But within tolerances. In the box, you’ll get a braided power cable and a Lightning to USB cable with either a silver or space grey setup aluminium Magic Mouse and Magic Keyboard. The bundled keyboard features Apple’s updated design keys, so no keyboard struggles. Hopefully.

All-round, we think the Mac Pro is one of Apple’s most impressive machines to date. But that’s to be expected. In terms of raw power, it’s the best Mac you can get, but the price makes it almost unattainable for most people. But, just. Look. At. IT! 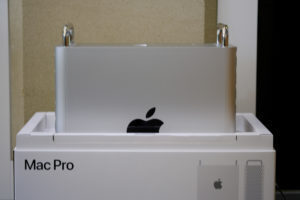 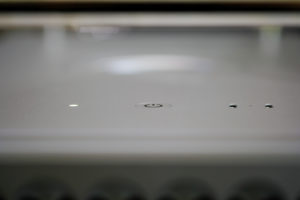 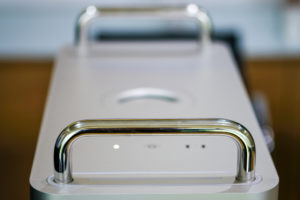 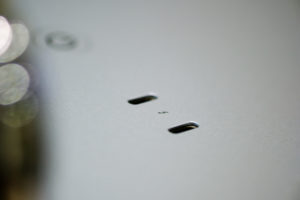 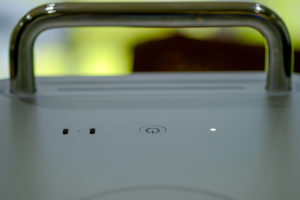 But that’s the thing — the 2019 Mac Pro isn’t for most people. It’s aimed at power users (with a fat bank account) that can actually make use of the enormous power output. It’s also highly upgradable, which makes it the ultimate future-proofed Mac. This is why Apple South Africa won’t bring in actual stock of the machine. It’s a customisable product, so you can go to iStore SA’s website and generate a quote according to your specifications. If you buy it, it’ll be brought in to order.