We might just as well accept that foldable phones are a thing again. Yes, we’ve gone full circle back to the early 2000s. Maybe we should all start listening to Avril Lavigne tracks on our flip phones and wallow in new century angst? Maybe not.

The highly anticipated second foldable Samsung is official, and even though rumours confirmed the moniker, look and functionality, it’s nice to know it’s not just one big hoax. The Galaxy Z Flip is the first smartphone to boast a foldable glass AMOLED display, unlike its big bro Galaxy Fold that utilised plastic OLED. That didn’t turn out too great initially…

It’s called Flexview, and the Android UI has been optimised for the foldable layout. The Galaxy Z Flip comes in three colours: mirror purple, mirror black and in certain countries mirror gold. It’s hella shiny and really smaller than you’d expect. Folded, it’s proper pocket-sized. The fold itself is called flex mode and works kinda like a laptop, which means both screens can be used individually. You can also prop it up like a tiny laptop and take a hands-free selfie. 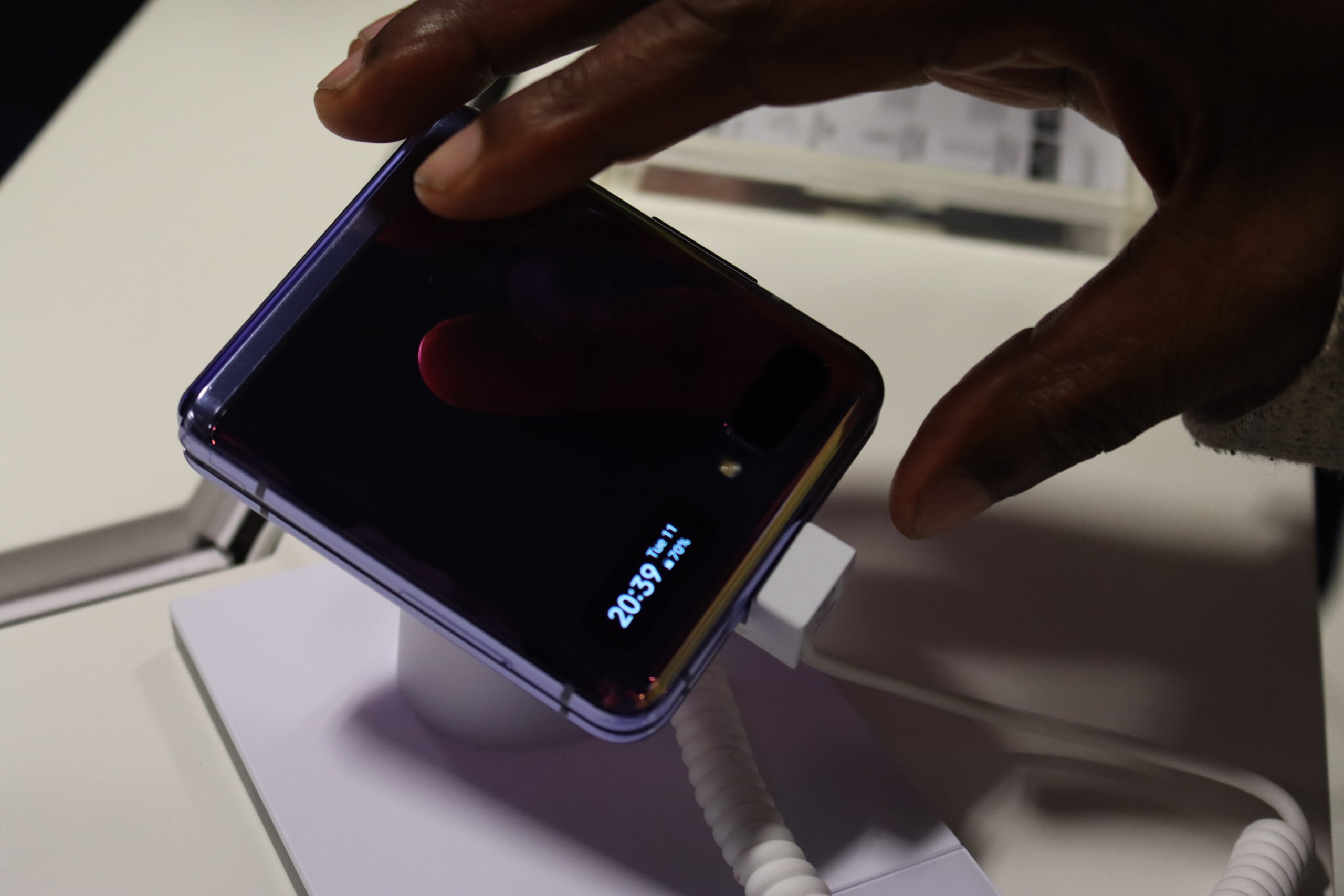 The hinge is developed to keep dust and particles out — the tiny gap between the hinges are equipped with tiny fibres that supposedly keep things from going inside.

Yes, it folds — and this may be the only gimmick you need to buy one of these. The internal specs are by no means game-changing. The Infinity Flex foldable full-HD+ Super AMOLED panel extended, sizes in at a 22:9 aspect ratio at 6.7in.

Powering the device, we’ve got the Snapdragon 855 processor and 8GB RAM. The dual-camera at the back consists of a 12MP Dual Pixel F1.8 optically stabilised main camera and a 12MP f2.2 ultra-wide camera with a field of view of 123 degrees. For selfies, there’s a 10MP camera at the top of the 6.7-inch folding display. Its got 256GB of storage, a 3,300 mAh battery, two SIM slots, full Samsung Pay support, and a fingerprint sensor found on the power button. Like the Galaxy S20 lineup, the Galaxy Z Flip runs Android 10 out of the box with version 2.1 of Samsung’s One UI skin.

The Z Flip will go on sale on 14 February (this Friday), but unfortunately, we have no news whether it’ll be available in SA by then. We\ll keep you updated on availability and local pricing.