Samsung’s beefy Galaxy S20, Galaxy S20 Plus hope to blow you away Samsung’s leading with its best foot forward for this year’s Unpacked event. It’s still early days yet and Samsung does like to go first but this year it seems like they trying to frighten the competition into submission.

That’s not far off the mark, either. Samsung’s throwing as much power as they can at its smartphones this year, in the hopes that you’ll be convinced that a Galaxy flagship is all you’ll need for the rest of the year. Whether you’re actually convinced… well, that’s on you.

Galaxy S20 – The little big one 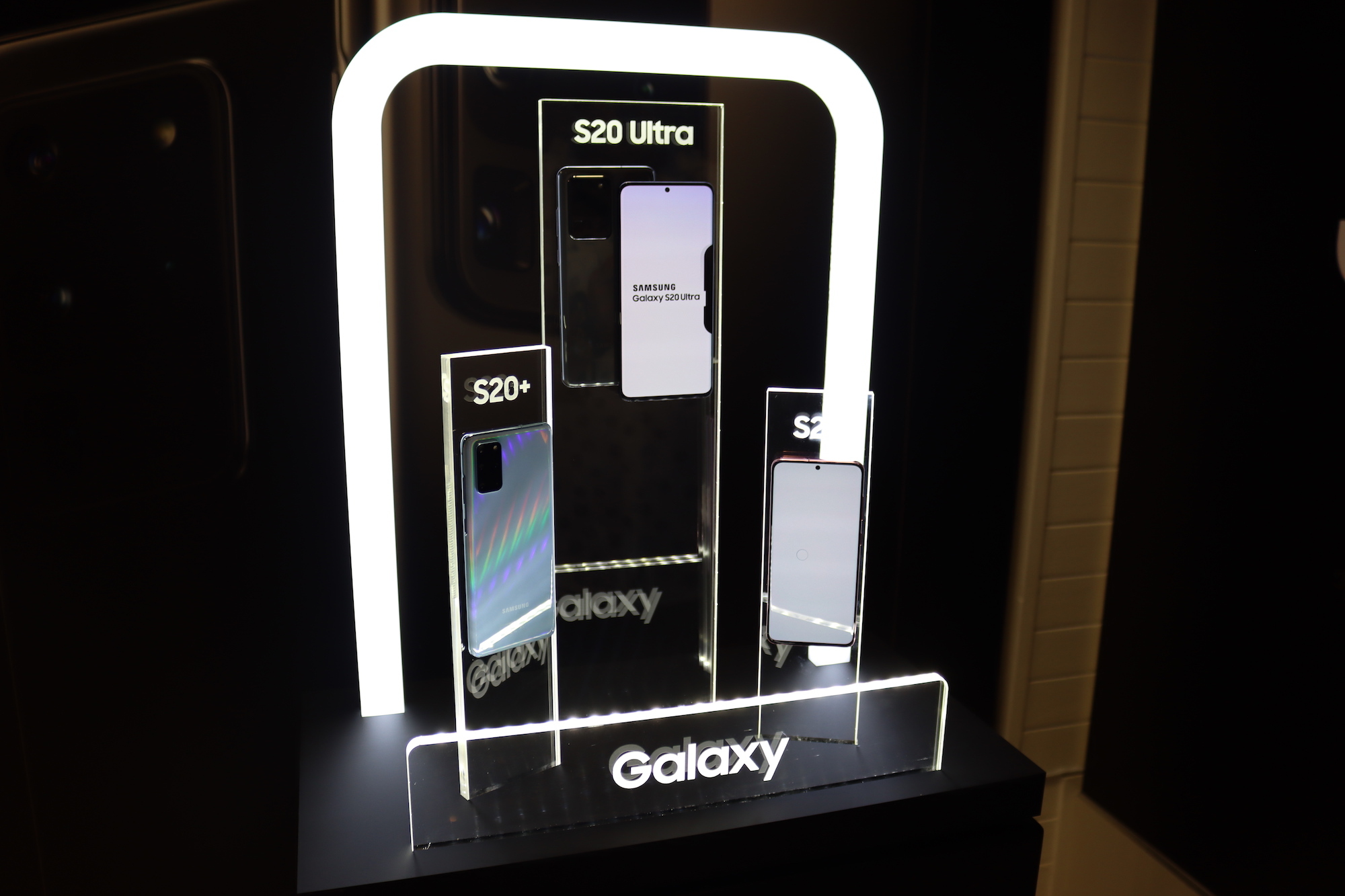 If you’re keen on power, Samsung’s got you covered no matter which of its new handsets you choose. The same processor is in all three of Samsung’s devices. This, obviously, includes the ‘lowly’ S20. The powerhouse? Samsung’s new Exynos 990, backed in this case by 8GB of RAM. We’re getting 128GB of storage as standard, as well as a 4,000mAh battery.

On the screen front, there’s a 6.2in display with the same 120Hz refresh rate seen in the S20 Ultra. Like we said, Samsung’s going all-in on spec this year. The only downside we can see is that they’ll have to pull something really remarkable out of the hat next year. Or release a basic iteration, but that doesn’t seem to be their style just lately.

Samsung’s packed in a 64MP sensor working with a 12MP main and 12MP ultra-wide sensor in the Galaxy S20, which offers up to 30x Space Zoom (there’s that Ultra’s influence again), as well as its new Single Take and Bright Night features, as well as something called 8K Video Snap. Guess what that does?

Galaxy S20 Plus – The middle big one

As is customary, Samsung’s S20 Plus is almost identical to the S20 — it’s just a little bigger and a little more expensive. It shares the Exynos 990 and 8GB RAM/128GB storage guts, and the 120Hz screen — though the screen size is 6.7in instead of 6.2. It’s still a dynamic OLED, and has Samsung’s skinny-ass bezels.

The battery has increased in size as well, up to 4,500mAh, but the camera spec is basically identical. That’s Samsung’s 64MP camera sensor, the 12MP ultra-wide, and Samsung’s 12MP main. Weird flex, but okay. This one also includes a ToF camera, which’ll do all those interesting depth things we like so much. 30x Space Zoom, Single Take and Bright Night are all features here, but the extra sensor should give things a little bit of an extra punch. And then there’s the big big one — Samsung’s Galaxy S20 Ultra. As for just how big it is, the clue’s in the name. It’s Samsung’s Ultra — big on features, big on camera, very big on price. For more details on that one, just follow the handy link.