Why yes, someone has got a flying car coming to market soon. Welcome to the future 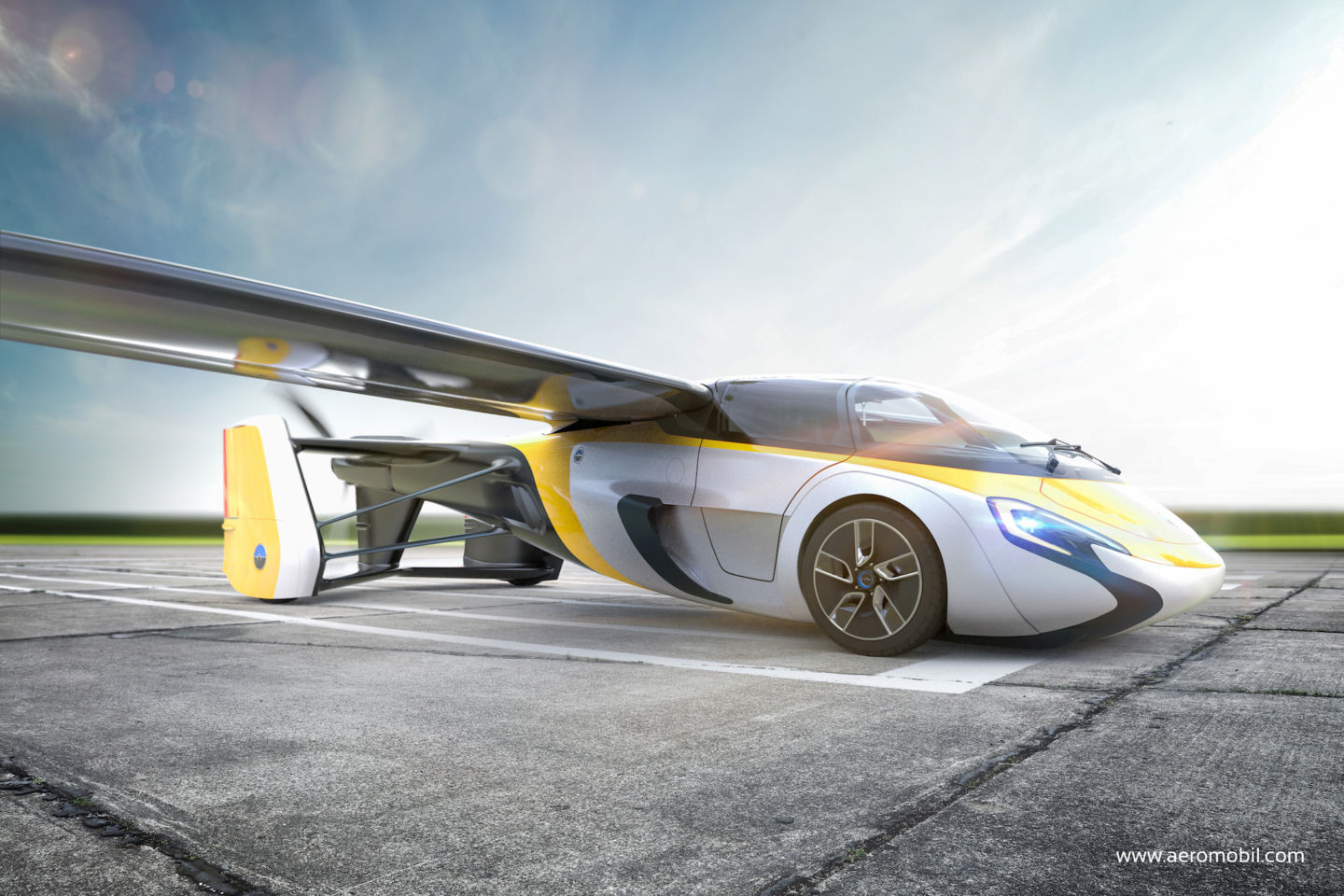 It’s 2017 and (we’re showing our ages now) we were told that we would have flying cars a little after the year 2000. Beyond 2000 has a lot to answer for. If you weren’t around back when dinosaurs roamed the Earth, we’ve been waiting for our flying cars, dammit. And they’re… wait, they’re here. If you have a stupendous amount of money and a pilot’s license, at any rate. A company called AeroMobil has revealed the newest iteration of their Flying Car (clearly someone went to the Apple School of Naming Things) and it’s a doozy. It’s got a traditional engine for flight (and some on-road duties) but a lot of your around town work will be taken care of by electric motors — because you can’t have a flying car and not have it be a hybrid these days. The final final version (the one pictured is the fourth attempt) will have a range of about 720km and it’ll cost you at least R17 million. It’s the future, nobody said it would be cheap.

Call of Duty is heading back to its roots, in no way copying Battlefield 1. Promise Well, tomorrow is going to see YouTube setting some kind of record. That much is all but certain. That’s because it’s the official reveal of the new Call of Duty, which is late this year. But it’s cool, because Activision has confirmed for everyone that the series is heading back to World War II. Which is not copying the success of last year’s Battlefield 1 in any way, we sure. That’s technically correct, as Electronic Arts’ well-received title was based around World War I. We’re going to hear a lot more about Call of Duty: WWII tomorrow during the official reveal but we’re sure that we’ll see a leak or two spring before then. Expect a November release and gas-masks and bayonets will be available via microtransaction. We think. But were will the zombies come in?

Tesla’s recalling 53,000 vehicles thanks to a dodgy handbrake In a reminder that even the best companies will have a bad day, Tesla has announced a voluntary recall of more than 53,000 Model S and Model X vehicles. Not because the Autopilot has gained sentience or that there’s a battery issue, though. It’s more mundane than that. Tesla owners are being called back so that the company can have a fiddle with the handbrake. It seems, according to the company, that no issues have arisen as a result of the handbrakes, but they’re erring on the side of caution and swapping out a possibly-faulty component anyway. According to Tesla, the fault only affects about 2% of the models made in 2016 but they’d like to be sure. Even if you ignore the recall, the issue, if it shows up, seems to stop you moving rather than stopping you stopping — the company said “Tesla recently discovered a potential manufacturing issue with the electric parking brakes installed on certain Model S and Model X vehicles that could prevent the parking brake from releasing.” Everyone’s favourite superhero played by Ryan Reynolds (we don’t talk about the green one, or the one with the laser eyes), Deadpool, was always going to come back for another movie after the surprising success of the last one. And now, even though we’re not exactly sure what the movie will involve, we’ve got a launch date for it. Fox, the company behind the property (and the X-Men films, and a few others) have dated Deadpool 2 for a 21 June 2018 launch, so now we know exactly how long we’re going to have to wait. And wait. And wait… If you’re concerned with movies that aren’t Deadpool 2, there’s also a new X-Men (subtitled Dark Phoenix) on 2 November 2018 and a New Mutants film a little sooner, on 13 April 2018.