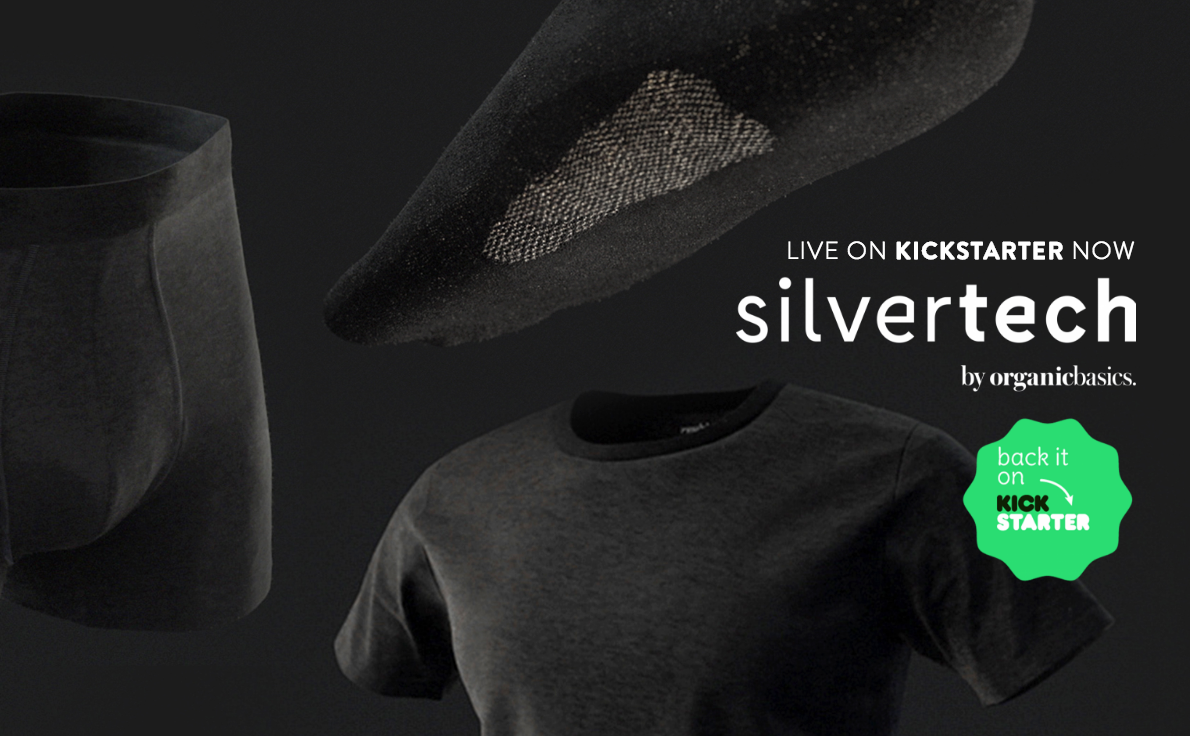 Look, where else are you going to see the worlds ‘silver magic underpants’ next to each other and not have it come from a third-rate Terry Pratchett knockoff. Light Start brings you actual silver magic underpants or nothing at all. Wait, that came out wrong. Anyhow… Danish company Organic Basics had taken to Kickstarter with its SilverTech underwear, which has been ‘silvered’. Threads of silver have been woven into the fabric, giving it anti-microbial properties (seriously, silver does some amazing work against germs and such), making sure that your junk doesn’t smell like… er… junk. The garments also help you to thermo-regulate, which probably means that you won’t get quite as sweaty. Unlike the fart-catching underwear we’ve seen, though, (you thought we were kidding, didn’t you?), Organic Basics’s Kickstarted underwear won’t be able to filter your flatulence… is it our birthday or something? So many unique sentences in one morning.

Okay, now we’re just getting lazy. Furbo will throw dog treats so that you don’t have to


We might be on the way to peak tech right now. Gadgets like Furbo, which is a camera that will let you shoot treats at your dogs, probably shouldn’t exist. This is how we all wind up in tanks or cages while the apes take over. Okay, okay, maybe it’s not as bad as all that. Furbo is basically a dog-centred Netatmo camera, which has the added option to remotely feed your dog treats by shooting them out of a hole in the side. It also has a few other cool features for pet-lovers who want to keep tabs on their canines while at the office. It’s got a bark sensor, which will activate a phone notification on the app, and users will be able to chat to their pooch and perhaps calm them down. Sounds… pretty cool, actually. If you want your own, you can back it on IndieGoGo.


Space, space, space, space, space, space, space. Guess what we think 2016 is going to be the year of. There’s enough cause to think so, what with the innovation spike in the last six months. We’ve seen plenty of footage of rockets leaving Earth just lately but not enough of them touching down. Those are increasing, though, and this one, captured through the GH2 vent in Blue Origin’s New Shepard booster’s ring fin, gives us an idea of what it might look like to return to the planet from a manned, reusable rocket. Not that we’d try that just yet but the day is coming. We have all the hope on the world for that.

One of the companies vying for the Hyperloop title, Hyperloop Transportation Technologies (and they’ve got the name nailed), has announced that it will be using a technology called passive magnetic levitation in order to create their prototype. If successful, it’ll be the foundation of an actual Hyperloop which could whoosh us from Cape Town to Jozi in an hour or so. The technology is supposedly simpler and more effective to use than existing maglev systems. Passive magnetic levitation was invented by the late Richard Post, who called his technology the Inductatrack, and the technology itself has now been licensed by HTT. You can see it in action in the video above, including a very brief glimpse of what looks like a scale-model prototype of the tech in action.