The next Galaxy Buds may monitor your health through your ears

Fairly soon, you’ll be able to drop that fitness tracker altogether in favour of the humble earbud. According to new… 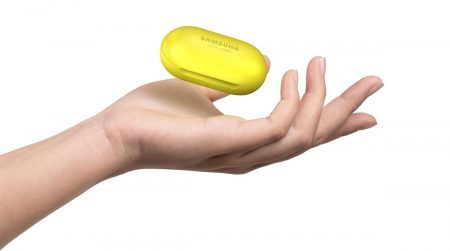 While the Galaxy Buds may be almost a year older than the improved Galaxy Buds Plus, Samsung has confirmed that… The ladies and gents who make up Stuff spend loads of time using headphones. We all love to talk and… Samsung Unpacked tonight: What to expect and where to watch it

It’s finally that time of the year again — time to feast our eyes on Samsung’s new gadgets. It feels like just yesterday that we got to play with the Galaxy Note 10. Now it’s time to see what else Samsung has been up to. A 30-second TV spot for Samsung’s Galaxy S10 handset was prematurely broadcast in Norway. And, of course, someone was on hand to capture the moment. Samsung wasn’t content to reveal their first folding smartphone and three new Galaxy S10 models at this year’s Unpacked even in San Fran. No, they took the wraps off a set of wireless earbuds and two new fitness-focused wearables, too.