Samsung wasn’t content to reveal their first folding smartphone and three new Galaxy S10 models at this year’s Unpacked event in San Fran. No, they took the wraps off a set of wireless earbuds and two new fitness-focused wearables, too. Let’s take a look at them, shall we?

Sayin’ hi to the Buds 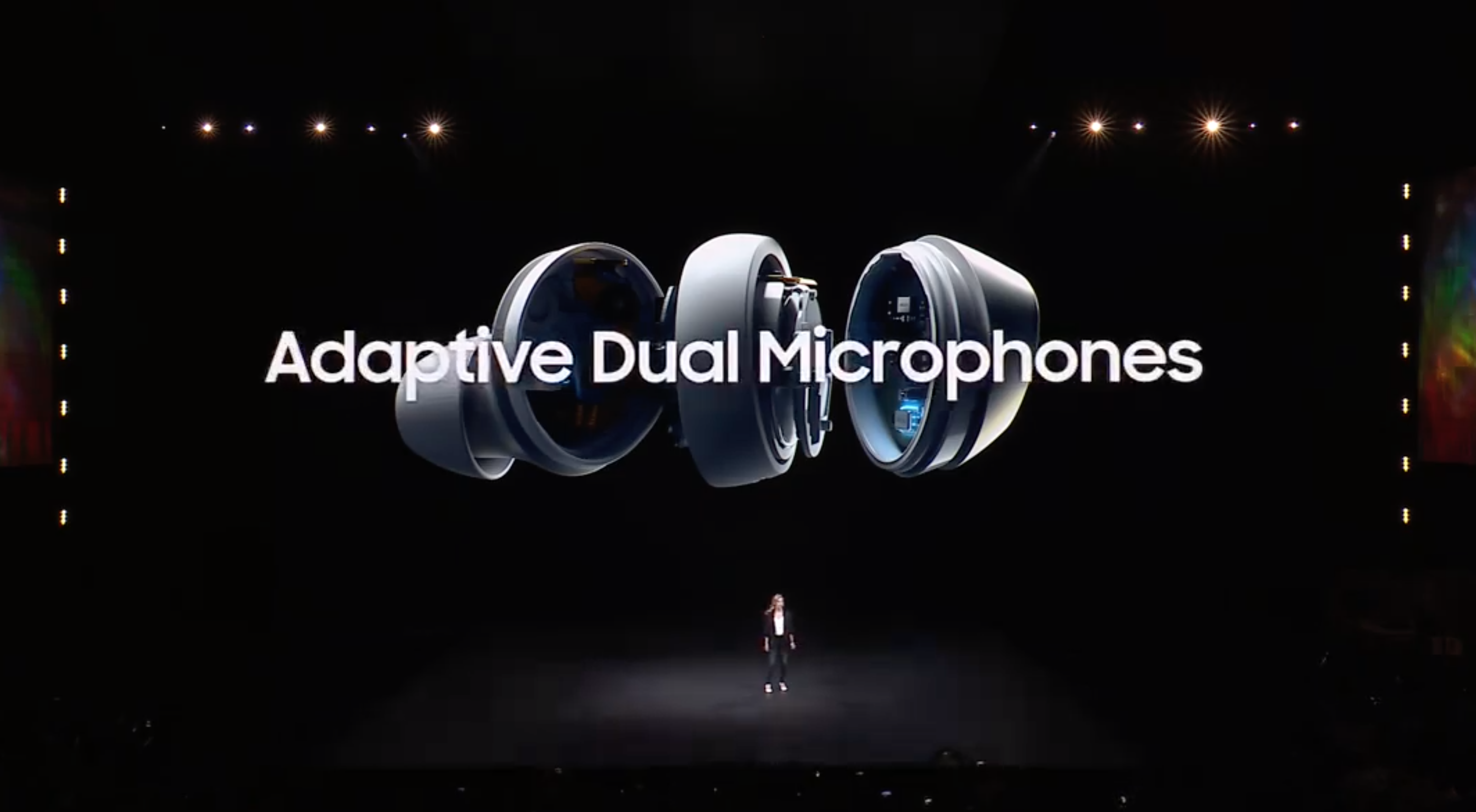 Samsung’s Galaxy Buds may have leaked early but we didn’t get a whole lot of detail from that leak. Samsung’s taken care of that. The Buds make use of AKG sound (hardly surprising, since they kinda do belong to Samsung). The ear-buds have adaptive dual mics — one on the outside and another inside each bud. The outer mic works when ambient noise is low, while the internal one takes over if you’re near noise. The arrangement makes certain that others can always hear you — even if you’re transmitting from inside your own skull.

The Buds are smaller than Samsung’s previous earbuds, while featuring longer battery life. Samsung claims five hours of calls and six hours of music on a charge (with a recharge or two coming from the case, no doubt). Users will be able to control their smartphone using Bixby voice control — meaning that maybe now we’ll actually use it. Bixby is also getting support for instructions in German, Italian, and Spanish — now we can ignore it in several European languages as well as English. Samsung’s also ramped up English recognition, specifically local accents (bru). We’re not sure where SA stands on that one, but we’ll be sure to check that out.

Back on the Buds, Samsung’s made sure that wireless charging is supported. You could use a Qi-enabled pad, but the Galaxy Buds can also use the Galaxy S10 as a charging pad. Neat. Expect the earbuds to be available from 8 March, along with the S10 line.

A couple of wearables also made an appearance, though Samsung didn’t go into a whole lot of detail. There is a new Galaxy Watch Active, a fitness wearable with smartwatch ambitions on the way, as well as a new dedicated fitness tracker: The Galaxy Fit.

The Galaxy Fit is a dinky little thing, clocking in at just 23 grams. It’s water resistant, has a colour AMOLED display and should last you a week on a charge. Fitbit’s base trackers might be looking a little nervous right about now.

The Watch Active and the Fit share a collection of features — specifically the water resistance and the ability of both devices to automatically track six different exercises. Users can manually input several others, so if you must have your Norwegian Biathlon/Crossfit marathon recorded for posterity that’s totally doable. Oh, yeah, and both devices have sleep tracking. Next up? Launch dates for South Africa, hopefully, though we expect it’ll be around 8 March, too.

[Update: Samsung’s confirmed pricing for the Galaxy Buds is R3,000].