Perhaps the biggest talking point at the Oscars — apart from that slap — was the triumph of the streaming platforms. The biggest award of the night, best picture, went to Apple’s Coda, reportedly narrowly beating Netflix’s The Power of the Dog, directed by Jane Campion (who nevertheless won the best-director Oscar).

What is noteworthy is how the centre of power has shifted in the movie business, from the traditional studio powerhouses and the cinema complexes that screened them to an alliance between those studios and the streaming platforms that now distribute them.

In the TV space, it is as noteworthy a shift in the making of local shows. These were once the preserve of local broadcasters the SABC, e.tv, and MultiChoice’s DStv; but the streaming platforms are now significant players.

Netflix has over 80 SA films and TV series, as of December 2020, which were viewed 26 more times outside the country than in it last year.

Netflix says the Film Afrika production will create opportunities for over 50 SA cast members, more than 1,000 full-time crew member jobs and a mentorship programme for 30 young creatives and technicians, in collaboration with the SA Film Academy, this year.

“SA is fast becoming a top global location for Netflix productions, with the country viewed as a go-to location with a robust and talented film industry filled with local creatives to bring international stories to life,” it says.

This month Netflix premiered a documentary about the 2014 killing of Bafana Bafana captain Senzo Meyiwa. “For us at Netflix, we totally believe that great stories can come from anywhere, and be loved everywhere, so no exception here. We’ve been able to look at some of the best storytellers in the market, to be able to work with them,” says Amadasun.

He mentions the success of My Octopus Teacher, the 2020 Netflix documentary film about filmmaker Craig Foster spending a year bonding with a wild common octopus in the kelp forest off the Western Cape coast. Directed by Pippa Ehrlich and James Reed, it won the best documentary Oscar last year.

The African content team is looking a lot more into nonfiction and documentaries.

Amadasun says part of Netflix’s investment is in the way it supports emerging talent in Africa. “We’re working with them to bring their stories to life on the platform, as well as ensuring that they have this potential to reach more than 220 million subscribers around the world.”

Netflix worked with SA Tourism last year on a study that found that after watching SA content, viewers surveyed in Canada, France, the UK, Brazil, the US, and Germany were “3.1 times more likely to make SA their No 1 travel destination” — and 5.6 times more likely to learn a local language.

“As a result of people watching SA titles, they’re three times as likely to come to SA,” says Amadasun. It’s an obvious yet somehow unexpected side-effect of good local television.

There is a lot of excitement for Silverton Siege, starring Arnold Vosloo. It is set in 1980 and is based on the true story about how a failed ANC sabotage mission turned into a hostage drama at a bank in the Tshwane suburb of Silverton, says Tendeka Matatu, Netflix’s director of film for Africa. It is Netflix’s first script-to-screen original film from SA and will be available for viewing from 27 April (Freedom Day).

The local drama Blood & Water has been renewed for a third season and production has begun in Cape Town.

Another local success is Reyka — a co-production by M-Net, Fremantle, Quizzical, and Serena Cullen Productions that was screened on the UK’s Channel 4 this week and can be seen in 80 countries.

Amadasun says Netflix offers filmmakers “the opportunity with the platform to reach a really wide audience and start to show how African stories are constructed and how they can be loved anywhere in the world.”

Listen to the podcast with Netflix’s director for Africa, Ben Amadasun, here. 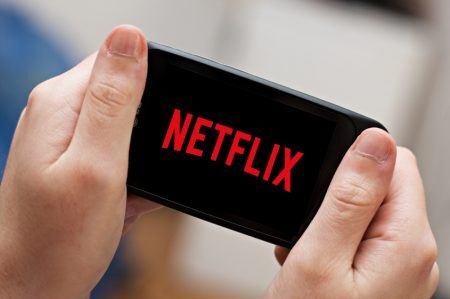