If you want a weird way of defining the beginning of 2022, then look no further than the most exciting technology previewed at the annual gadget fest that is the Consumer Electric Show was a self-driving tractor and a BMW that changes colour almost instantaneously.

I am particularly interested in both, as it happens. The 8R tractor by John Deere was the early headline grabber, because, well, it’s a self-driving, AI-driven autonomous, er, tractor. It also costs over $600,000. This is not for your tractor for everyone, but it is the portents of a new era of industrial farming.

The changing colour of the BMW iX is fascinating and novel development using a well-established technology called electronic ink, or e-ink.

I’ve been a huge fan of it for well over a decade, for entirely different uses. If you’re an Amazon Kindle fan like me, you’ve also been using e-ink too. It is a truly wondrous invention. Tiny balls which have black and white halves are arranged into text on a Kindle (or patterns on the iX) with a tiny electrical current. Once the page is “turned” on the Kindle, e-ink needs no more electricity to stay on that page.

It’s a low-power technology that has been at the heart of Amazon’s decades-long push into e-readers. It has enabled a reboot of the publishing industry, creating a digital device (long before smartphones became our everything Swiss-army-knife gadget) that spurred on a digital revolution of its own. There are many other e-readers, including the excellent Kobo, but the combination of Amazon’s publishing catalogue (and the ability to sell a reader an e-book, paperback or hardcover and even audiobooks, which the new models of Kindle support) has made the Kindle the market leader.

I think such e-ink devices are enormously useful in education. I didn’t get glasses until I was nearly 13. I made it through the whole of primary school without ever knowing the blackboard was part of the lesson. I got through school by reading.

I have essentially self-educated myself my whole life by reading – and mostly on a Kindle for at least the last 15 years. A low-power device that store thousands of books, textbooks, comics for kids, and even audiobooks is just what Africa, and the rest of the developing world, needs to educate our hundreds of millions of youngsters. Reading is rain for the brain, like education itself.

BMW using e-ink as a way of “bringing the car body to life” is a clever use of the technology. “You decide what you want to wear, what your social media status is – and you can decide what your car looks like,” said BMW project leader Stella Clarke.

I am not someone who really cares about such things, but I am impressed at the application of a technology that can only benefit from this smart adaptation of it.

Two of the other uses are for the car to “flash” itself in a car park when you’re looking for it (this might be the least sophisticated application of e-ink, but I suspect it’s most useful) and it can also display data, like the battery charge.

I have been testing the iX for several weeks now and can confirm BMW have a winner with what is clearly its flagship electric vehicle (EV).

The top-end model xDrive50 has an insanely large 115 kWh battery, which is 10 times the capacity we have in our house (14.4kWh). I could run my house off that car for 10 days with it – which I am sure is a few software updates away from being a very handy secondary use of electric cars.

I have been driving the iX xDrive40, which has a range of 425km, while the xDrive50 has a 630km, or enough to drive from Joburg to Durban. They are insanely powerful (nought in 100 in a bliksem-fast 4.6 or 6.1 seconds, respectively) and the styling and trimming as futuristic. There are no door handles (just a button), the usual BMW controls are all Swarovski crystal, and the entire glass roof can be switched from transparent to opaque at the press of a button. It’s great for parking the car in the sun, and for impressing your four-year-old son (and many adult friends).

I was never a petrolhead growing up but I fear I am becoming a battery head, my new name for EV lovers. The last time I drove a trendsetting BMW electric car – the impressive i8 about five years ago – I started factoring in an extra 15 minutes whenever I left somewhere for all the people who wanted to come to look at it. The same is true of the iX.

The 75cm curved touchscreen in place of a dashboard is a winner for the crowds, but a tremendously useful new interface.

BMW’s adaption of e-ink as a vehicle cover is a brilliant use of a mature technology in another category altogether. It’s as unlikely to be on every car as smallholder farmers getting autonomous tractors anytime soon, but it is a great portent for the car industry.

There was a time when automatic gearboxes (and even seatbelts, at one point) were premium items in a car. Give it a few years and the impressive top-end features of the iX and the self-driving tractor will become cheaper as supply and demand factors kick in.

In the meantime, I feel like I am driving the future. 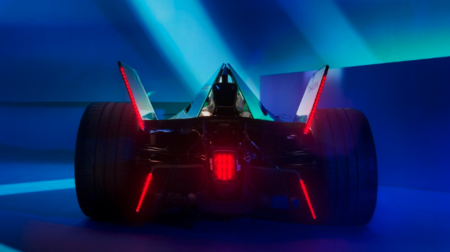