By MarcéJanuary 5, 2022No Comments3 Mins Read South Africa’s always been late to the tech party – that’s largely still true with regards to many mainstream mobile phones and many other devices. At least the current government isn’t deliberately limiting access to this tech, like the NP did with televisions in the ‘60s and ‘70s.

South Africa was one of the last countries to adopt television tech, much later than even some African counterparts. South Africans couldn’t even watch the historical moon landing in 1969 due to the lack of commercial television sets. 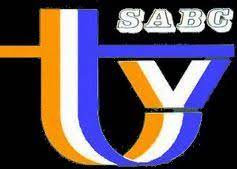 Commercial television became prominent in the rest of the world by 1948 – multiple broadcasting services were established around this time. Not in SA, however.

In the 1950s, Prime Minister Hendrik Verwoerd compared TV with atomic bombs and poison gas. He held that “they are modern things, but that does not mean they are desirable. The government has to watch for any dangers to the people, both spiritual and physical.”

A statement that sums up the Apartheid government quite well if you consider its obsession with the control of its population and feeding them a very specific ideology.

Dr Albert Hertzog, the Minister for Posts and Telegraphs from 1958 to 1968 said that TV would come to South Africa “over [his] dead body,” and is “only a miniature bioscope which is being carried into the house and over which parents have no control.”

The government began changing its anti-TV tune by 1971, after appointing a ‘Commission of Inquiry into Matters Relating to Television’. The commission was led by Piet Meyer, chairman of the Afrikaner Broederbond, and was later headed by the South African Broadcasting Corporation (SABC).

Rise of the SABC


The SABC was already well established at this point – remember that radio was a very prominent form of communication pre-TV. But it wouldn’t flip the switch on its television broadcasting services until 5 January 1976.

“There was only one channel with airtime divided evenly between English and Afrikaans, alternating between the two languages,” says CapeTalk Radio.

While it may have come here late, TV has managed to change the way humans consume entertainment, which has ultimately evolved into something called ‘content’. It’s also been the foundation of many multi-billion-dollar industries across the world.

Our local broadcaster hasn’t, at least in recent years, managed to bear any of the financial fruit that other TV-adjacent companies managed to. That’s largely due to mismanagement and government corruption.

Fall of the SABC Of course, traditional broadcasters are facing these behemoth production houses and companies. Now, they’re up against services like Netflix, Amazon Prime Video and Disney+ (which is not in SA yet, sadly) in terms of content.

Because of this, the SABC still attempts to have some level of control, that’s by no means reminiscent of that of the Apartheid government, but some of its decisions do provide a level of consumer annoyance.

Recently, the broadcaster has tried to enforce a TV licence to watch streaming services, attempted its own streaming service, tried to declare smartphones as TVs and suggested a ‘TV tax’ applicable to all South Africans – even those without TVs.