Understanding the flow of money in crypto. Part 4 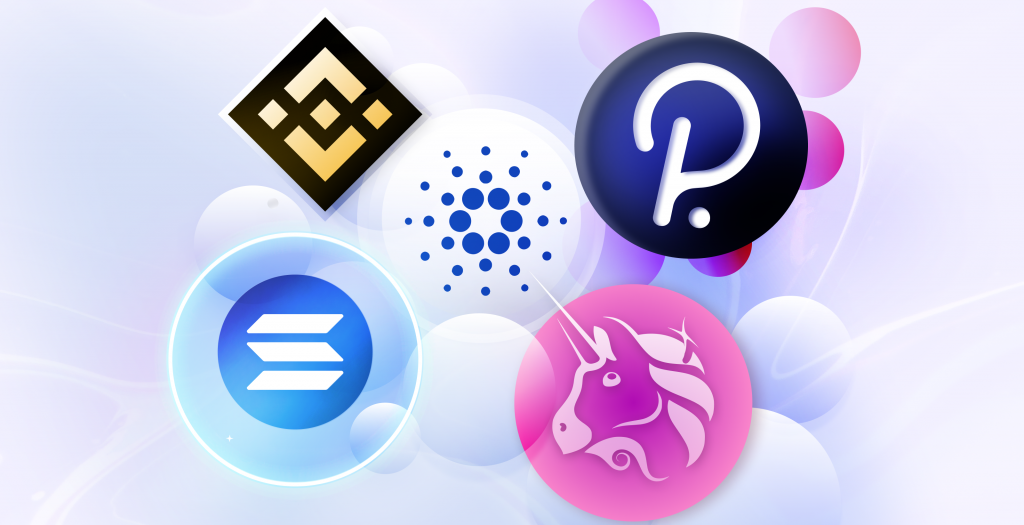 Welcome to part four of our series of articles designed to help you understand the flow of money through different types of cryptoassets. We examine historical trends which appear to drive a predictable sequence of investor behaviours following a Bitcoin price rally.

Part one of this series examined why Bitcoin tends to be the first to move, its power to usher first-time crypto investors into the fold and how that has been shown to trigger the flow of money we are discussing in this series. (BTC is up +31% since part one was published )

Part two looked at why Ethereum tends to be next to move. We explained that this is primarily due to its sheer size (Ethereum is the 2nd biggest crypto asset by market cap) and because it supports an entire ecosystem of applications and services. (ETH is up +63% since part 2 was published)

Finally, part three examined how, in 2021, we saw several large-cap altcoins keep pace with Ethereum rather than rallying after Ethereum’s price spike, as they have in the past. This can mainly be attributed to the fact that the large-cap altcoin space is now a larger and more diverse sector, which includes several real competitors vying for Etheruem’s throne as the king of smart contracts.

Getting to know the next big things

With several large-cap altcoins moving along with Ethereum for the first time in 2021, it’s more difficult than ever to predict where the money will flow. Investors interested in cryptoassets with long-term disruptive potential have more options than ever before, but with these options comes opportunity.

The chart below shows the returns of the five major altcoins, excluding Ethereum, since Bitcoin reached its all-time high. It’s clear that investors are becoming interested in different blockchain ecosystems and cryptoassets that solve different problems while all are serving the same goal; global blockchain integration.

Understanding the exact use cases of these alternative cryptoassets will give you a clearer understanding of the major players and the major sectors of interest defining the crypto space in the near-term future.

Cardano is a proof-of-stake blockchain with a cryptocurrency called ADA, named after famed mathematician Ada Lovelace. It was founded by Ethereum co-founder Charles Hoskinson and aims to directly compete with Ethereum.

Cardano has earned all its comparisons to Ethereum. It calls itself the first third-generation cryptocurrency, aiming to tackle scaling and infrastructural problems that were revealed in the first (Bitcoin) and Second (Ethereum) generation blockchains. Specifically, Cardano aims to solve problems related to scalability, interoperability (how blockchains communicate with one another), and sustainability issues facing cryptocurrency platforms.

Uniswap is like the New York Stock Exchange, but for crypto. Uniswap leverages multiple crypto assets, including its native UNI cryptocurrency, to provide a service similar to a traditional exchange. The difference is that Uniswap has no central operator or administrator, making it fully decentralised.

BNB is the native cryptocurrency of the Binance network. Binance Coin was originally created as a token on the Ethereum network, but Binance has since developed its own network, the Binance Smart Chain (BSC).

The BSC offers similar features to Ethereum in that it seeks to develop an ecosystem of decentralised finance (DeFi) products and services by facilitating these financial transactions using smart contracts. It is, however, able to do this at a fraction of the cost.

BNB was firstly created as a utility token for the Binance exchange.

A utility token is a cryptoasset that, rather than serving as a currency, gives users access to products and services on that specific platform.

BNB’s original use case was to offer Binance users discounted trading fees when paying in BNB. Since then, BNB has become a whole lot more useful, allowing holders access to Binance features, including trading, investing, earning interest, lending, borrowing and much more.

Much like Ethereumusers use ETH to pay fees when interacting with Ethereum protocols, BSC users will need to use BNB to interact with the network and the applications built on top of it.

Polkadot was designed with one purpose in mind, to unite an entire network of blockchains – from Bitcoin to Ethereum and every other blockchain in-between.

As things stand, developers have to choose which blockchain to build their applications on. Each chain is unique and has its own strengths and weaknesses, which developers have to weigh up when deciding where to develop. As a result, many blockchains make different trade-offs to support specific features and use cases. As blockchain specialisation increases, the need to transact between them will only increase.

This is where Polkadot steps in.

Polkadot enables these different blockchains to operate seamlessly together at scale. This gives developers the flexibility to opt into those parts of the Polkadot network that suit their project and exclude those that don’t. It also makes it possible for their projects to operate across multiple blockchains, rather than being locked into only the blockchain that the project is built on.

Solana is a blockchain network that seeks to develop an ecosystem of cryptocurrency-powered products and services.

Not only is Solana faster, but it is also a lot cheaper. How cheap?

While it costs users around $30 to transact on the Ethereum network, that same transaction would cost around $0.00025 to execute on the Solana network.

Developers can also write and launch customisable applications in multiple programming languages on the Solana blockchain.

Where to from here?

It’s clear that deciding where to invest in this phase of the crypto price cycle has become more complicated than it was just a year ago. We’re in the midst of a flat out race to see who will be the first to genuinely challenge Ethereum’s position as the second biggest cryptoasset by market cap, and investor opinions on the matter couldn’t be more polarised.

Deciding what to invest in is hard enough, you don’t need fees weighing you down too!

Don’t worry, Revix is making it easy to get in on the altcoin action.

Revix, a Cape Town-based crypto investment platform, is offering crypto investors a prime opportunity to add the top-performing large-cap altcoins to their portfolios.

Between the 5th of November and the 11th of November, you’ll pay zero fees when you buy Cardano, Uniswap, Polkadot, Solana or Binance Coin in purchases made with ZAR or GBP.

Back the altcoin you think is going to change the world, or expose your portfolio to all of them. Either way, you pay no buying fees.

Revix is backed by JSE listed Sabvest and offers access to all of the individual cryptocurrencies we’ve mentioned in this article, such as Bitcoin, Cardano, Ethereum, Polkadot, Solana and many more.

You can get started with as little as R500. Sign-up is quick and effortless, and you can withdraw your funds at any time.