Apple has revealed the next member of their AirPod family, the AirPods third generation. These new pods have received updates across the board, but not so much that they overtake the AirPod Pros.

Apple has redesigned the third generation of AirPods to “bring the music right to your ears”, as opposed to before when the music only came halfway. Despite some rumours, we won’t be seeing silicon tips, those are only for the pros. Apple has also included more touch sensors in the stems for more control. The internal drivers have also been redesigned, although the difference will need to be heard, if it even exists.

These AirPods are music to our ears 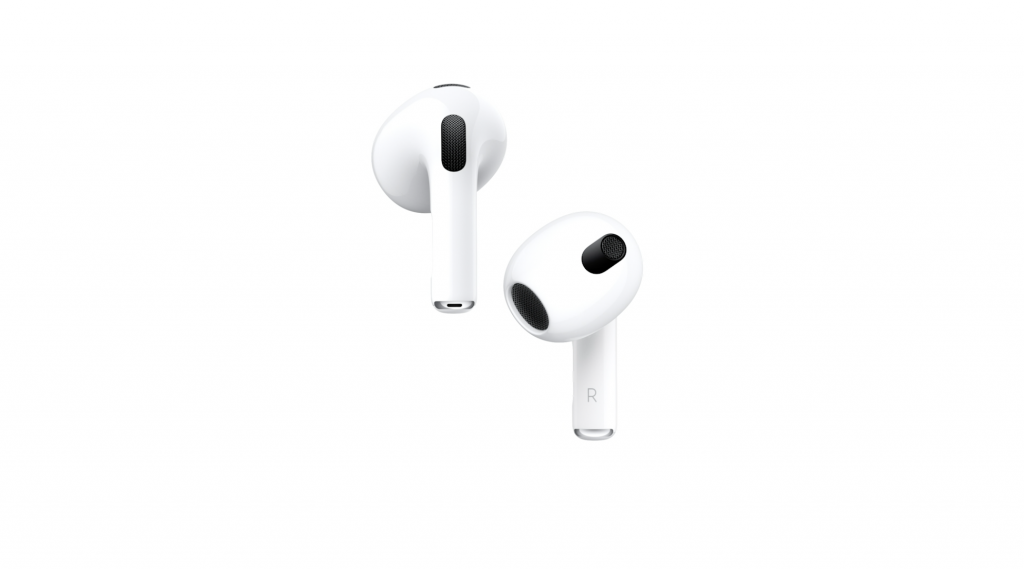 Apple is using this new member of the family to bring its spatial audio to a more wallet-friendly offering. Along with that, they’re borrowing the adaptive EQ from the AirPod Pros so you can, according to Apple, “hear the music as it was intended”. With music, like all art forms, being so subjective we think this is just fancy marketing speak to say you can apply an EQ to your music, thanks we guess.

If you’re already in the Apple ecosystem, then these AirPods will pair seamlessly with all your other Apple products and you’ll be able to switch between them. For the battery, Apple says you’ll get 6hrs of listening from a single charge, which is rather nice. But if that isn’t enough, the case will give you 4 more charges for a total of 30 hours of tunes. If you’re in a pinch 5 minutes of charge can give you an hour. You’ll get that charge either via wireless charging or Apple’s MagSafe feature.

The new AirPods are available for pre-order in the US today for $180, or just over R2,600 although local pricing will differ slightly. The second-generation AirPods are currently R2,500 so it’ll be interesting to see if they get a price drop to make way for these, or if the third generation pods will slot in between them and the pros. We’ll keep you posted as soon as local pricing and availability info is available.