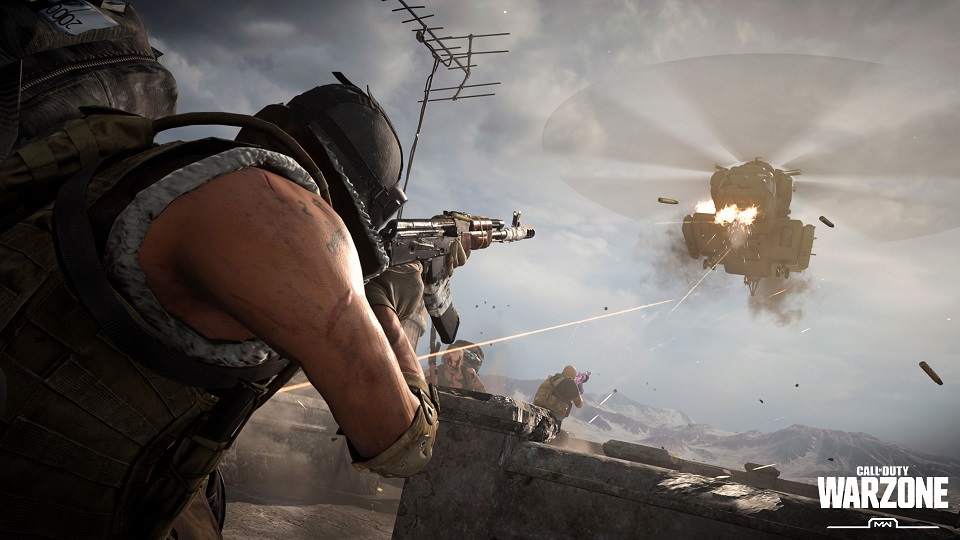 Picture the scene: The year is 2013. The place is Los Angeles. And the event is E3. The issue? An always-on connection.

Xbox has just had its arse handed to it by Sony. The reason being that at Microsoft’s E3 keynote it was announced that not only would the forthcoming Xbox One be rather expensive, it would also require an always-on (read: a constant and decent) internet connection in order to function.

That last piece of information was a massive point of consternation at the time – both in the media and among prospective buyers. On the E3 shop floor, then-Xbox head Don Mattrick garnered further scorn for both the brand he represented and himself, by suggesting that  people who battled with an ‘always-on’ internet connection – the example used was playing games in a submarine, which is in itself hilarious – should buy an Xbox 360 instead.


The idea that a console should have a constant internet connection was presented as an affront to the entire gaming community in 2013.

Always-on is a fact of life

Fast forward nearly a decade and the idea of a console that isn’t constantly connected to the net is something of a joke. When one thinks of the myriad functionality users expect from a console – or a desktop for that matter – that they wouldn’t be able to access without an internet connection, the pounding Microsoft received in 2013 seems not only unfair (and so what?) but inaccurate.

Think about it; a console is more than a gaming machine, it’s an entertainment hub. Netflix, Showmax, DStv, Amazon Prime, YouTube, Twitch – the list of apps console owners use outside of playing games goes on and on.

None of them are available unless you’re connected to the internet. Funnily enough, none of these apps have come in for the drubbing that Microsoft did back in 2013. And that’s before we mention Steam, the PC gaming client that has been demanding players be online in order to play anything they buy from its store since time memorial.

And yet there are still commentators who, the moment they hear of an ‘always-on-connection’ associated with games, lose their shit.

Recently Kotaku had a go at Turtle Rock – the developer behind the forthcoming spiritual successor of the superb Left 4 Dead, Back 4 Blood – because it announced its game would require an always-on connection.


The reason behind this missive essentially boils down to the fact that games that insist on a constant internet connections have let players down in the past – which is a very fair point to make. Outriders, People Can Fly’s recently released loot and shoot has been plagued with problems from the get-go thanks to the shonky nature of its servers at launch.

Outriders players have probably lost count of the number of times servers have dumped them back out into the main menu, costing them a hell of a lot of wasted time – all the levelling-up they’d been doing is lost to dust.

Perhaps as a crusty old gamer with very little expectations from the industry that a product lands with everything in its right place, my question is: what did you expect?

Cast an eye on the Triple A gaming industry over the last decade and it becomes clear that very few games that rely on servers land in a reliable shape. There are exceptions to this rule; the multiplayer big guns such as Battlefield, Call Of Duty, Halo and Gears Of War always come out of the gate with a solid backing. But a lot of new IP’s entering the market sometimes need a little more time in the oven – unless it’s a Respawn game; any multiplayer that comes off that developer’s assembly line is always slicker than butter on a hot skillet.

Ubisoft knows this well – or at least it should at this stage. The Division had more than its fair share of hiccups at launch, but now it boasts a rather robust following. Rainbow Six: Siege was kicked up and down the street for the issues it had at launch but it is now hailed (and rightly so) as one of the best team-based shooters ever made.

Even single player games aren’t exempt. Anyone who doesn’t believe this should check out Cyberpunk 2077 which is still being patched to within an inch of its life.


The game has changed in the Triple A industry. Deadlines seem to dictate release dates. Depending on when a game is scheduled to release, rubbing up against how many platforms it’s supposed to be released on, and taking into account how big a selling point it is for a gaming system can have some drawbacks. In some instances, if this set of circumstances mean a game has to make deadline, even if it’s in a broken state, then so be it.

This, by the way, isn’t to say that Back 4 Blood is going to be a disappointment. There’s no way of knowing that before launch, and looking at the trailers, everything seems to be present and correct.

This is to say that if the servers are unreliable and players find the experience of playing the game at launch frustrating, I’d ask them to look back on the last five years and ask themselves “what’s my learning curve?”

Once upon a time the deal console jockeys made with their preferred platform that deviated from PC was this: “you put the disc in, and it just works.”

That deal doesn’t exist anymore. It hasn’t for nearly fifteen years, since the Xbox 360 and the PS3 supplanted the generations before them. Anyone still expecting that deal is living in La-La-Land.

This is to say that consoles (and PCs) are devices that have, probably for an awfully long time, needed to be connected to the internet to maximise their functionality, and maybe, in the long-lens gaze of history, consumers should manage their expectations. An always-on connection for games isn’t cause for a furore. It wasn’t back in 2013 and it isn’t now. Microsoft was honest about the future of gaming platforms – maybe too honest for its own good at the time. But all gaming platforms are on the same page now.

Instead of expecting better standards from an entertainment industry that has been trying to promote its products in an environment of unquestioned hype, it may be time for those invested to take some responsibility as consumers. As adults.

Don’t lose your temper. Manage your expectations based on what’s happened in the past. Then vote with your wallet. Maybe don’t pre-order – just an idea.

Oh, and regardless how you decide: you’ll still need an internet connection.