Calling on the power of the PS5's upgraded hardware, Rift Apart does a great job at exhibiting beautifully crafted worlds, whether it’s desert landscapes, underwater hideouts or a demolished planet in zero-grav. Meet new characters that explore these worlds at lightning-fast loading speeds, destroy enemies with larger-than-life weaponry and traverse maps using new modes of transport.

Fall through interdimensional portals and explore vivid, dynamic worlds that defy space and time with the unconventional Lombax/robot duo in Insomniac’s PlayStation 5 title Ratchet and Clank: Rift Apart. Don’t know what a Lombax is? Don’t even worry, bud. Because Ratchet & Clank: Rift Apart is just as much accessible to new players as it is part of an ongoing series.

Fans of the original title, the remakes or any of the spinoffs will fall into a familiar space with the latest game. Of course, it’s been completely optimised for this generation of PlayStation, featuring some of the fastest load times we’ve seen in any game, as well as beautifully crafted elements that take advantage of ray-tracing technology. That’s not to mention Insomniac’s excellent DualSense controller integration, but we’ll get to that.

At the same time, a completely standalone storyline opens the series to new players, bringing easy gameplay modes (and harder ones for the veterans) and colourful new characters into play. We’re not spoiling much if we mention the new Lombax (the titular Ratchet’s species), Rivet, who becomes your secondary playable character throughout Rift Apart. 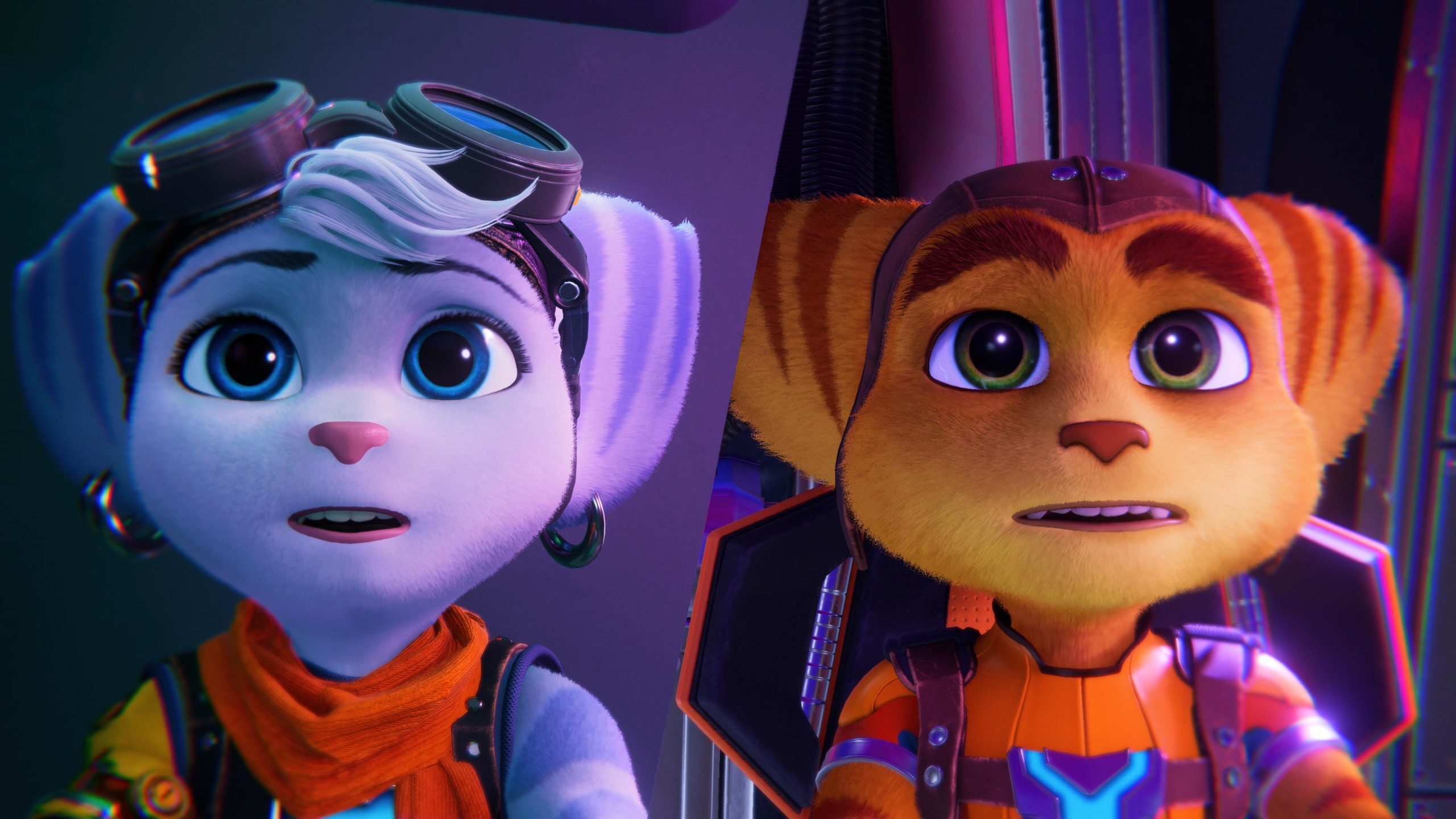 The tried and tested storyline of a last-of-their-kind character is bound to pull at your heart — which is why this story sets out to help Ratchet find more of his kind. To solve this issue, his trusty robotic friend Clank reveals his next great invention: a Dimensionator (we wonder if Dr Doofenshmirtz had any input in naming the device? Possibly.)

Of course, everything goes butts-up faster than you can figure out how to spell Dimensionator, and Ratchet and Clank are on the job again. After being stolen, the device malfunctions and starts opening rifts through reality, space and time throughout the universe. It’s bad. So the heroic pair take it upon themselves to find the thief Dr Nefarious and get their thingymajig back. Soon after, the duo is accidentally split up, and Clank suffers from a detached limb — this is where we meet Rivet — a female Lombax, who decides to help Clank, even though she doesn’t really trust him. They meet in Nefarious City — a place where Nefarious is Emperor and almost everything’s made of neon. If you want to see the game’s ray-tracing elements in action — this is it.

From then onward, you’ll switch between the two protagonists as they embark on different objectives. At some point their objectives align and they work toward the same goal… of saving the universe, naturally. But enough of that, we intend to keep this review as spoiler-free as possible.

Rift a new one Get ready for tear-inducing loading times! Whether they’re tears of joy, or tears in reality — this title shows off what this system is capable of. Remember the first PlayStation 5 preview in 2020? Rift Apart was one of the first games shown off as a PS5 exclusive title on its way.

While it wasn’t a launch title, as many expected, it’s a clean, brilliant game that stays true to its origin while introducing new mechanics made possible by the PS5. The so-called ‘rifts’ scattered throughout the universe allow players to quickly jump from one map into another, completely different map sans any loading times. Most of this capability was shown off in previews, but actually seeing it in action is mind-blowing. Insomniac utilises the power of the SSDs in this system to bring an exciting gaming experience to Rift Apart. In addition to the purple rifts (they’re kinda like portals) that lead to completely different worlds/maps, there are yellow rifts placed around engagement areas. These allow you to quickly zip from one spot in your direct area to another. At first, this feels very weird. You’re essentially teleporting mid-fight in many cases and adjusting your aim/position to shoot feels awkward at first. Once you’re used to it, however, it’s your greatest advantage.

Then there are these large purple crystals that, if interacted with (read: smashed with your melee attack) divert the whole world to a different reality. This means one planet can be two complete maps with custom enemies and objects to interact with — and you have the power to seamlessly alternate between them. From jumping to different realms while rail-sliding, to zipping through yellow rifts during a heated fight and dropping into another world through a purple rift while facing a boss — Rift Apart does its utmost to pack more maps, worlds and experiences into one game than you could reasonably expect.

Even if you’re not a fan of the series or of the platform, there’s one aspect that makes this game worth playing more than any others: The weapons. True to the series, Rift Apart goes hard into weird and wacky weaponry, bringing some old favourites along and expanding the arsenal. You get classics like the cutting-edge Buzz Blades, to new favourites like the Blackhole Storm and Negatron Collider. Under those fancy names, however, lies something more astonishing, and it’s got all to do with Sony’s DualSense controller.

Pull the adaptive triggers all or halfway for specific weapons and you’ll feel each alternating shot (primary and secondary). These weapons demonstrate the unique abilities of the DualSense and its adaptive triggers, allowing for different sensations depending on the weapon’s fire and the destruction that follows.

You’ll even feel the force behind every blast through the controller’s haptic feedback, and hear the clicks and ticks of your weapons via the controller’s built-in speakers. To top it all off, Zurkon Junior (voiced by the absolutely brilliant Richard Steven Horvitz from Invader Zim) does a stellar job of introducing each weapon as enthusiastically as he possibly can. As you progress, you’ll get access to more powerful, wacky weapons through the store managed by Mrs Zurkon. This is also where you’ll find each weapon’s upgrade tree, which gives you more control over upgrading your favourite blasters from the get-go.

In addition to fancy new pew-pews, both Ratchet and Rivet gain access to powerful new armour sets that you find through exploration of Pocket Dimensions — small worlds within worlds. These sets give you additional buffs and overall coolness. Then there are new modes of transportation to use in and out of combat. You get Rift Tether through yellow portals to transport yourself across battlefields, Phantom Dash that makes you basically invisible while dashing and phasing through things, and even Hoverboots that give you increased speed when dashing through larger worlds and maps. How is this game more Cyberpunk than Cyberpunk?

Calling on the power of the PS5’s upgraded hardware, Rift Apart does a great job at exhibiting beautifully crafted worlds, whether it’s desert landscapes, underwater hideouts or a demolished planet in zero-grav. Meet new characters that explore these worlds at lightning-fast loading speeds, destroy enemies with larger-than-life weaponry and traverse maps using new modes of transport.

Rift Apart showcases what the PS5 system is capable of in the most fun way possible, bringing back old friends from the days of the PS2 along with a whole lot of story.