10 great films you may be missing on Showmax Ever wanted to find out what happened to the kid in Stephen King’s The Shining? Doctor Sleep will provide you with answers… that you may not have wanted to know.


Ewan McGregor stars as Dan Torrance, who is trying to suppress his supernatural powers through alcohol. In short order, he starts receiving psychic communications from a young girl whose abilities outstrip his own. Also on their trail is a cult called the True Knot, who feed off abilities such as theirs’ – a lot of torture and death is involved. Shot through with a chilling atmosphere thick enough to choke on, Doctor Sleep is the best horror film in recent memory.

Arguably one of the most harrowing Oscar-winning films of all time, 12 Years A Slave is based on the 1841 memoir of Solomon Northup, who was kidnapped and sold into slavery.  Despite being a free-born man, Northup is kept as a slave by his ‘buyers’, each one turning out to be more sadistic than the next.


A reminder – if ever one was needed – that slavery remains a stain on humankind, Steve McQueen’s film is shot through with some great performances from a committed cast that includes Chiwetel Ejiofor in the lead role, Michael Fassbender as evil incarnate and the likes of Brad Pitt, Benedict Cumberbatch and Paul Dano. It’s not easy viewing, but it is essential.

One of the greatest remakes ever made, Scarface tells the story of a Cuban immigrant who pursues the American Dream with a vengeance. Starring Al Pacino in the title role, Scarface is the story of a street-level thug who becomes a kingpin, and then, through excess, falls heavily from his perch.


Written by Oliver Stone (yes, that Oliver Stone), Scarface is also an intriguing character study with Shakespearean undertones. As Tony Montana (Pacino) rises through the criminal ranks, the themes of betrayal, jealousy and ambition weave their way through a story that contains more than its fair share of violence. The ending sequence alone is worth the price of admission.


By turns inspirational, disturbing and guaranteed to anger, Cry Freedom isn’t so much a film for South Africans as it is a document. It’s a hard unblinking look at a past we’d all like to leave behind, but one that remains with us to this day.

If you’re into hard-boiled detective noirs set in the past, Motherless Brooklyn – recently added to Showmax –  should be on your radar. Starring Edward Norton – who also writes and directs – as a gumshoe named Lionel with Tourette’s Syndrome in New York circa 1950s, the film starts off with a meeting between Norton’s employer (Bruce Willis) and a group of shady characters that goes horribly wrong.


Determined to find out what happened, Lionel starts picking at the threads of a case, which put him in the crosshairs of some very dangerous people. The whole story links from street level all the way up to the city’s rich and powerful, and the film’s plot twists and turns keep the viewer guessing but never leaves them behind. One of the best detective stories hands down in the last several years.

One of the more outlandish stories that has emerged from World War II, Resistance details the life of Marcel Marceau, a professional mime who spirited hundreds of Jewish children out of the hands of the Nazis.


Starring Jesse Eisenberg (The Social Network) in the main role, Resistance intertwines Marceau’s story with that of Klaus Barbie – a Nazi zealot who is as brutal as he is merciless. The story is bittersweet, but the theme of hope pervades.

When a wealthy patriarch of a politically connected family dies, he leaves in his will something that his daughter didn’t bank on. After being shown a posthumous message the rest of her family isn’t privy to, she finds a bunker on the family estate containing a man who claims to have been locked up there for 30 years.


That’s all the set up you’ll need – to say anymore would run into spoiler territory. Suffice to say you’ll be glued to this thriller – a first on Showmax – because its plot will have viewers, much like its characters, second-guessing themselves until the credits roll.

Half-way between Nashville and Glasgow lies Wild Rose, the story of a woman who is half Dolly Parton and half absolute train wreck. Recently released from prison, aspiring country singer Rose  is desperate to pursue her musical dreams, while at the same time being saddled with a criminal record, the conditions of her parole and two children she needs to take care of.


It’s a coming of age film based around a character who should have grown up a long time ago; there are laughs, tears and moments that are nail-tearingly cringe-worthy. At its heart, though, Wild Rose tells the story of a rebel who realises that growing up doesn’t mean letting go of your dreams… it’s just that your dreams may change.

While it might look like some dude-fest, Big Time Adolescence is actually a rather touching coming of age film in which a young kid – Monroe –  impressed with the recklessness of his sister’s pothead and older ex-boyfriend – Zeke – starts hanging out with him.


Everyone growing up has known a character like Zeke – irresponsible, mercurial and charismatic – but as we all grow older we begin to know better. Those times we spent with them though – much like the times Mo spends with Zeke in Big Time Adolescence – we’ll remember forever. For better or worse.

One of the funniest and most re-watchable films ever made, Booksmart tells the story of Molly (Beanie Fealdstein) and Amy (Kaitlyn Dever), two close friends who have bossed high school. They have the grades. They have the university offers. All they have been missing is the fun of being in high school – and now, on the eve of graduation, they’ve woken up to the fact they should’ve enjoyed themselves more. It’s time they let themselves off the chain.


Problem is, they have no idea how to go about this. So they charge at the idea of fun with very little restraint – and the results are hilarious. Quirky, quippy and fantastically well made, Booksmart leaves most teen comedies in the dust. 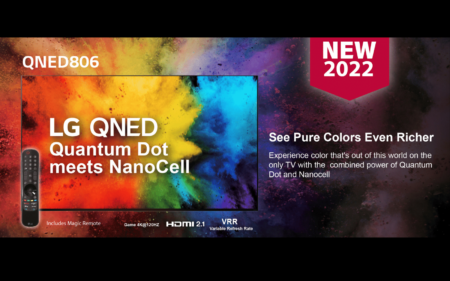