Light Start: Check out this UFO, Signal’s becoming a pro, exercise makes your brain grow and Matt Damon in the MCU… woah! 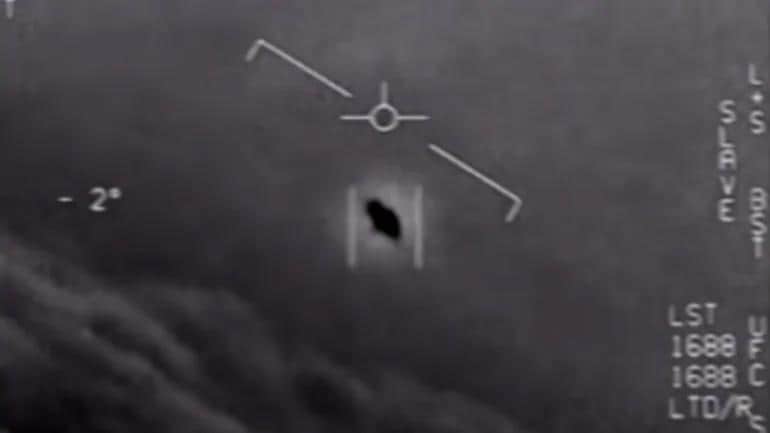 Given how everyone has been flocking away from WhatsApp after the less than fun update to its terms and conditions, it makes sense that competing apps may be put under strain. Signal has been flooded with new users desperately seeking refuge from WhatsApp’s intrusive ways but it seems the instant messaging app wasn’t all that prepared. Signal was down for a whole day this weekend, only coming back online on Saturday. The app’s servers couldn’t support the massive influx of new accounts and had to be put into an induced coma to fix it all as fast as possible.

“Signal is back! Like an underdog going through a training montage, we’ve learned a lot since yesterday — and we did it together,” Signal tweeted out. While the app might not be sitting on the 500 million active accounts Telegram hit last week, it has been endorsed by some big names in tech, namely Jack Dorsey and Elon Musk. Let’s hope Signal has ensured that it’s ready for any new user surges in the coming weeks.

It’s no secret that we at Stuff are diehard fans of the Marvel Cinematic Universe, particularly the Thor movies. Well, mainly Thor: Ragnarok, which really changed up the formula thanks to the talents of director Taika Waititi. The sequel, Thor: Love and Thunder looks to be continuing the trend of silly, over-the-top sets and action with a cast even for star-studded than before. While we’ve known Christian Bale was playing the villain for some time now, it’s awesome to see that Matt Damon will also be joining the gang of Asgardians as… someone.

It’s actually a funny cast if you’re familiar with the MCU at all. Damon already appeared in Thor: Ragnarok as a cameo. He plays Loki in a stage play set up by the god of mischief to (falsely) praise his heroics before Thor rocks up to ruin his day. Whether Damon will be reprising that unnamed role or taking on the mantle of a new character (or perhaps a character pulled from the comics) is unconfirmed but we’re excited nonetheless!

One of the more intriguing websites you could hope to stumble across in your expeditions across the internet is The Black Vault. While it does have a rather sinister name it’s really just an online archive of declassified government documents that’s been made easily available to the public at large. Most of it’s dull but then you get the massive collection of UFO documents uploaded over the weekend.

Posted by John Greenewald Jr., a full 2,780 pages of UFO sightings and data were posted to The Black Vault and they’re actually super spooky. Apparently, people flocked to check out the documents as Greenewald tweeted that over 622,000 people check out the post and downloaded around 26 terabytes of data over just 24 hours.

Science says that running does make you happier

Sure, the researchers at Asics say running makes folks feel happier but have you ever tried running? We have and we felt anything but happier both during and after the act. Yet Asics, in an attempt to sell a new sneaker to consumers, went and got a researcher to attach some statistics to the happiness levels of runners. Dr Brendan Stubbs of King’s College in London used an electroencephalogram (EEG) to monitor the brain activity in both folks that made running a hobby and those who were more casual about it.

The results showed that folks that ran consistently (for at least 150 minutes a week) tested to have an 18% increase in their ability relax, a 28% drop in rash decision making and a 29% improvement in beating away that looming stress that catches up to us all. Cognitive stress was down by 58% in all participants and memory was improved by 21%. Of course, this whole experiment was sponsored by a company looking to offload shoes on its customers but it’s not exactly telling us anything we didn’t already know. Yeah, exercise makes you more mentally (and physically) healthy, it’s just cool to see the numbers, you know?