There are two things that make any story more appealing if you’re a Stuff employee: Cool uses for technology and good dogs. It’s rare to get them wrapped up together so when such a story does make its way across our desks you best believe everyone rushes to be the one to write about it. Such was the case when we learned that very important dogs (VIDs) working for the US military were being trained with the help of augmented reality (AR) goggles. Honestly, the idea alone is worth paying attention but actually seeing one of the critters with some futuristic headgear makes it even better.

So what’s the use case for those goggles? Well, the US Army is using the goggles as a means to issue commands to their companions from a distance. See, dogs in the military are often used to sniff out explosive devices and mines so having soldiers walk around next to the creature sort of defeats the point, right? With these goggles, handlers can communicate with the sniffer dogs from a distance that’s far enough that they’re not in a directly hazardous zone.

Kinda sucks that the doggos still need to put their lives on the line but that’s a debate for another day.

Developed by Command Sight, Inc. the headset is able to throw up visual prompts and cues that can be programmed by the trainer, who’s able to see everything the dog does via a camera mounted on the goggles. This means dogs can be trained to respond to visual cues from the camera rather than needing to see actual hand signals, making the process of sniffing out a bomb much more efficient.

Command Sight, Inc. hasn’t begun mass production on the goggles just yet but has been greenlit for funding to eventually take its development to the next level. The company is looking at removing the wired element that currently exists for the prototype as well as tweaking the design of the goggles before going into serious production over the next two years. 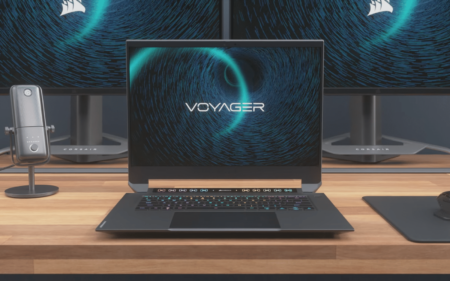