Lenovo has made the world’s first foldable PC and it looks super cool! 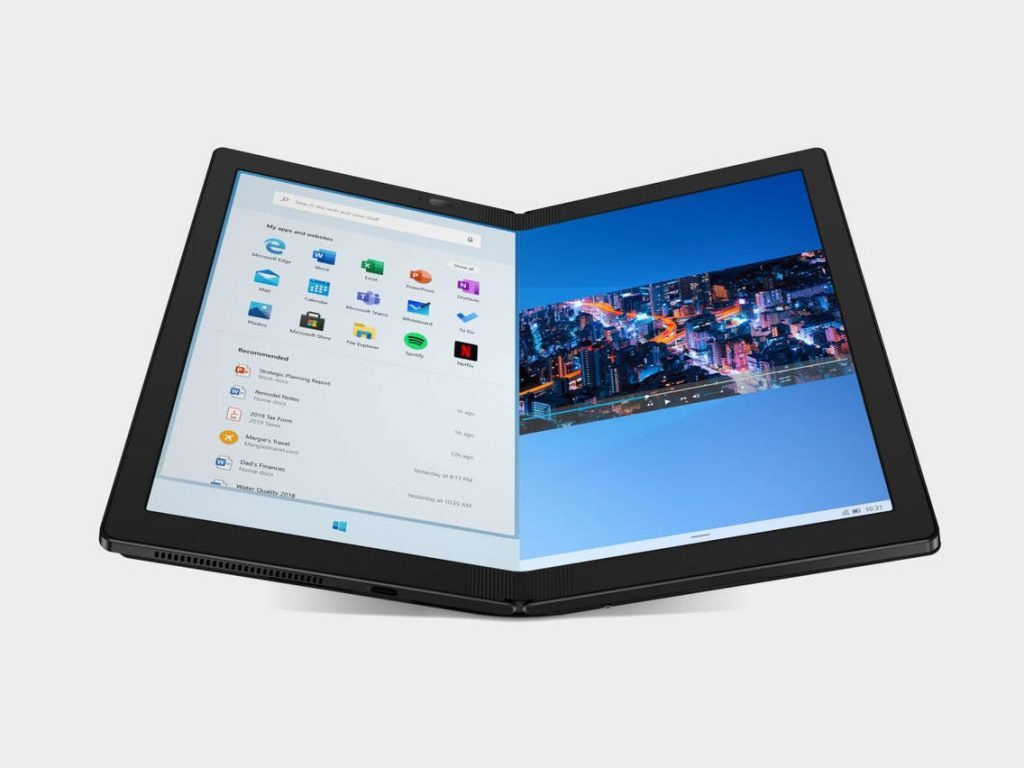 You know how just earlier today we were talking about how everyone’s kind of got a thing for rugged devices? Well, the same could be said for foldable devices because everyone is very keen on getting their brand on some kind of folding machine. Samsung’s been trying (semi-successfully) for a couple years now and Motorola’s Razr attempted to bring back the classic design. And that’s just in the realm of phones… has anyone stopped to think about the possibilities of a foldable computer? No, it’s not a laptop, smartass. It’s something else entirely.

Lenovo has been hard at work on a concept that takes design cues from the current crop of folding smartphones and the product is now up for pre-order for a whole load of cash. Although it’s not actually as much as you’ expect for an actual folding PC.

Called the ThinkPad X1 Fold, the 13-inch OLED laptop screen is… mostly just that. It’s a full-on laptop screen built on such a thin foundation that it can actually fold. When the X1 Fold is open it kinda just looks like a large tablet but you have the ability to fold it down and split it into two adjacent screens. You can also mount it horizontally with a detachable keyboard and… man, this really just sounds like a tablet more than a PC, right?

Maybe we’re just being cynical but the X1 Fold does come with the hardware to support the claim that it’s a PC. It sports a 11th-gen Intel processor, 8GB of RAM, 1TB of storage, a 50Wh battery and two USB-C slots. It’s probably still a bit much to call this PC but it’s a really chunky little ThinkPad… tablet thing. Lenovo also announced its ThinkPad X1 Nano, the lightest tablet it has yet made (so the company claims). The Nano certainly seems like the real deal, weighing in at just over 900g. The Nano also sports 11th-gen Intel silicon, 16GB of RAM, a terabyte of storage and a 48Wh battery. In terms of display there’s a 13-inch 2K 16:10 screen available in both a touch and non-touch version.

We don’t have local pricing for either of these products but they’re coming in at $2,500 (about R42,500) for the ThinkPad X1 Fold and $1,400 (R23,800, give or take an exchange-rate) for the Nano. Lenovo’s ThinkPad range has historically done well in South Africa so we have to assume they’ll arrive sooner rather than later.