Finally, South Africans can get their grubby hands on some Oppo tech. Today, the Chinese hardware company officially announced that it is launching into South Africa with a limited range of budget devices and wearables, with flagships coming in the second quarter of 2021. First up, however, is the mid-range A72 device, and we had some time to play with it.

The A72 features some decent mid-range specs, and we’re happy to report it touting dashing good looks, capable cameras, and a battery that is nearly impossible to kill in a day. When it comes down to what really matters: processing chops, we can’t report with just a few minutes’ use. But we’re anxiously awaiting our review unit to see how it stacks up to the competition.

South Africa has a robust mid-range and budget smartphone market, with options for just about any budget and every need. So competing here may be challenging for Oppo, especially when devices don’t feature game-changing specs for the price range. As with most Chinese budget devices, the Oppo A72 comes clad in a mirror-finish back panel, featuring two-tone metallic colours. At first look, they’re sleek and shiny, but use it for a few minutes, and it’s packed with lint, dust and, our personal pet peeve, fingerprints.

Nonetheless, Oppo tried to make this device look as premium as possible, and we’re here for it.

Up front, you’re greeted with a big 6.5in LCD display, featuring a punch-hole front camera in the upper left corner. There are some definite drawbacks when it comes to LCD tech, and obviously we prefer OLED, but Oppo manages to make this one look half-decent at 1080p resolution.

Add to that the USB-C port, fingerprint sensor under the side-mounted power button and a headphone jack (oh yeah, this still excites us like teens powering up our walkman’s). As we mentioned, we can’t talk toward the device’s actual performance on a daily basis just yet — but we can throw some numbers at you right here. It has a Snapdragon 665 and 4GB RAM. You get yourself 128GB storage, plus it’s expandable via microSD. Also: Dual-SIM slots. In addition to the MicroSD slot.

One of our biggest worries, having worked with Chinese-brand devices, is that OS skin. Some brands completely take away from the Android experience by slapping a whole lot of useless crap over it. We’re happy to report that Oppo’s ColorOS 7.1 is halfway decent.

The company prides itself in its partnership with Google (weird how that’s a selling point these days). With this in mind, the A72 will come Android 11-ready, which is a nice bonus. Another thing Oppo would not shut up about come the launch event, was the device’s camera flex. Obviously, this isn’t something you can test in an awkward interaction session that lasts a few minutes, but we’re excited to see what this cam can do.

Around back, you get the 48MP f/1.7 main sensor, an 8MP f/2.2 ultrawide sensor as well as 2MP depth and 2MP black and white sensors. At face value, the camera seems decent enough, not sporting anything strange like telescopic zoom or the ability to take clear pictures in the void of space. 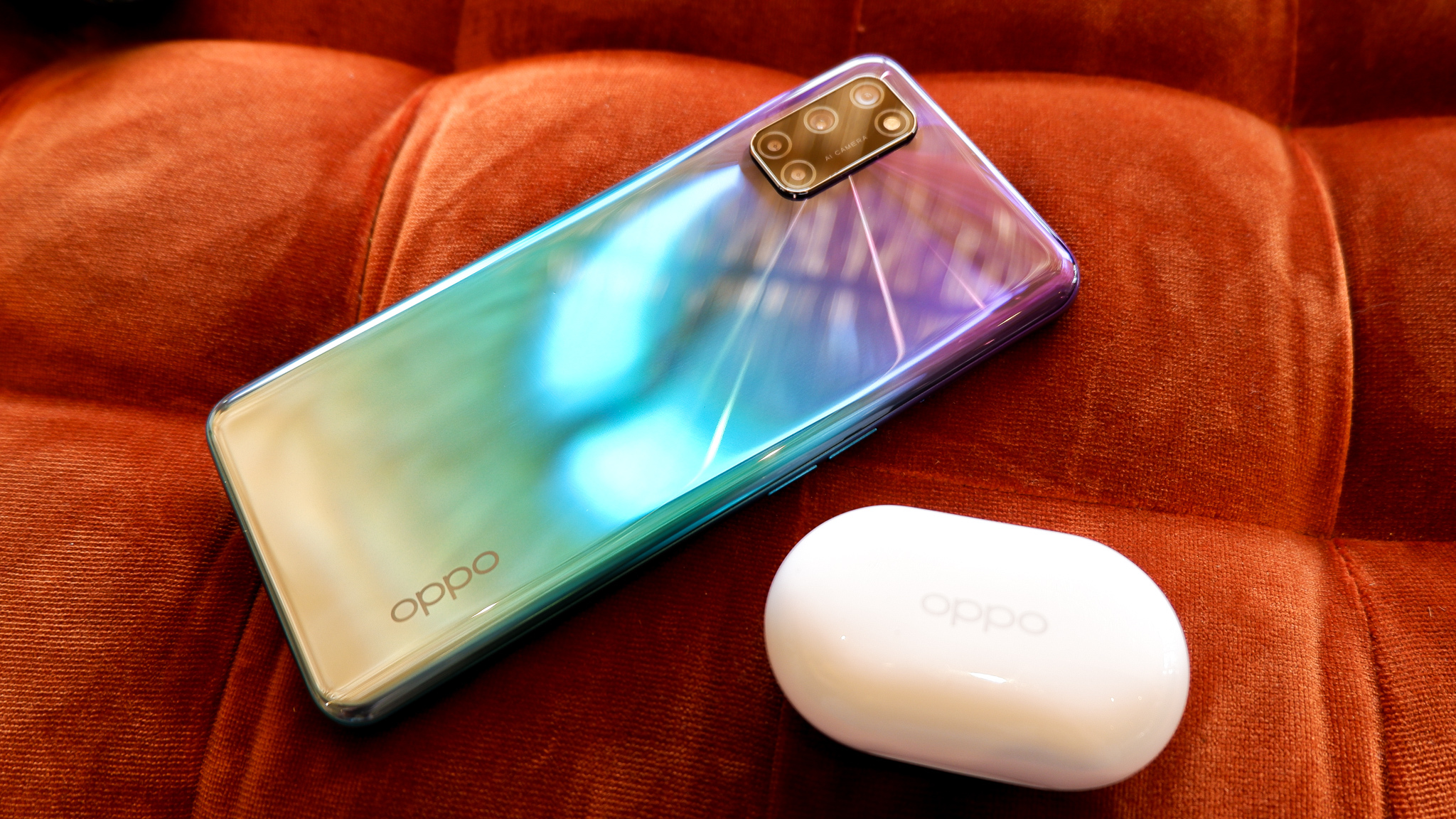 Oppo’s coming into SA with a bang, and its devices will be available across a variety of retailers as well as on contract through Vodacom. The A72 will be the first to come to consumers’ hands with a recommended retail price of R7,000.

It may look like ‘just another’ Chinese branded device. But look past the dual-tone mirror-finish, the very Samsung-esque camera module and the ColorOS, and we reckon this is a brilliant device. The camera seems great (for the price class), the build feels robust and the display is large and crisp. We can’t wait what Oppo can offer locals with upcoming devices, which includes more phones, earbuds and smartwatches.