Xiaomi is on the cusp of releasing their latest phone, the Redmi Note 9s series and thus, we come to you with the hottest news regarding the impending release. The Redmi Note 9s is a powerful piece of hardware, looking at both keeping up with the other popular devices in the country while providing a phone that won’t cost you a kidney with a side of fava beans. So what can you expect regarding the upcoming launch?

Well, first things first, the Redmi Note 9s will be available in South Africa twice…kinda. Xiaomi’s new device will be available on Takealot on the 5th of June and on Mobile in Africa on the 15th of June. Why the weird ten-day difference is beyond us, but at least you’ll be able to pick it up off two local sites.

Secondly, the other most important piece of information: price. There are two versions of the Redmi Note 9s, one with 4GB RAM and 64GB storage capacity and a 6GB RAM version that comes with 128GB of storage. Given that one has more space and is obviously more powerful than the other, you can expect it to cost a little more, but that’s pretty standard stuff. The 64GB version is being sold for R5,400 while the 128GB version is going for R6,000. How much is an extra 64GB of storage space worth? Apparently R600. 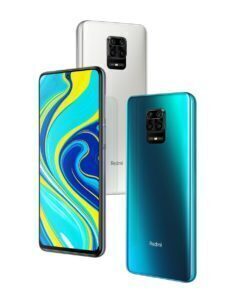 Thirdly, let’s talk about the specs of the Redmi Note 9s. Let’s go with a clean list of bullet points, just to make your life easier, eh? The Redmi Note 9s comes with:

That’s your update on the latest Xiaomi release coming to country. We’ll be getting a Redmi Note 9s into the office so we can put it through its paces and see what it’s really all about very soon.