Apple had “one more thing” for us, because of course they did. The iPhone X, which is the iPhone Ten if you’re taking about it (nobody’s going to be calling it the X, folks), is indeed a thing and it’s indeed a whole lot of screen. A whole lot of OLED screen. For a change, the rumours were mostly right. The rumours being mostly right also means that the iPhone X wasn’t that much of a surprise on a visual level. The edge-to-edge OLED display design would have had a lot more kick if we hadn’t seen so many well-made renders and leaks floating around in the past few weeks.

That said, it’s still a mighty attractive phone — even if it does make the iPhone X look a little like an Android. Yeah, we said it. Put this in the midst of Samsung’s latest flagships, power off all the screens, turn your back and get someone to shuffle them. You’d have a hard time picking it out right away if it wasn’t for the Silver and Space Grey colour options — the only two we’re getting for the X.

Still, what a screen. The iPhone X has a 5.8in “Super Retina” display, which translates to a resolution of 2,436 x 1,125 pixels — the largest seen on an iPhone, and the first to be able to boast OLED chops. Of course, because it’s an Apple OLED it’s better than everyone else’s… apparently (even though someone other than Apple no doubt actually makes the thing). Oh yes, and the Home Button’s gone. Instead of a fingerprint sensor, Apple is using its new TrueDepth camera system to offer users what it dubs “Face ID”. It’s a facial recognition system that is supposedly super secure (though a teeny bit less secure if someone with a strong family resemblance tries to break into your phone). And Apple says it’ll work in the dark.

It does this by using a Dot Projector, which maps the user’s face with over 30,000 dots — creating a kind of memory of the user. Those dots are then picked up by an IR camera (which is a little way away from the X’s 7MP front-facer), meaning that you get an accurate face map which allows for phone unlocking, even when the lights are out. Apple says the included “neural engine” that comes with the iPhone X’s fancy new chip is capable of 600 billion operations per second, and that it’s used to make the secure facial recognition possible.

We’d really prefer to try Face ID ourselves before committing, and we’d like a fingerprint sensor (or good old “Touch ID” as they called it) as a fallback, but Apple is confident enough to link Face ID to Apple Pay as an authorisation mechanism so… we might be mostly convinced already.

Also included in that sliver of black at the top of the gorgeous screen? An ambient light sensor, proximity sensor, flood illuminator, speaker, mic, and the IR and standard cameras. Not a bad use of not-much space. 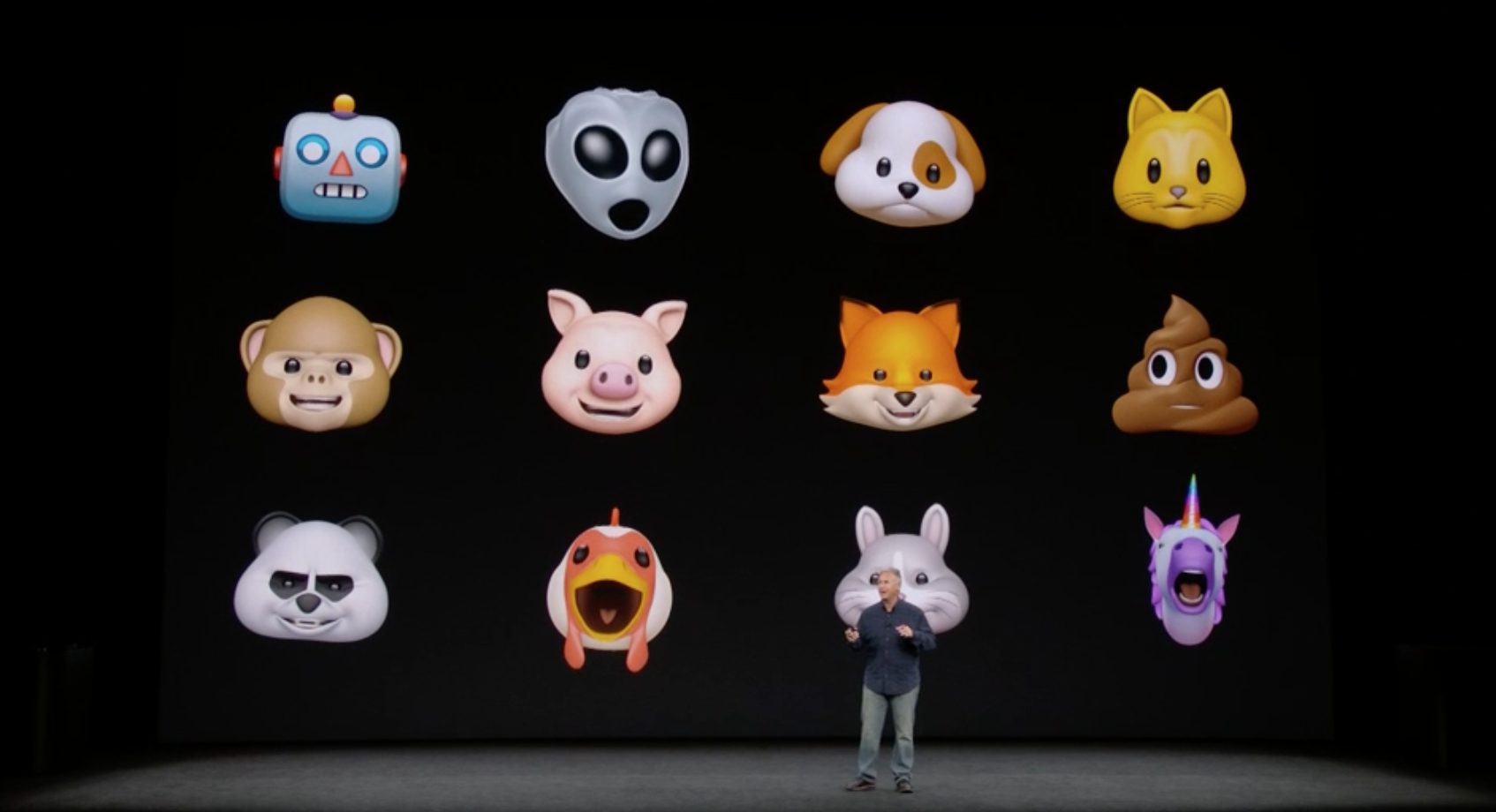 The iPhone X will be using the same A11 Bionic processor found in the iPhone 8 and 8 Plus, so expect a whole lot of power at your disposal — especially since Apple’s OS plays so well with its hardware. Plus that A11 makes seriously impressive augmented reality (AR) applications possible, and bring with it a couple of other interesting features.

The Bionic chip hosts the neural engine mentioned above, and it’s also responsible for features like… emoji? Yeah, totally, and we’re actually excited about this one. The same face tracking that secures your phone will track your facial expressions in real-time so you can… umm, animate emoji and send them to other people? Seems legit. They’re called animoji, by the by, for obvious reasons. Actually, it seems pretty freaking sweet and uses a lot more processing power than you’d think. Seeing Tim Cook as an alien head was something we didn’t think we’d ever need to see, but now that we have we’re glad we did. The iPhone X has a prominent camera bump, all the better to house dual 12MP, dual OIS camera sensors. There’s an f/1.8 and f/2.4 sensor, a slight upgrade over the iPhone 8 Plus camera arrangement, but still less light-guzzling than Samsung’s pair of cameras on the Note 8. We didn’t get a closer rundown of the camera’s capability, presumably for time reasons, but it’s implied that the X will feature this year’s best Apple camera. Unless Apple surprises us all and, you know, launches an actual camera.

The Power of Air Wireless charging? Yeah, that’s here too and the iPhone X also launched AirPower, Apple’s wireless charging platform. Based on the Qi standard, AirPower will see users using a single charge mat to juice up their iPhone X, Apple Watch Series 3, or even the AirPods, if you shell out for a special AirPod case that will be launching at some point.

Oh, and speaking of power: Apple says they’ve managed to squeeze out another two hours of their usual battery life for the iPhone X. No small feat, considering what they’ve upgraded here, hardware-wise. Of course, actual life will depend what you do with it. Play Candy Crush all day and leave that gorgeous new display awake for hours at a time and you’re going to need some power, of the Air flavour or good-old plugin. Like the iPhone 8 pair, the iPhone X will be available in either 64GB or 256GB configurations. It will be more expensive than anything previously seen, though, starting at $999 (which we expect will translate to close to R20,000 on our shores). Will this be worth the wallet-busting price? We’ll let you know the moment we get a chance to play with Apple’s most advanced handset to date. That could be a while, though — it goes up for pre-order on 27 October this year, with availability from 3 November.