Light Start – A fistful of some of 2016’s wearables Misfit has a little Ray of sunshine headed your way Misfit makes some legitimately attractive fitness tech, with the Shine lineup being the er… shining moment for the company. But there’s a newly-announced fitness tracker from the Misfit misfits called the Ray which should be able to brighten up your day. In keeping with the company’s style, the Ray is basic, a metallic tube with a single multicoloured LED which is used for notifications. Functionally it’s more or less the same as the Misfit Shine, capable of tracking the same metrics and able to withstand water but you can remove the tube from the wristband and use it on a necklace or… something else. We wonder what new owners Fossil and Misfit are up to now.

Withings wants you to make a Go of fitness Another fitness wearable company that cares a lot about the look of the thing as well as the function is Withings, who have been creating cleverly-disguised sporty wristwear for a while now. Their latest effort, the Withings Go, has been revealed at CES 2016 and the Go is a lot more basic than the company usually goes for. But they’ve added an E-ink display to a basic fitness and sleep tracker, making it look a lot like the competition (Jawbone’s going to be pissed) in the process. The point, we think, is to release a low-cost tracker onto the market and at $69 they’re on to a winner. Except in SA where the Withings Go will set you back more than R1,100 – based on the exchange rate. It’s still cheap but it’d be cheaper if the Rand hadn’t been repeatedly whacked in the goolies like a distracted batsman facing Shane Warne. 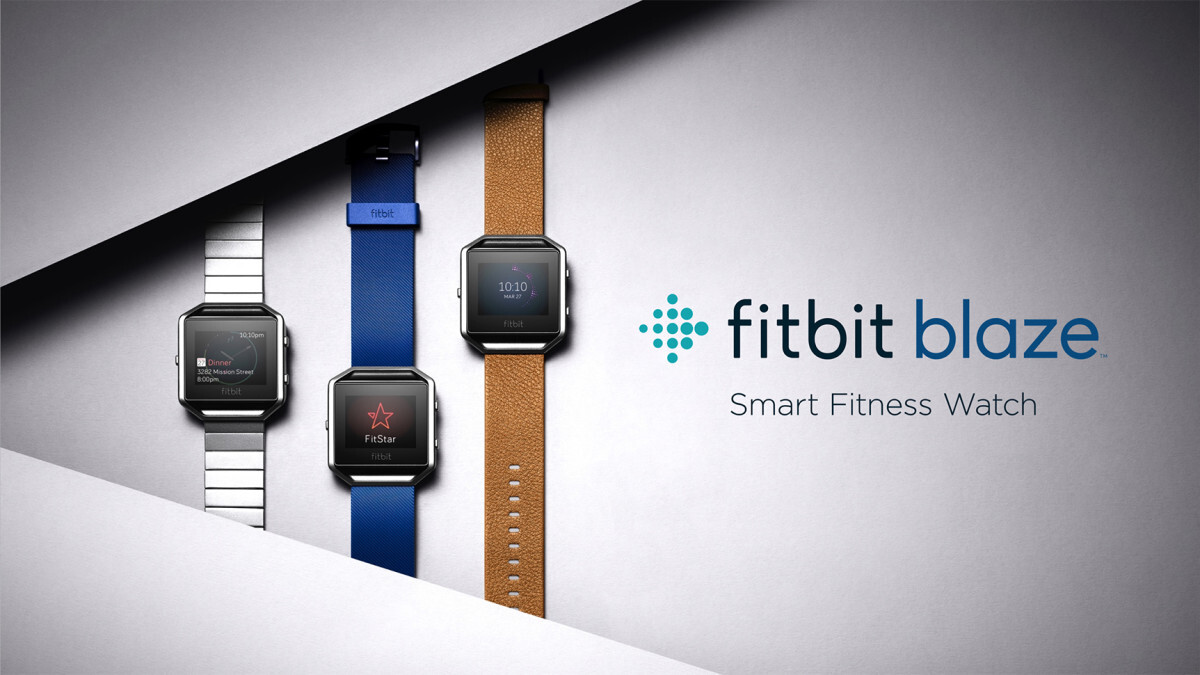 This fitness wearable from Fitbit had better launch on 20 April. Actually, we don’t think that the company’s marketing department has that sense of humour. Or that demographic in mind, since it’ll launch around March 2016. But the Fitbit Blaze looks like a smoking piece of tech either way, a modular smartwatch/fitness tracker which can have the wristbands and bodies swapped around. And it looks like a certain smartwatch, just a little… There’s more fitness than smartwatch here though, a heart-rate sensor, a larger display than we’re used to from Fitbit and a collection of intelligent fitness software are the highlights here. The Blaze won’t feature a GPS, sadly, but should make for that by letting you stay away from the wall charger a little longer than usual – five days sounds good. Soon you’ll be able to tackle your workout and just Blaze it.

There’s a whole lot more wearable info exploding out of CES so here are the quick highlights. Samsung have gotten hold of cartoon strip favourite Snoopy for their Gear S2 watch faces. Someone’s not happy that Apple got Mickey Mouse… Huawei have dropped two pretty new smartwatches, called the Jewel and the Elegant, which will be as pricey as they look. Sporting goods company New Balance are going to be creating their own Android Wear smartwatch, with running in mind for the device. Oh, and Oakley have shown off a pair of sunglasses with headphones and an included running and workout coach giving you tips in your ear-holes. The system can be interacted with using voice commands. We suspect that this is just the start for 2016, expect a lot more wearable tech in the coming months. We certainly are. Our work is constantly changing, adapting to the various demands of our ever changing world,…