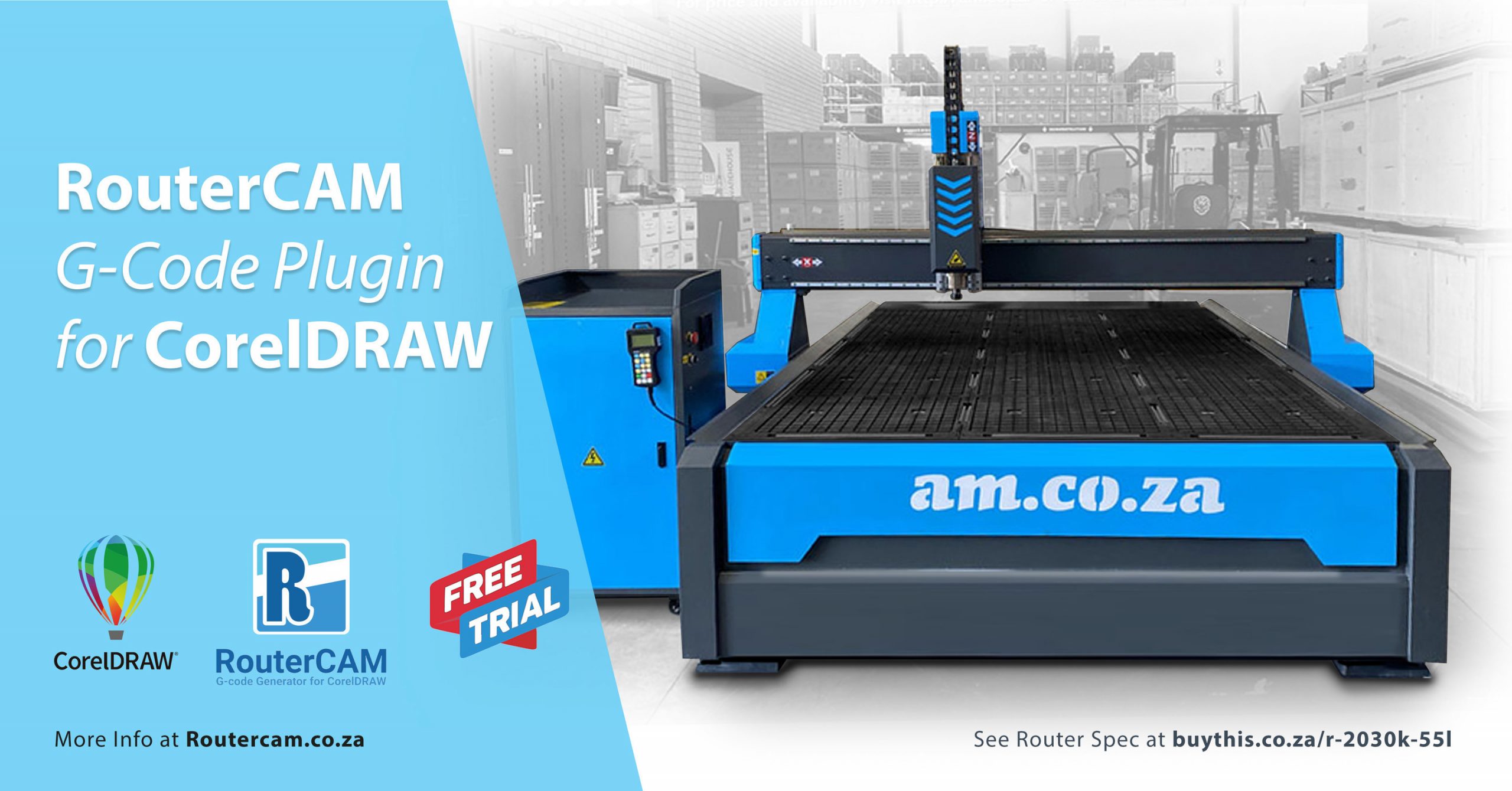 Even if you don’t know what a computer numerical control (CNC) router is, chances are you’re familiar with how they work. The tech is related to the lathe, milling machine, and even the 3D printer in a funny sort of way. The major difference, in the latter case, is that 3D printing is an additive process. CNC routers create objects using a computer-assisted subtractive process that trims material across three axes, typically on a flat plane.

A CNC router, depending on which materials it is set up for, can replace a whole host of other machines. Able to work on anything from foam to wood to metals and even stone, decent CNC routers are extremely versatile tools. If you’ve ever seen an intricately carved door (or computer case), odds are an artisan has been at work with a CNC machine.

Local company AM.CO.ZA, operated by Advanced Machinery (Pty) Ltd, are suppliers of EasyRoute CNC routers in South Africa. The brand has been around for a decade, setting the standard for everything from DIY to industrial applications. The popularity of these machines means that pre-orders are essential. Thankfully, there are 3 40ft containers of EasyRoute CNC Routers, about 60 units, landing in South Africa shortly.

Quality isn’t cheap, however. Hobbyist machines can be had for a few thousand, but when venturing into the industrial world, where water-cooling is essential, expect to pay at least R138,0001. That’s for the R-1325C/30L 1300x2500mm Clamping 220V machine, which ships with a 3kW water-cooled spindle. Scale up to the R-2030K/55L 2000x3050mm Vacuum 380V CNC router, with its 5.5kW water-cooled spindle, and you can expect to pay R172,5002. EasyRoute has another ten machines between those two price points, covering both clamping and vacuum options, becoming available soon.

High-end hardware isn’t enough, though. In order to get the very best from your CNC hardware, the right software is required. CNC routers use G-code, a computer-aided manufacturing (CAM) coding language. Well, translating that language just got even easier.

South African industrialists and other artisans will know just how popular (and useful) CorelDraw is for industrial applications. Advanced Machinery has introduced a new RouterCAM CorelDraw plugin, able to translate projects directly into G-code for more effective creations.


This means more effective design thanks to a single interface that cuts down on import/export times. All roads lead to G-code thanks to the plugin, which saves on needing to reprogram toolpaths when reloading a DXF. These can also be imported by CorelDraw and processed with the plugin.

Editing or changing projects in vector applications is even easier thanks to RouterCAM, offering substantial advantages over trying to make alterations in CAM software. Time is also saved when performing more basic 2D tasks. Whether you’re milling, engraving, or performing plasma or laser cutting, RouterCAM speeds up your process.

It does this in a few ways. The plugin has rotary axis support, be it A, B, C coordinate or mapping functions, and also offers 3D visualisation of the G-code project before you start up any operations. Laser, plasma, and waterjet machining are also greatly enhanced, thanks to the 2D nature of this work.

Finally, AM.CO.ZA’s RouterCAM plugin also supports cycles for contour, pocket, and drilling operations in the same job, a function other plugins lack. Rather than contend with a range of perhaps difficult to set up competitors, it makes more sense to opt for RouterCAM.

If you’re interested in trying out the new plugin, there is a set of RouterCAM step-by-step training videos that show you how to use each function and interface with samples of machining.

But you don’t have to just take AM.CO.ZA’s word for it. The RouterCAM plugin offers users a 30-day free trial, so CNC machine operators can see exactly what it is they’re missing. Once you’ve been convinced of RouterCAM’s efficacy, it’s a snap to pick up the full product. It’s a one-off payment of R9,890 from Buythis Online Store for even easier CorelDraw operations, which will speed up both the design and production aspects of your projects. Try it out today.

1,2 – Both prices are excluding VAT, and were correct at the time of publication.