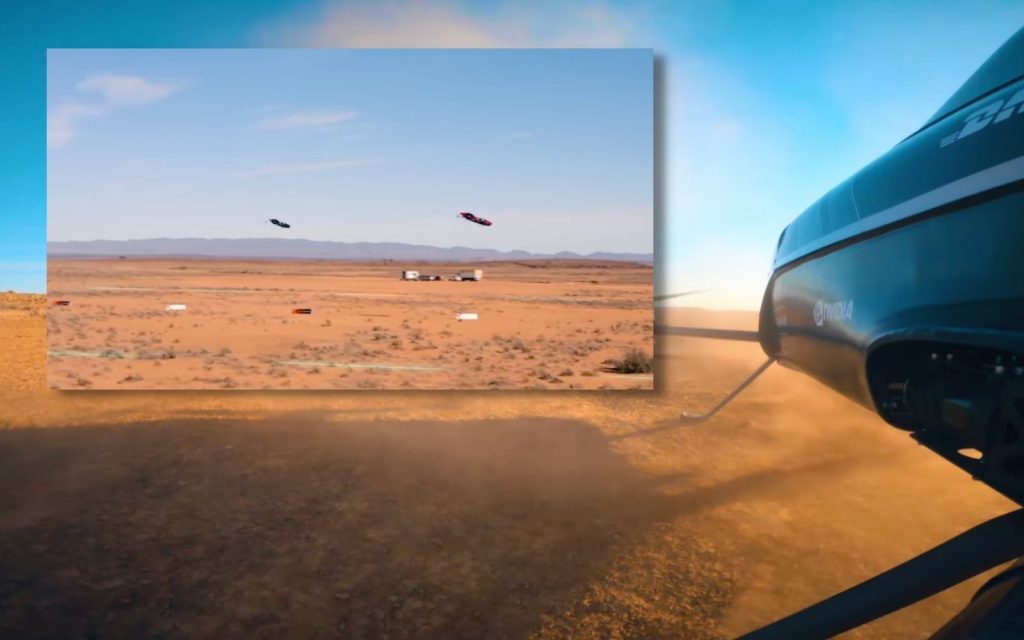 In June this year, we heard about the Airspeeder M3 eVTOL, a craft made by Australian company Aluada Racing. At the time, it had completed a test-flight. Now, it’s experienced a taste of competition, in the form of an actual drag race.

Which, if you’re going to race flying vehicles, is probably the way to start. You certainly don’t want to begin the experiment by sticking ten of them on a starting grid and seeing what happens on the first corner.

These eVTOLs are dragging it out


As part of getting ready for the EXA race series, which should start sometime this year, two Airspeeder M3 craft lined up over a 300-metre ‘track’ and sent head-to-head down a straight light. The two craft hit up to 154km/h over the aerial battle, with the red one going just a little bit faster. Because that’s how races work.

While there’s space for pilots inside these electrically-powered vertical takeoff and landing craft, they’re currently powered remotely — which makes them very large, expensive drones at this point. The plan is to test the race series concept for safety using unmanned aircraft first, before actually sticking human pilots inside and risking lives for human entertainment.

It’s not all for entertainment, though. There’s a development side to this whole thing as well. The company says that its “…innovations will hasten the arrival of new advanced air mobility (AAM) technologies. Close but safe air racing is assured through [the] latest LiDAR and radar technologies that create virtual forcefields around the sport’s cutting edge quadcopter format flying cars. Rapid hair-pin turning manoeuvrability is delivered using a multicopter layout.”