Will sanity return to the global tech ecosystem? Of the many companies who will breathe out in relief that Donald Trump is no longer US president, surely the deepest sigh will come from Huawei and TikTok.

Without Trump and his chaotic and spontaneous approach to geopolitics and his haphazard use of executive orders, what does it mean for the Chinese companies that he has been relentlessly attacking?

These Chinese firms have been battling perceptions and innuendo from the Trump administration for years, as securocrats have convinced the former president and much of the western world that Huawei poses a threat to telecommunications, despite never providing any evidence. Huawei is the world’s biggest provider of telecoms equipment, giving some two-thirds of the world’s population access to the internet in some way. Huawei is also the major supplier in South Africa, providing an estimated 80% of the population with some form of Internet access. It is also the supplier of the superfast 5G networks that have been trialed by Rain, Vodacom, and MTN.

Technologically, Huawei is a phenomenal company that spends an enormous amount on RnD, which is why they are so ahead of everybody else when it comes to this new telecommunications standard. But threats and suspicions have put them on the wrong side of the Great Sino-Trumpian Trade War of 2018.

Similarly, TikTok found itself as the focus of the petulant man-child’s anger when youngsters on the social media network spoofed the Trump campaign into thinking over 1-million tickets have been sold for his first rally since Covid shutdown the American economy. When less than half of the stadium’s capacity was filled with real supporters, Trump was humiliated. Many believe this is the reason he demanded the fast-growing network be banned or sold to an American company. Que months of bizarre negotiations including calls with the CEO of Microsoft and joint ventures involving Oracle and Walmart, of all companies, to buy TikTok or its American arm (with 100m users) or something. It was never clear.

So what does Trump’s departure mean for these massive businesses with huge interests in the USA? Huawei and many observers have consistently pointed out Trump has never produced any evidence for his claims that the Chinese telecoms giant having a so-called back door into networks.

This is just one of the many complicated and destructive lingering consequences of the Trump years; and his utterly odd approach to geopolitics. New President Joe Biden has a lot of unnecessary messes to clean up.

The tech industry will be hoping the strange bans on working with Chinese companies will be rescinded and the conduits of globalisation will be restored. If nothing, Huawei smartphone owners, especially, will be hoping that it will be able to use the Google Play Store for apps again. The app makers themselves will be pleased to be able to count the hundreds of millions of Huawei phone users back into their numbers. 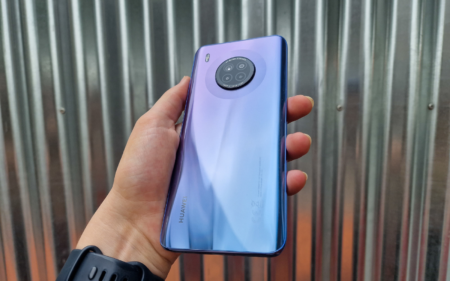