In 2018, Huawei introduced the Huawei MateBook X Pro, the first-ever FullView notebook. Combining extreme portability, a premium FullView display, cutting-edge performance and smart connectivity, the first Huawei MateBook X Pro heralded the era of minimal-bezel notebooks and was a milestone marking the beginning of Huawei’s rise to prominence in the PC business.

The notebook is made for jet-setting business users and professional content creators, power users that pursue, or demand, high quality of life. On the outside, the new Huawei MateBook X Pro features a CNC machined metallic unibody with a premium sandblasted finish that gives the exterior a smooth hand-feel. It is available in Mystic Silver, Space Gray and a new Emerald Green colourway, which comes in an understated verdant green finish that elegantly envelops the chassis. The lid of the Emerald Green model is accented with a golden Huawei branding, giving it an instantly classic look. Huawei’s latest flagship notebook is superbly portable; it is only 14.6mm thick and weighs 1.33kg, making it the perfect device for any professional who values mobility and productivity.

The Ultra FullView display is a 13.9in LTPS panel supporting up to a 3K resolution (3000×2000) and 100 percent of the sRGB colour gamut. The rich colours and 3K resolution help bring content to life, providing a more immersive entertainment experience than ever before. Additionally, it supports 10-point multi-touch and Fingers Gesture Screenshot to give users a new and more intuitive way to interface with their devices.

Inside the lightweight and portable new Huawei MateBook X Pro you get uncompromised performance with the 10th Generation Intel® Core™ i7-10510U and i5-10210U. Equipped with NVIDIA® GeForce® MX250 running on 2GB GDDR5, it delivers a smooth experience in every scenario from graphic and video editing, to gaming and multimedia content consumption. 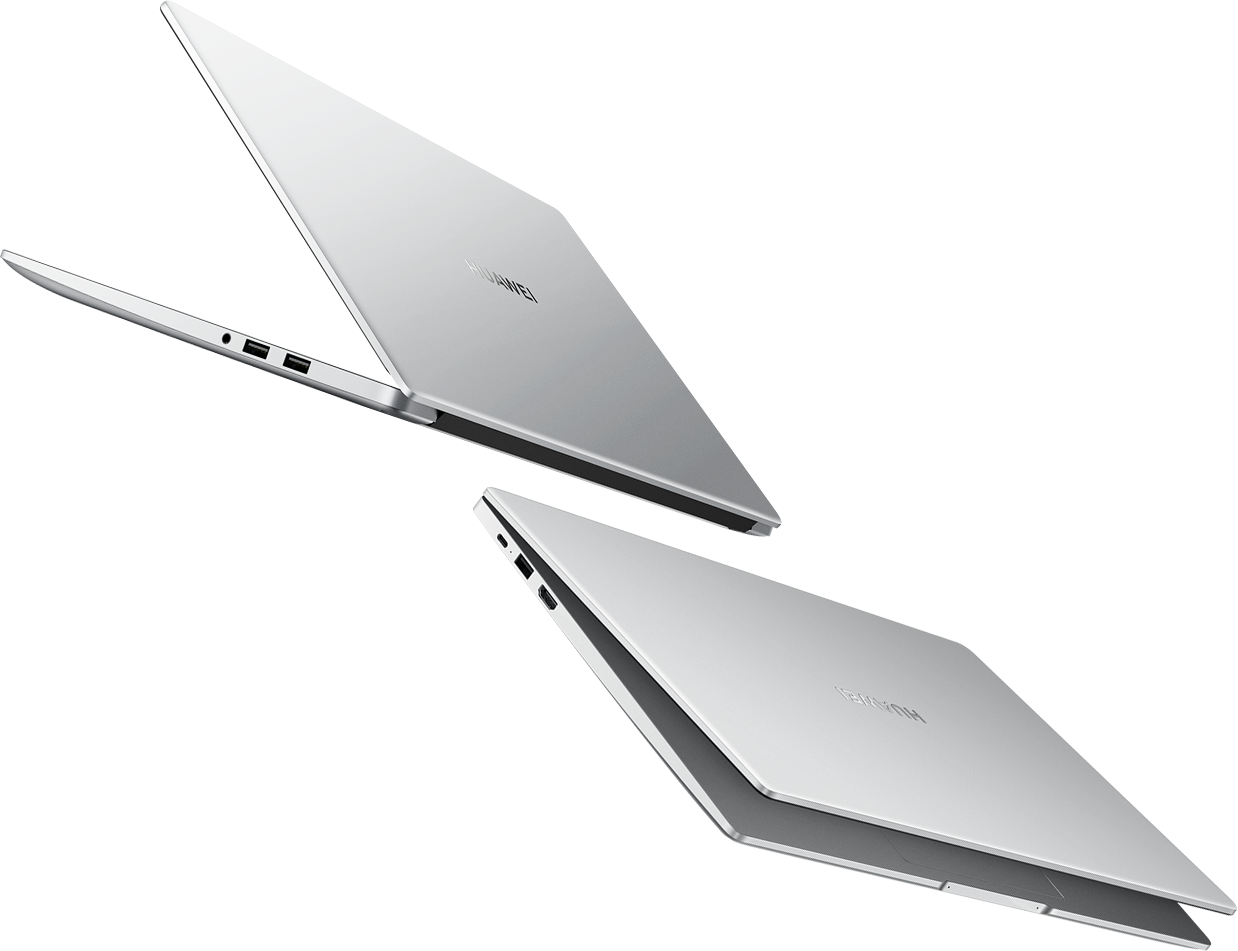 One of the first places many laptop designs and developers cut when producing budget hardware is the processor and graphics card. See, there are plenty of them on the market that run just fine even if they’re not considered “high end”. Huawei didn’t quite see the point in cutting the power of the processor, even if the MateBook D 14 is positioned as an affordable piece of tech. In fact, the MateBook D 14 is fitted with the excellent AMD Ryzen 5 3500U and Radeon Vega 8 GPU.

The MateBook D15 performs equally well you have to realise that the power this notebook outputs is remarkable for how portable the device is. Within a chassis of only 357.4 x 229.5 x 16.95mm, Huawei has somehow managed to stuff an AMD R5AMD Ryzen 5 3500U alongside a Radeon Vega 8 Graphics GPU. To put those in simple terms, the MateBook D 15 is an absolute powerhouse designed to process multiple intense tasks at once while retaining the tight, compact design of a portable computer.

Huawei’s latest, greatest professional notebook is available for pre-order from local e-commerce retailers from this week, while it’ll officially land in-stores on 1 December 2020. At this point, only the Mistry Grey colour variant will be available to South African buyers, and it’ll retail for R34,999.