Bluepoint Games has managed to take what was previously the most inaccessible and difficult to understand Souls game transform it into the most welcoming. It's not only a joy to play but absolute a visual spectacle that needs to be properly seen in all that 4K glory to truly be understood. While certainly not for everyone (bar how much more approachable it is, it can still be frustrating you first few attempts) Demon's Souls stands out as a fantastic launch time and even better game overall.

When it was confirmed that the remake of Demon’s Souls was to be a launch title for the PlayStation 5, I’d admit that I was confused. You’d think that Sony would want to be put their best foot forward with their new console and launch with games that are… accessible. That’s why Spider-Man: Miles Morales was a great launch game (beyond just being an excellent game) yet Demon’s Souls is known as being the progenitor of one of the most impenetrable franchises in all of gaming. For those of you not in loop, Demon’s Souls acting as From Software’s blueprint of the Dark Souls series, arguably one of the most brutally punishing and important series in the industry to this day.

Don’t get me wrong, a chance to play a fully remade Demon’s Souls was more than enough to get me excited. I adore the Souls games and unfortunately missed the original game back on the PS3 so the opportunity to actually play a version that looked like it had graphics was rather titillating. Yet I can also imagine those that might be apprehensive about making this their launch game. Fret not, fore I’m here to tell you that you needn’t worry about such trivialities because Demon’s Souls on PS5 is a monumental game, even if you have no affinity for Souls games. You got Demon’s Souls

The weird thing about the remake of Demon’s Souls is that you probably already know a great deal about it. It’s difficult to speak to the quality of the remake without rehashing a lot of ground covered by years of think-pieces and opinion articles on how good the original game was. In theory, of course. Demon’s Souls on PS3 had some amazing ideas that laid the foundation for some excellent RPGs but mechanically… it kinda sucked to play. It ran terribly, controlled awkwardly and just made itself difficult not only by design but just by being painful to play.

That’s the significance of developing Bluepoint’s remake. While it doesn’t change any of what made the original game so unique and impressive at the time, it actually makes the game something you want to keep playing. Sure, a few new trinkets and a rather strange new secret door has been added, but the best part is how much better it feels to play. Controls are responsive and actually navigating the twisted, convoluted paths of Boletaria and beyond is no longer the main enemy of the game. Now players can actually admire the design of Demon’s Souls without being bogged down by continually walking into a hole because of your character’s exceptional stubborn attitude to walking. Yet while that’s an improvement that will probably only be noted by those that have played and enjoyed the original game, what’s an undeniably massive change (and probably the reason Sony wanted this game as a launch title) is how it looks. I’ve been writing about games for a while now and been playing them for even longer and I’ll confidently say that Demon’s Souls is the best looking game I’ve ever seen. From the new raytracing technology to the oodles or particle effects constantly dancing across the screen, it’s a miracle that the game is able to run as smoothly as it does will consistently impressing with gorgeous vistas and even more detailed character models and assets.

It sounds corny to say, but Demon’s Souls is the game that justified calling the PS5 “next-gen”. Let’s be honest here, the console has games that were designed purely to show off the graphical capabilities of the machine but don’t offer much in terms of gameplay. Demon’s Souls is able to both serve as that showpiece title but still function as an exceptional game divorced from how good it looks.

If you’re unfamiliar with the Souls franchise, the gameplay loop involves traversing a series of levels, killing dozens of smaller minions and eventually facing off against a boss at the end who’ll usually wipe the floor with your jugular. They’re brutal games, forcing players to reset to the beginning of a level upon death and robbing of them of their acquired souls, the currency used to level up and upgrade weapons. You’ll need to explore the environments, find some useful items and hopefully find a shorter path to the final boss which will require patience and a keen eye to eventually overcome. They’re some of the most satisfying games to beat and Demon’s Souls is no exception.

Demon’s Souls is a game that’s easy to lose yourself in. There’s an addictive loop to pushing past your comfort zone and being a little risky to see what’s around the next corner. Sure, you could die but… what’s behind that fog gate? A loading limitation of the PS3 still holds up as an excellent way to build tension and prod a player’s curiosity. It’s a testament to how Bluepoint go about their remakes that they know what to leave in and what to remove. Word Tendency, a confusing and convoluted system in the PS3 version, has been replaced with a separate menu that handily breaks it down and communicates the necessary information so much more efficiently. In fact, that might just be the most impressive aspect of this remake. Bluepoint Games has managed to take what was previously the most inaccessible and difficult to understand Souls game transform it into the most welcoming. It’s not only a joy to play but an absolute visual spectacle that needs to be properly seen in all that 4K glory to truly be understood. While certainly not for everyone (bar how much more approachable it is, it can still be frustrating your first few attempts) Demon’s Souls stands out as a fantastic launch time and the even better game overall. 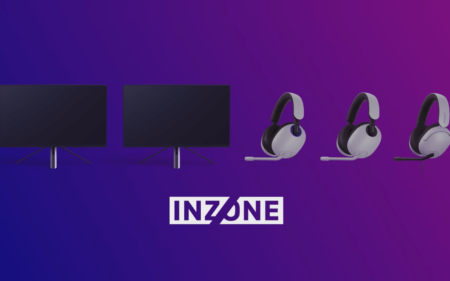